Real Madrid started their 2021/2022 Spanish La Liga campaign with a convincing 4:1 away victory against Deportivo Alaves. 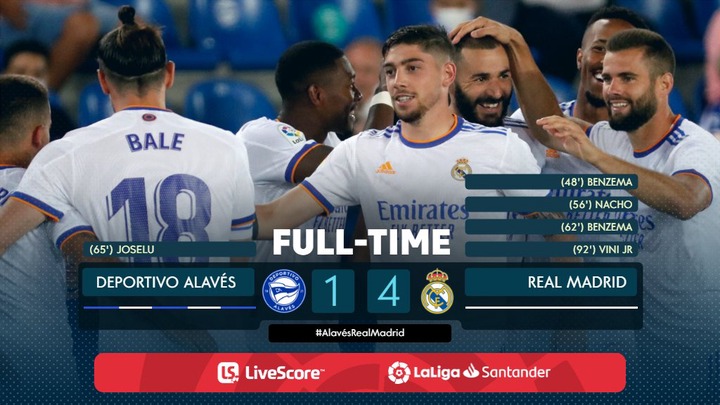 Zinedine Zidane started his strongest line up with the likes of Benzema, Eden Hazard and Gareth Bale leading the attack. Madrid started the game on high notes but Benzema, Hazard and Bale could not break the deadlock in the first half of the game.

Brilliant assist from Eden Hazard gave Real Madrid the opening goal in the 48th minutes of the game. The Belgian international assisted Kareem Benzema with his back hill inside Alaves 18yard box. 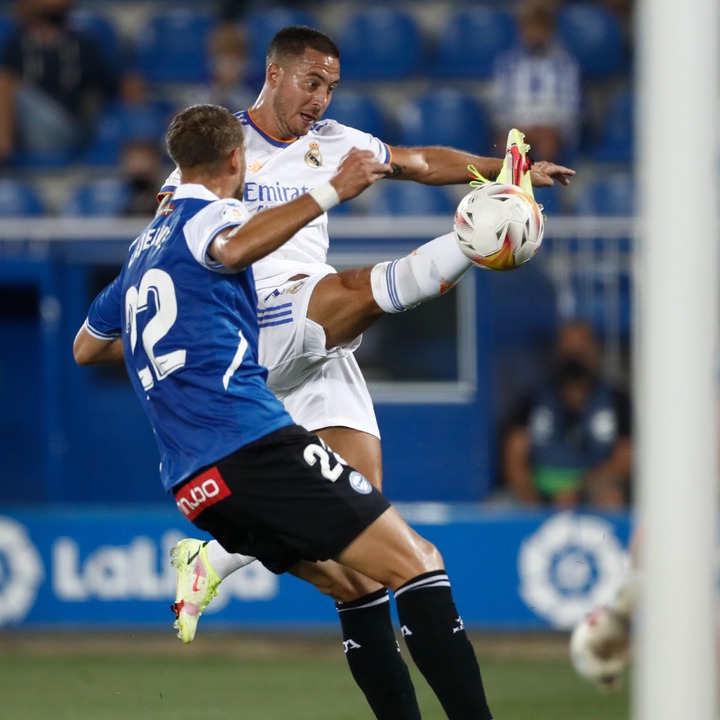 Madrid took over the possession after scoring the first goal and a brilliant assist from Luka Modric in the 56 minutes of the second half gave Nacho Fernandes his first goal of the campaign.

Benzema scored his second goal of the game before Alaves got one back from the penalty spot. A 90+2 minutes goal from Vinicius junior Completed the score 4:1. 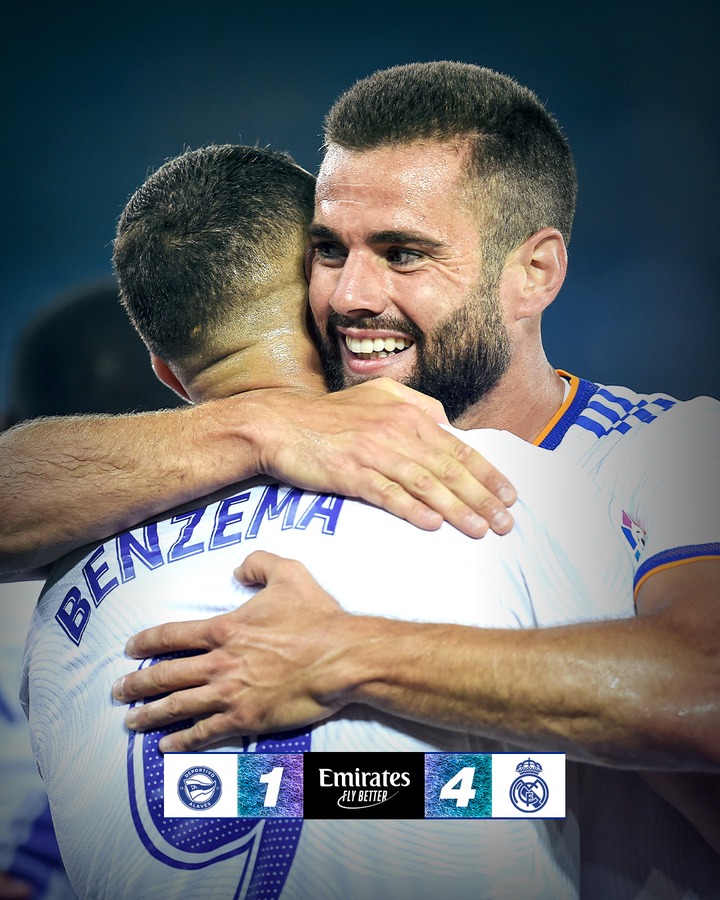 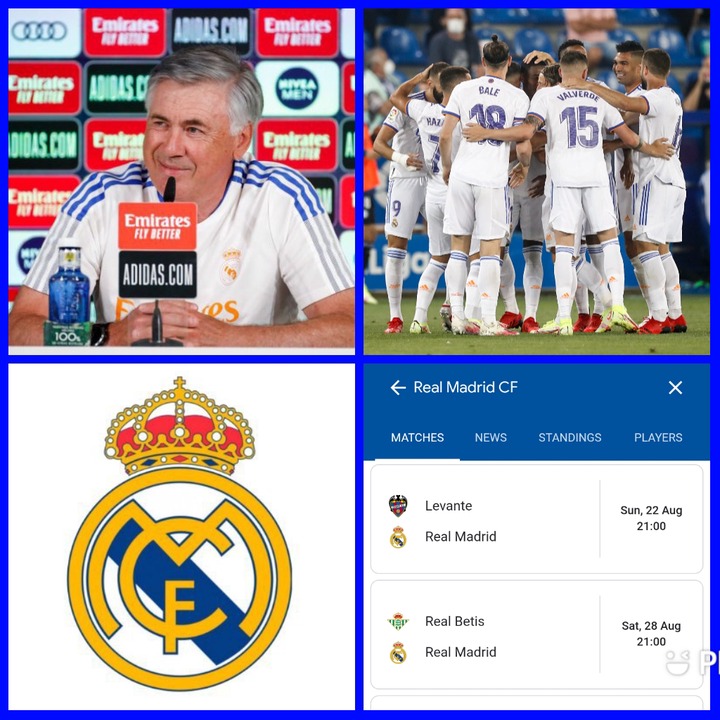 Real Madrid next game will be against Levante on the 22nd of August. Levante played out a 1:1 draw against Cadiz in their first match of the season.

Real Madrid will be playing Levante with a full confidence after the 4:1 victory against Alaves. With Madrid head to head record against Levante, Carlo Ancelotti might be recording his second victory in the 2021/22 La Liga campaign. 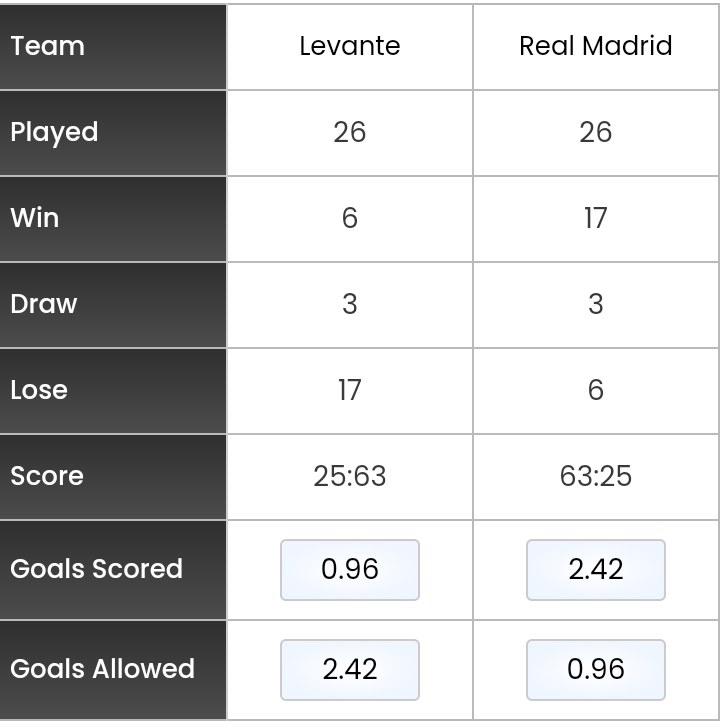 After playing Levante, Ancelotti will prepare his team to an away match against Real Betis. With Real Madrid wining Record against Betis, Carlo Ancelotti might be recording his third victory of the season. 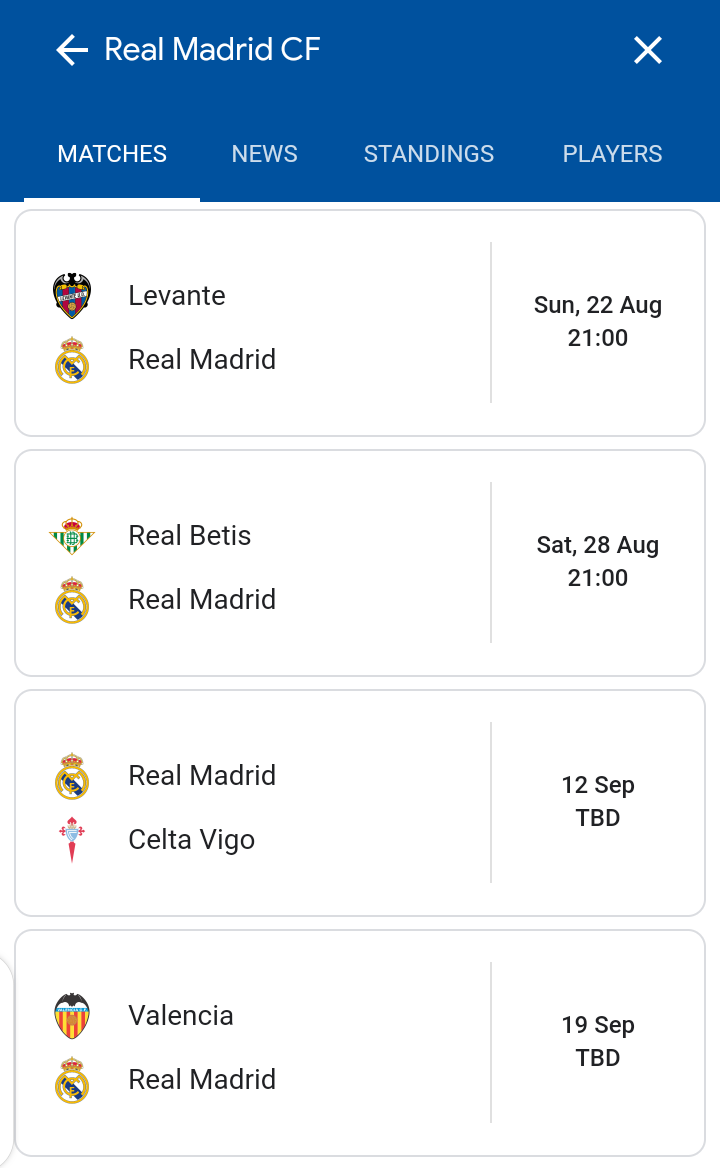 According to Real Madrid head to head record against Celta Vigo, the Spanish giants have a convincing wining record. Madrid will be hoping to maintain the 100% home win record this season. Celta Vigo played out a full time draw in their first league match it the season. Playing against the inform Real Madrid will require additional efforts from the players.

Carlo Ancelotti will be hoping Eden Hazard and Kareem Benzema can inspire their team to victory just like they did against Alaves. 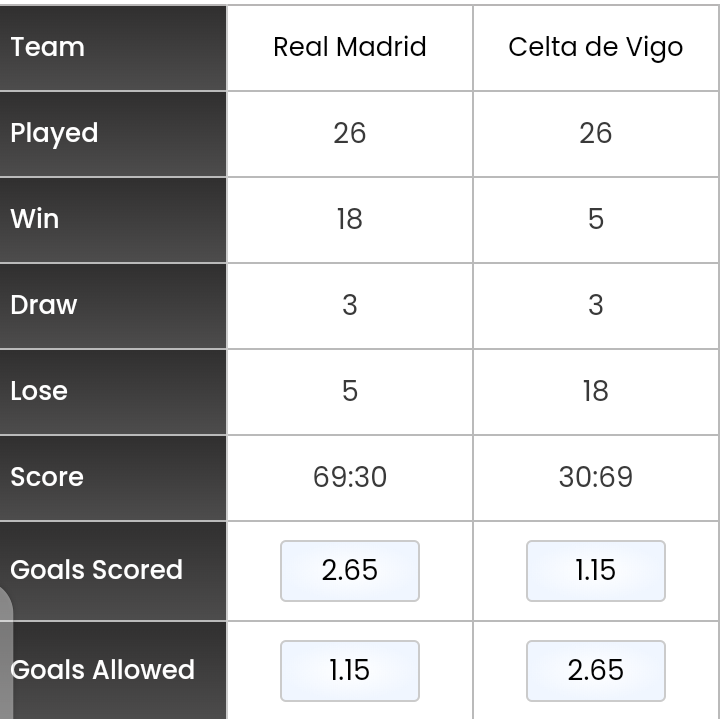 Valencia will be hosting Real Madrid in the week 5 of the Spanish La Liga. Real Madrid have a good head to head record against Valencia.

Both teams have played 37 times and Real Madrid have only lost against them 8 times.

With Real Madrid wining record against Valencia, Carlo Ancelotti will be hoping to extend it. 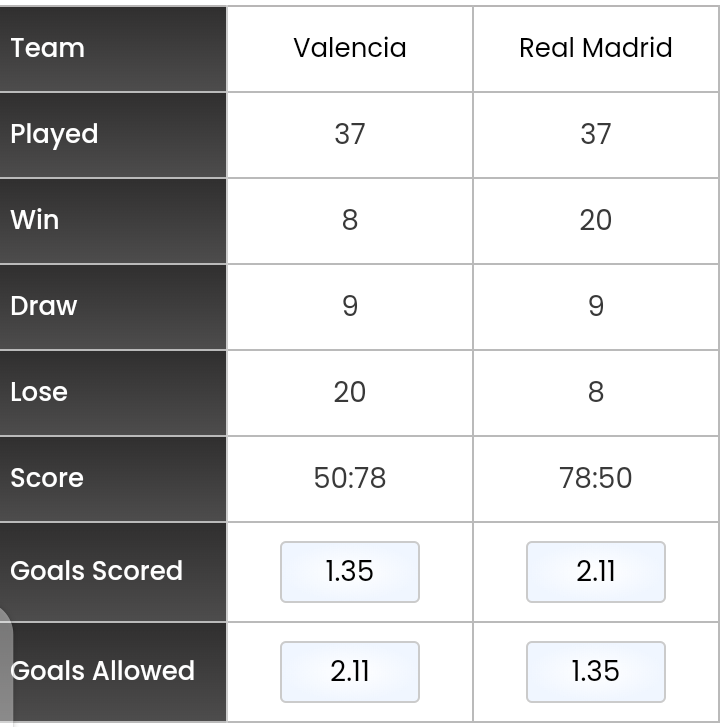 Do you think Real Madrid can win this season Spanish La Liga title?