Armed thugs who tried to rob former Arsenal player, Mesut Ozil and Sead Kolasinac have been jailed for more than 100 years for terrorising London, the United Kingdom with series of robberies. It was gathered that the eight men gang tries to rob wealthy people of their properties, while they demanded money or high-value watches from April 2019 to July 2020.

Jordan Northover, a member of the gang was involved in the attack on former Arsenal players who they tried to rob of their £200,000 luxury watches last year in London.

A video that was spotted online shows Kolasinac chase off the thugs while Northover threatened to stab him in the street.

It was reported that the gang members who were sentenced at Harrow Crown Court, carried knives or machetes to threaten victims committing around 20 offences.

The gang in a robbery broke a bedroom door before pushing an 80-year-old woman to the floor.

Germany midfielder, Ilkay Gundogan, has said that he is ‘sorry’ for teammate Timo Werner after the striker’s huge miss in their side’s 2-1 home shock defeat against North Macedonia in a World Cup qualifier on Wednesday night. 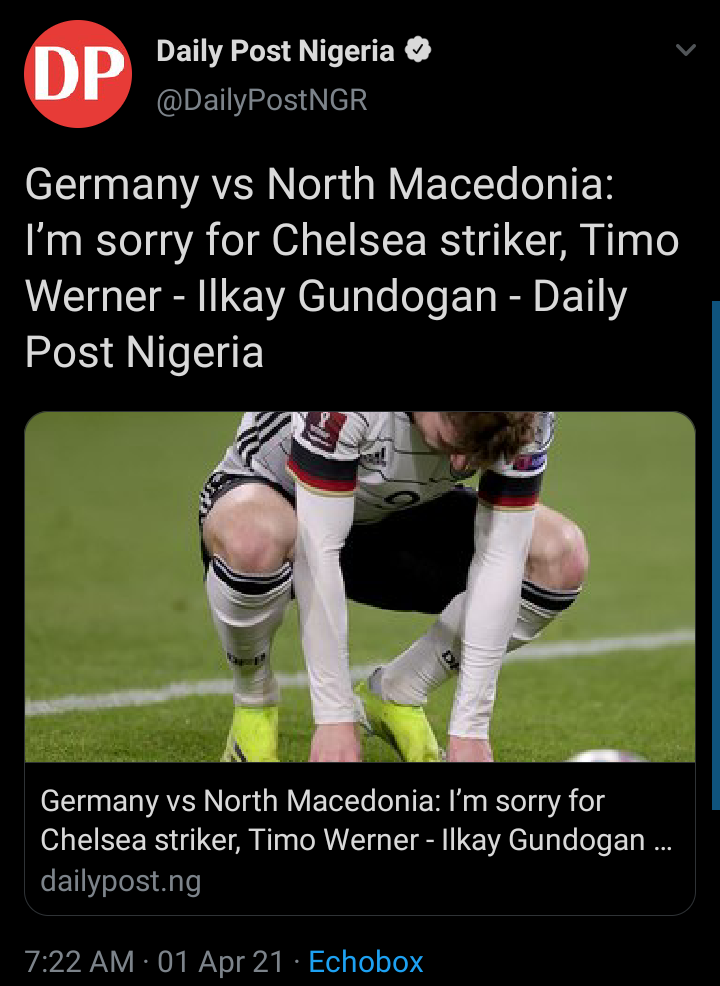 Gundogan scored a penalty in the 63rd minute for Joachim Löw’s side.

Werner had missed a huge opportunity to score in Macedonia’s penalty area after receiving a pass from Gundogan in the second half during the encounter.

Reacting to Werner’s miss after the game, Gundogan showed sympathy towards the 25-year-old forward.

“He’s the one who wants to score the most.

“We have no choice but to continue. We all know that such a defeat shouldn’t happen to us.

“That is not our right. It cannot be explained either. But that’s the way it is. We have to accept that.” 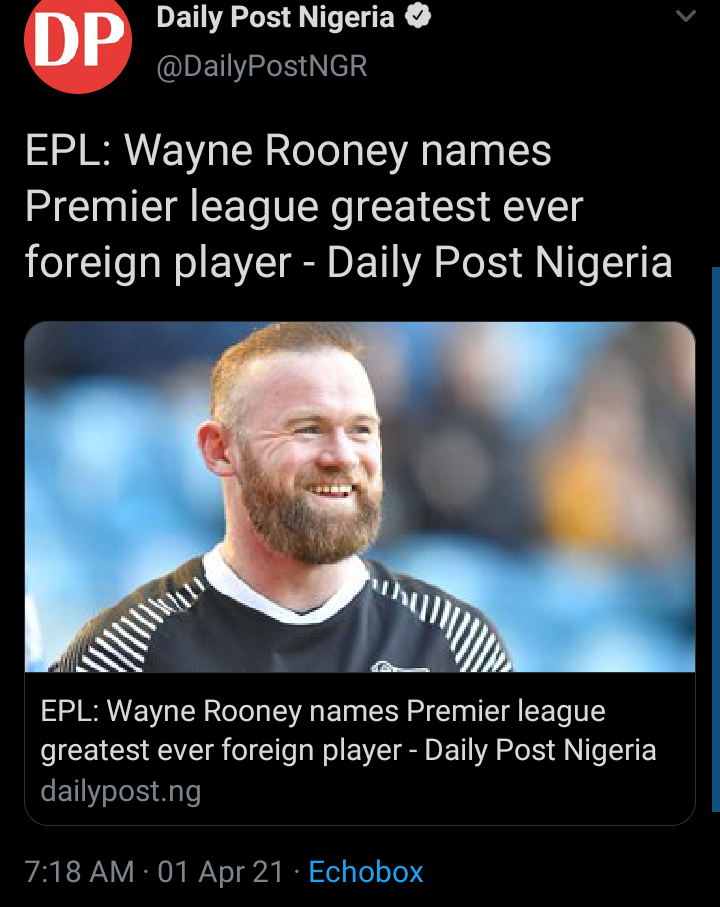 Rooney also said that departing Manchester City striker, Sergio Aguero is ‘right up there’ with some of the finest foreign imports to ever grace the league.

But the former England captain maintains that Henry who stars for the Gunners is the best ever overseas player on these shores.

“Aguero has been fantastic and is certainly right up there,” Rooney told a press conference on Wednesday.

“But if I was asked to choose then I’d probably say, Thierry Henry was the best foreign player

“There’s a few in a pack just behind him who are right up there like Aguero, Ruud van Nistelrooy, Dennis Bergkamp and Eric Cantona.”

Henry, a former France international, is considered one of the greatest strikers of all time.

He has also been debated as the greatest player in the history of the Premier League.

Russian boxer, Alexander Povetkin has been left ‘upset’ after he was knocked out by Dillian Whyte last week. 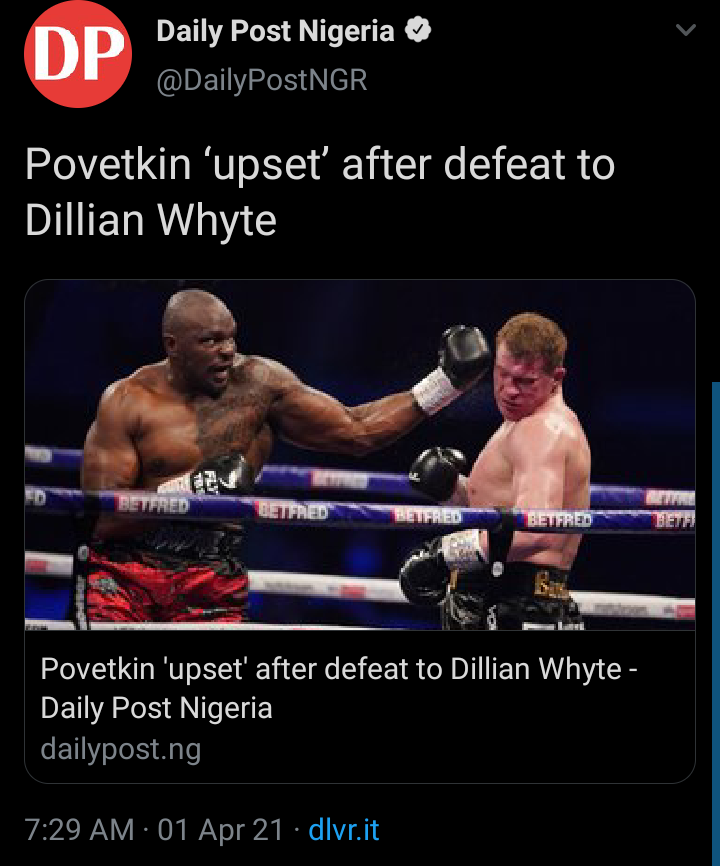 However, according to promoter Andrey Ryabinskiy, he is yet to make a decision on his retirement.

Povetkin was stopped in the fourth round as Whyte avenged last summer’s shock defeat in their ‘Rumble On The Rock’ rematch in Gibraltar.

He had hoped to stay on course for another world heavyweight title fight, having challenged Anthony Joshua unsuccessfully in 2018.

“Sasha, of course, is upset that he couldn’t beat Dillian.

“But it’s sport, you need to be prepared for any outcome.” 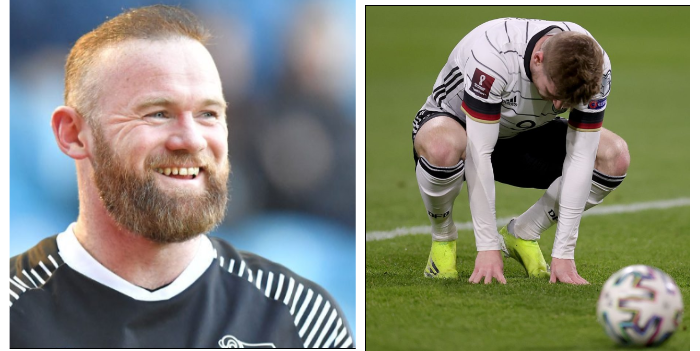 How Manchester United Could Line Up Next Season With Sancho, Kane And Rashford In The Attack

Opinion: 5 Reasons Why Chelsea Will Beat Leicester in the FA Cup Final

OFFICIAL: Winners Of Premier League Manager And Player Of The Month Revealed