Super Eagles of Nigeria dazzler Chidera Ejuke was outstanding for CSKA Moscow football club of Russia on Monday evening, as he played another crucial role in their deserved 1-0 home League victory over City rival Spartak Moscow football club at Arena CSKA in the week 8 of the Russian Premier League. The former Heerenveen football club star was given another starting role by his coach, following his outstanding performance for the club in their previous matches and he was able to impress again.

Prior to the start of the game, the Nigerian international was given a standing ovation by the club fans and players as he received the club's best player of the month of August award. 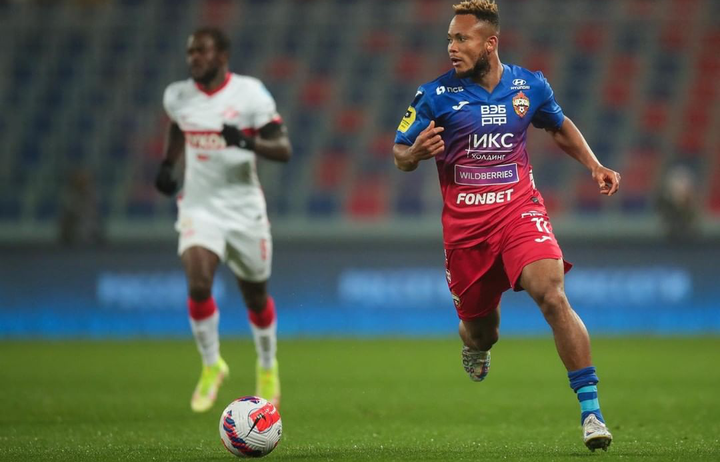 CSKA Moscow football club posted on their verified Instagram handle after Chidera Ejuke was given the club's best player of the month of August award that;

"Chidera Ejuke with August's best player award from our sponsor, which was given to him before the match." 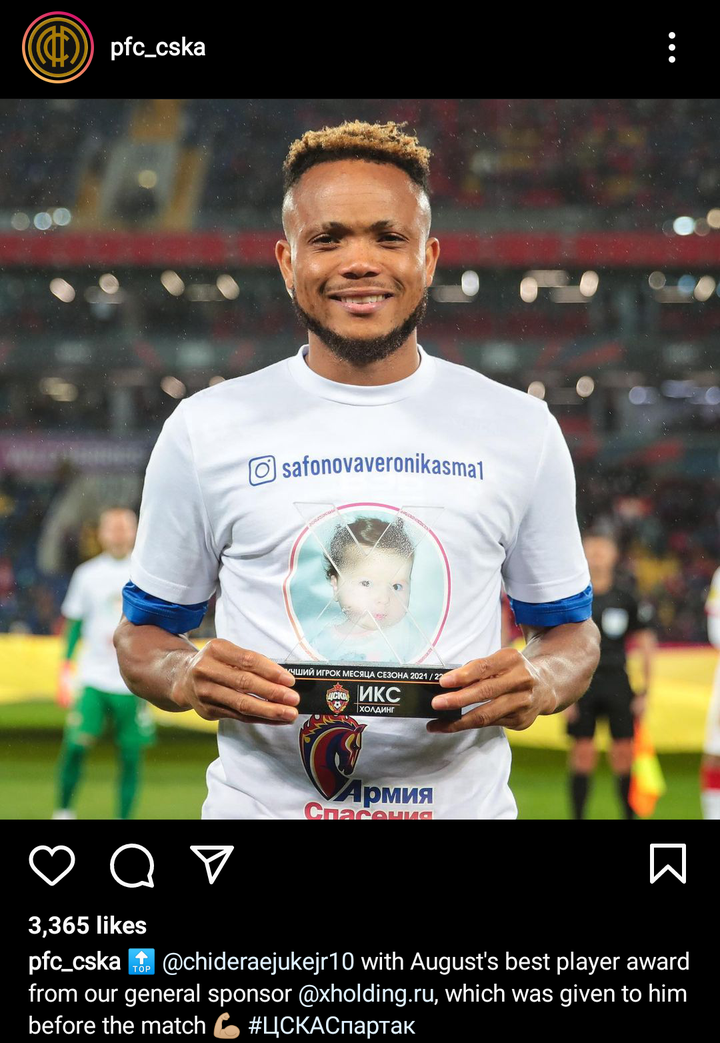 Ejuke played CSKA Moscow's all matches in last month and he was able to score two goals and provided two assists for his teammates.

The Nigerian star started again in his team's attacking midfield alongside Russia national team star Fedor Chalov and the duo were exceptional for the home team.

After playing out a goalless draw in the first half of the game, Anton Zabolotnyi scored the only goal of the game in the 81st minutes to end the match 1-0. Chidera was superb for his team in the entertaining encounter and he was able to play a vital role in the team's deserved victory over their City rival.

The Nigerian international will now be looking forward to continuing his impressive run of form for the club when they play their next League game this weekend.

Congratulations to Chidera Ejuke on his well deserved award.