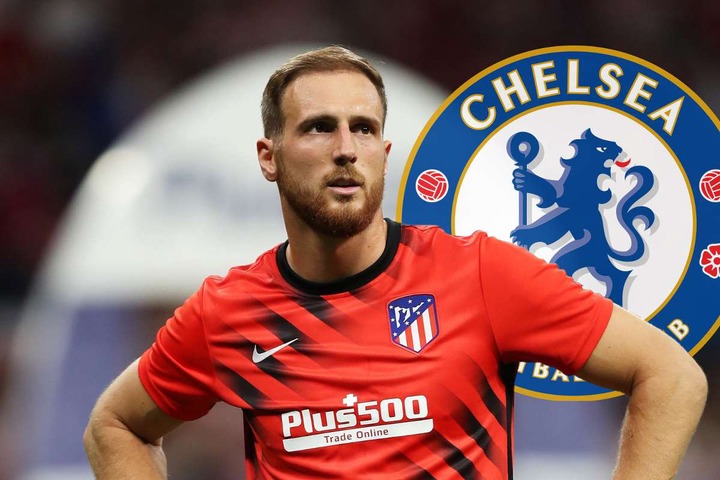 Lampard is eying a move for a new goalkeeper as he has reservations over the form of Kepa. Chelsea have contacted Atlético about the availability of Oblak, though it is likely that they would have to meet the Slovenian’s €120m release clause.

If Chelsea get an offer of £80m for Kante do we take it or reject it out of hand?

Remember we could sign Rice & Oblak(Kepa+💰) for that money.

We have Billy,Ampadu,Kova, Jorginho,RLC,Mount,Barkley & Havertz to play in 3 available midfield spots.

Need to focus on LB - Tagliafico or Telles

Ziyech and Werner signed, personal terms agreed with Havertz and confirmed interest in Oblak. Exciting times to be a Chelsea fan 🤩

I genuinely feel like we're doing something illegal 😂. Oblak is a though one. Simeone can't afford to let him go imo but then again it's hard saying no to 100million.

Who would you rather have at Chelsea?

Who do you think we should go considering other positions?

Who do you think is a more realistic target?

Signing a new GK should be easy due to the variety of options we have.

If Chelsea do a madness and get Oblak/ Onana Havertz Rice and Koulibally we aren’t touching them this season. That’s a 10/10 window with players brought in also. BIG CLUB MENTALITY right there. Wish we were like them but unfortunately I guess not

Chelsea are also hoping to fund Jan Oblak through a swap with Kepa + £48 million owed for the Morata deal. Atletico are aware of this and because of financial difficulties most likely have to offload the Keeper. Negotiations are yet to start. Chelsea can take advantage of this.

We are being told Chelsea are preparing an offer in the region of €65-75 million for Atletico Madrid number 1 Jan Oblak. With Atleticos fanincial structure & debts the club would most likely sell instead of swapping for Kepa. Kepa expected to leave for Valencia on a loan deal.

• No More Worrying About Reece

• Chelsea’s Player of the Season

I have no worries with Chelsea spending money on players. They need it. But imagine the backlash we would get if we were about to spend £100m+ on Oblak or Havertz. People are acting as if it isn’t happening. It’s the same with United and Arsenal