Teams With Up And Down Week

By ManchesterUnited (self media writer) | 1 year ago

Title races are getting exciting in France and Spain, while another has been pretty much put to bed in Germany.

After a chaotic week in football, there has been some up and down movement amongst our Power Rankings with a new entry and some big hitters dropping like stones. 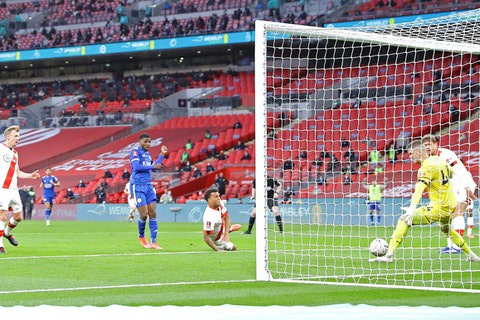 The Foxes booked a place in their first FA Cup final since 1969 with the 1-0 win over Southampton on Sunday.

Brendan Rodgers could lead the club to the Champions League for the first time since they won the league in 2017 and if he adds a trophy on top of that then Leicester will have well and truly cracked in to that infamous ‘big six’ in England.

Erik ten Hag has built another exciting young side in Amsterdam and they got over the blow of being knocked out the Europa League by Roma on Thursday by going on to win the KNVB Cup final on Sunday.

With an 11-point gap on PSV, another Eredivisie title is around the corner as well.

Fresh of a week where they progressed to the semi-finals of the Champions League and won El Clásico, Real have been brought back down to the earth.

A depleted team drew 0-0 with Getafe allowing Atlético de Madrid to gain ground on them in the LaLiga title race. Thankfully for them, the injuries are finally starting to clear up and they recovered with a 3-0 win over Cádiz last night, but it’s now out of their hands. 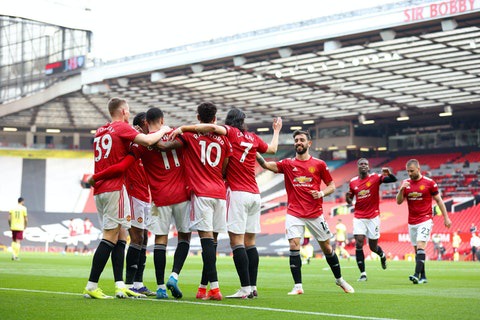 Europa League semi-final place booked. The gap at the top of the Premier League shortened to eight points. Mason Greenwood back in form.

It’s been a good week for Ole Gunnar Solskjaer.

Thomas Tuchel continues to impress in the Stamford Bridge dugout.

It’s now 16 clean sheets in his 20 games in charge with a Champions League semi-final and now an FA Cup final to look forward to.

A repeat of 2012 under Roberto Di Matteo could be in the offing.

It’s been a rare bad week for Manchester City and Pep Guardiola.

The 2-1 loss to Leeds last weekend came as a result of a number of changes for the first team but Guardiola was justified by that decision when they qualified for the final four of the Champions League in midweek.

But he rung the changes for the FA Cup semi-final against Chelsea and City looked blunted, out of sync and were punished for it. The quadruple dream is over.

There was a point this week where PSG could’ve been named European champions without even kicking another ball in the competition this season.

But the Super League has died a death and the semi-finals will still be played, and Mauricio Pochettino’s side handled Bayern Munich with the type of panache that deems them capable of winning the big trophy anyway.

PSG gave their Ligue 1 title hopes a huge boost with a crazy 3-2 win over Saint-Étienne in a game where the first goal was scored in the 79th minute, and PSG were pegged back in the 92nd before Mauro Icardi won the game in the 95th.

Barça were phenomenal in the 4-0 Copa del Rey final dismantling of Athletic Bilbao on Sunday evening.

The club, amongst 11 others, may be needing to learn a few lessons off the pitch at the moment but they handing out a few teachings of their own to Marcelino’s side in Sevilla.

Lionel Messi seems to pick the Basque club to score his most memorable goals against, as he produced another majestic work of art as Ronald Koeman’s side destroyed their opponents in a chaotic, 12-minute burst.

And the title is still in their grasps …

The 1-1 draw with Napoli shouldn’t have any detrimental effect on their Serie A title chances, they still hold a commanding nine-point lead on second-placed Milan.

But it represents the first time they’ve dropped points since the 0-0 draw with Udinese on January 23, after an incredible 11-match winning run. 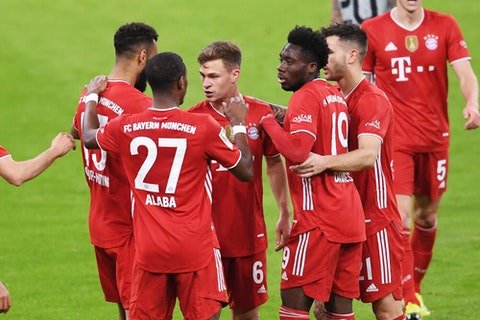 Bayern Munich are on their way to a ninth successive title after pretty much sealing it with their previous two results.

Despite missing Robert Lewandowski, Hansi Flick’s side overcame a stubborn Wolfsburg side 3-2 on Saturday to move clear after RB Leipzig dropped points on Friday night.

They then shrugged off the revelation around Flick’s future to put Leverkusen to the sword on Tuesday evening, taking advantage of another slip-up from Julian Nagelsmann’s men to open up a ten-point gap and all but seal the Bundesliga.

Content created and supplied by: ManchesterUnited (via Opera News )