Arsenal coach Mikel Arteta reveals the thing that will make Aubameyang extend his stay at Arsenal. 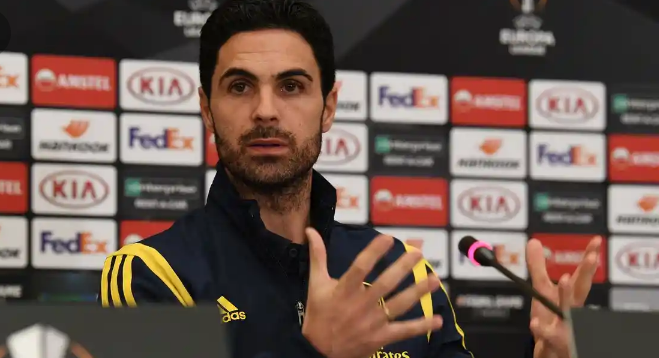 Arsenal are currently battling to get their talismanic forward Pierre-Emerick Aubameyang to sign a new deal.

Pierre-Emerick is currently the best striker at Arsenal now and the Gabonese is really having a good time, despite the tough times Arsenal have been having.

Against Manchester City in the FA Cup semi-final clash yesterday, the forward scored two quality goals to send arsenal into the final of the competition. A competition in which they are the most successful club, with 13 trophies and are on the verge of making it 14.

However, Aubameyang is yet to commit his nearest future to the Gunners. The former Borussia Dortmund star has only about a year remain in his contract and would be a free agent come next transfer summer.

Aubameyang who revealed that the Gunners knows what he wants has been so professional and has not allowed any exit talk to affect his performances on the pitch.

Arsenal are reportedly working towards making their star man and club captain to sign an extension and Arsenal head coach has now revealed what they must do.

According to Mikel Artet, beautiful moments like Arsenal's FA Cup semi final win over Manchester City can help convince Pierre-Emerick Aubameyang to remain at Emirates, according to Goal.

Arteta believes that if Arsenal can be turning in good dis plays, Aubameyang would stay.