Another Nigerian youngster is exhibiting promising potentials and huge signs of a great career ahead of him in France, where he is currently being rated as the next whiz-kid with awesome qualities to become a star player within the next couple of years. 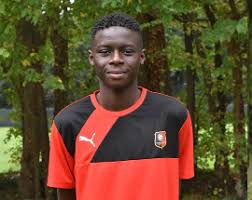 So much is currently been said about Victor Osimhen at Lille Metropole, the duo of Josh Maja and Samuel Kalu at Girondins-Bordeaux as well as Moses Simon with FC Nantes, among the current generation of players in Napoleon Bonaparte’s country, but Nigerian football fans will now watch out for a new kid on the block. 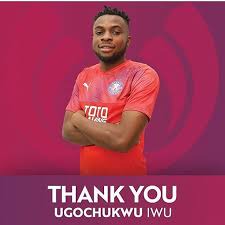 Incidentally, the lad under focus is currently growing through the ranks with a top club that has a strong Nigerian tradition in France, where he is now billed to get better attention with the side that once paid the wages of former Super Eagles’ stars, Apam Onyekachi, John Chukwudi Utaka and Elderson Uwa Echiejile, whose value and impacts the latest lad to shout about wants to improve upon.

This is the story of 16-year-old Lesley Ugochukwu, who recently signed a professional contract with Stade Rennes of France, thereby setting a record as the youngest player to seal such a top-notch deal with the French Ligue 1 club.

Having now inked a three-year professional contract with the ambitious outfit, Ugochukwu said he is happy to see the deal finally come to pass, but admitted he has to work even harder and put in extra zeal; in order to justify all confidence reposed in him by the club’s crew. 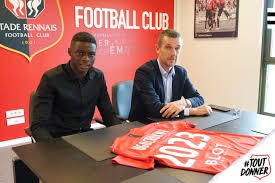 The fledgling midfielder has already declared that he wants to make the best of the opportunity granted him with the new deal, even as he admits he is truly excited with the rare chance that has come his way; after spending seven years in the club’s youth ranks.

After committing himself to The Red & Blacks until 2023, the physically endowed, powerful and tall midfield enforcer says he wants to follow the style of his role model, ex-Arsenal of England captain and French former international, Patrick Vieira.

The youngster, who is eligible to play for the nation of his birth, France, and his father’s country, Nigeria, at full senior national team level, declared boldly that he will do everything possible to make the best of his recent elevation that had long been expected.

The club disclosed that their deal with Ugochukwu comes after they also recently acquired the signatures of Adrien Truffert, Warmed Omari and Junior Kadile; hence their declaration that it was another step forward for them sealing an agreement with the Nigerian-born lad, who joined the academy at Stade Rennais as a nine year old. Incidentally, Ugochukwu has already opted to represent Nigeria at international level, instead of France, and the youngster, who was born in 2004, hinted that he would love to start wearing the nation’s green-and-white colours from the youth level.

Having already missed out on an invitation to the country’s unde-17 national team, Golden Eaglets, Ugochukwu has now turned his attention on a possible call-up to the next selection of the under-20 side, Flying Eagles or the under-23s, Olympic Eagles.

A citation for the youngster disclosed that he is already dubbed ‘The New Patrick Vieira,’ as he styles his pattern of play after the former Arsenal and France international midfielder, with analysts also noting his similar physical attributes, great height, powerful displays and tireless mobility on the pitch. The technical report about him reads in part: “Ugochukwu is on the radar of some of the most glamorous clubs in France and Rennes had to offer him a new deal in their attempt to fend off interest from their rivals. Ugochukwu, with his imposing stature, is a delight to watch.

“He is blessed with excellent physical attributes. (He is) powerful and tall for his age. The highly-rated teenager, who is comfortable playing as a defensive and attacking midfielder, has the full blessings of his father to play international football for Nigeria.”

That means he is a promising prospect, with attributes for a glorious future with Nigeria, where he could become the next talent born abroad that would gleefully switch elegance from the country of his birth to commit himself to a future of playing in green-and-white; while seeking to put smiles on the faces of the insatiable teeming fans of the three time African champions. For now, though, the immediate thought on Ugochukwu’s mind is how to settle down quickly into pre-season training with Rennes, as he steps up in status and cadre, with a target of moving on even faster than he has enjoyed over the past seven years, as he now ranks as a professional.

Now that he has committed himself to The Red & Blacks for three years, Ugochukwu has been promoted to Rennes’ under-17 side for the upcoming season and he was quick to state his huge ambitions and bold desires with the team; even as he admitted that the onus is now up to him to justify all the confidence the coaches and officials have in him. 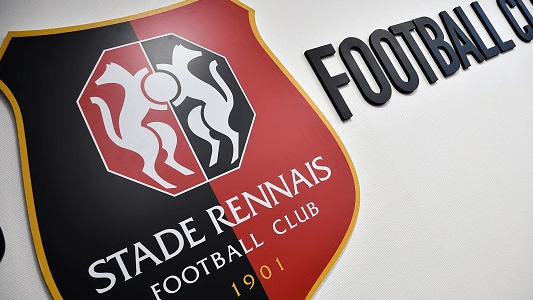 Ugochukwu stated: "This signature in my training club represents a lot. It’s a source of pride for me, who have been there since the under-9 category. I’m really excited, even if this signing is just a step. Now it's up to me to work hard to be able to join the pro group.

"Last season was special for me, because I had an injury that kept me off the pitch for quite a while. I knew how to take my pain patiently. Now, I’m looking forward to going back to the field and proving that I deserve what’s happening to me today. "