By Opeyeminews (self media writer) | 5 months ago Belgium national team star Romelu Lukaku has broken Arsenal Legend's record after netting a goal in his team's 2-0 away victory over the Gunners at Emirates Stadium on Sunday evening. 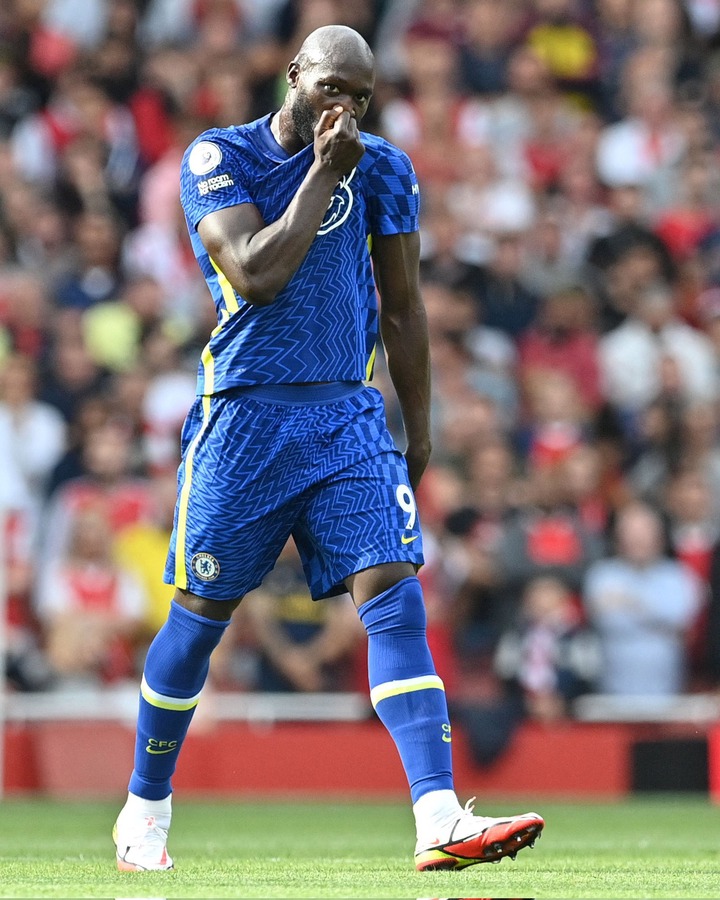 The former Inter Milan football club star was given a starting role by coach Thomas Tuchel and he was able to impress on his debut game, as he guided the team to a deserved victory.

Romelu Lukaku started ahead of Timo Werner and he was able to score a classic goal for his team. 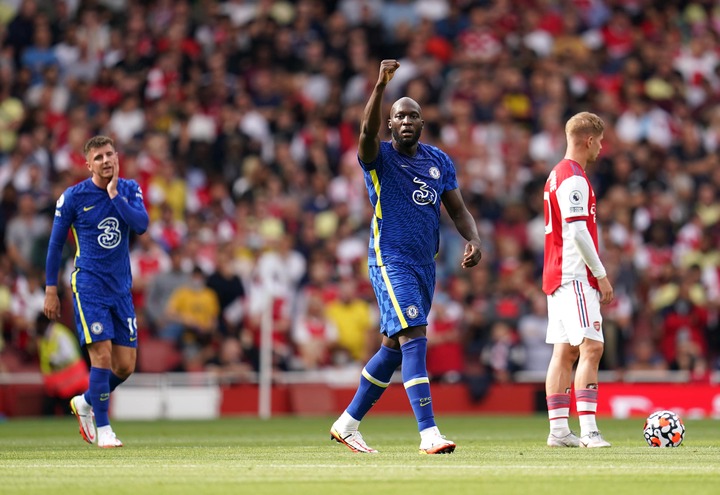 The former Manchester United FC star opened scoring for the Blues in the 15th minutes before Reece James doubled the lead in the 35th minutes to end the first half 2-0.

Chelsea FC tried to score more goals in the second half of the game, but all their efforts were not successful, as the match ended 2-0. 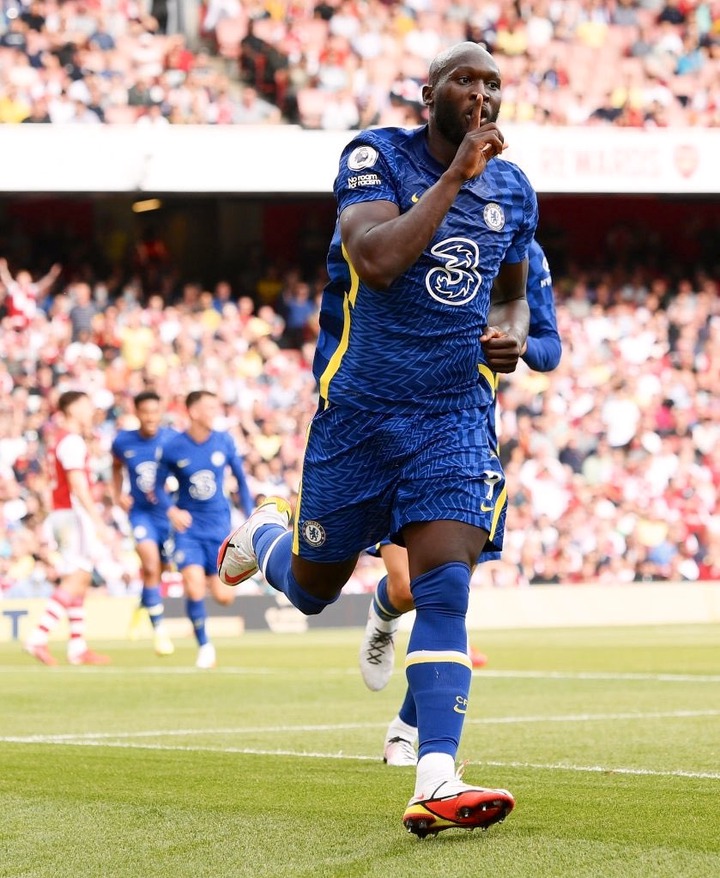 With Romelu Lukaku's goal it means he has scored 114 goals in the English Premier League, and he has broken Ian Wright's record. 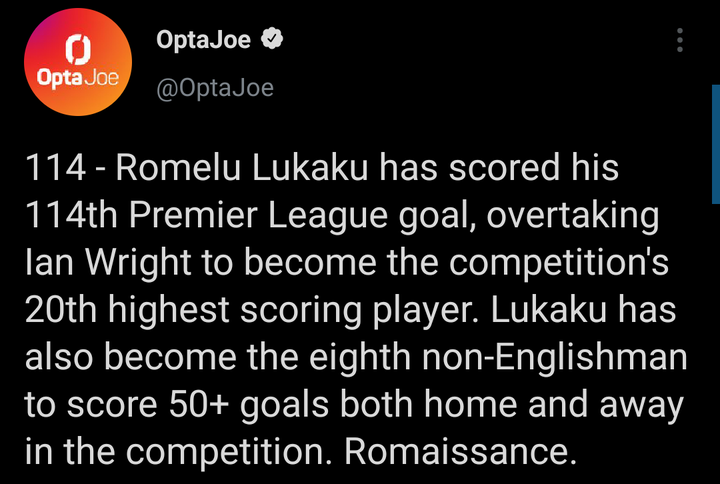 The former Everton star will now be looking forward to continuing his impressive performance when they play their next game.