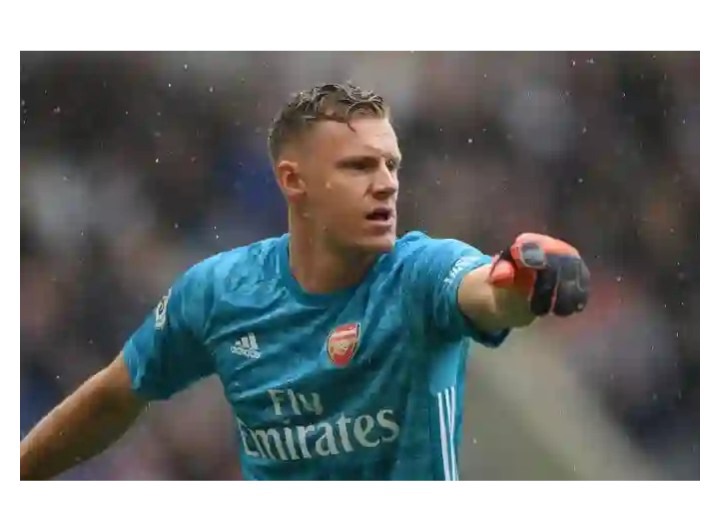 Bernd LENO was been rumoured to possibly be out of action for up to 12 months.

His injury came during the weekend while the Gunners were playing an away to Brighton. The Germany international shot stopper wasn’t really tested while he was on the pitch not until he was about to catch an aerial loose ball which resulted into a collision with Brighton’s forward Maupay.

To add to Arsenal’s woes, Maupay, whose antecedent led to Leno’s injury was the eventual winning goalscorer in the last minutes of the second half. This led to an uproar between both teams especially after the game, as Guendouzi in particular, was seen confronting the Brighton’s forward. Arsenal players’ grief looks understandable as the team have been unlucky when it comes to injuries. Arsenal had lost Granit Xhaka and Pablo Mari to injury against Manchester City, they’ve still got Torreira, Soares, Chambers and Sokratis recuperating from their injuries as well. So Leno’s injury came at a time things weren’t going as expected for the team. His contribution to the team between the post has been immense so far and his absence will definitely be sorely missed in the team regardless of who replace him. The club website have reported there is finally a positive news concerning Leno’s injury after detailed assessments. It was stated that the 28-year-old sustained moderate ligament sprain during Brighton & Hove (a) on Saturday and he’ll just be out of action for few weeks between four to six weeks before returning to full training.

Though Leno might not be able to feature in the remaining eight league matches left in this campaign but his early return to fitness compared to the rumoured lengthy period on the treatment table will undoubtedly put a smile on Arsenal’s fans and also the manager Mikel Arteta will be pleased with the new development.