By HenryOkoduwa2012 (self media writer) | 6 months ago 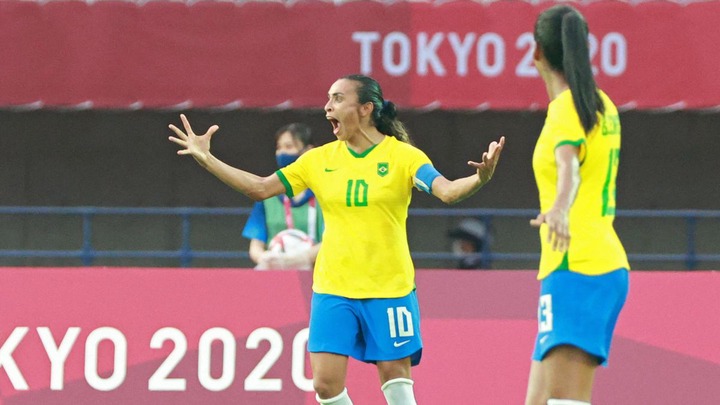 It's no longer news that Brazil kicked off their campaign for a football gold medal at the ongoing Tokyo 2020 Olympics in style on Wednesday after they handed China a comprehensive 5-0 thrashing.

What is new, however, is that a certain lady by the name Marta (full names, Marta Vieira da Silva) scored two of the goals to enter the record books as the only player of any gender to score at 5 different Olympic Games football event.

Marta had opened the scoring in what would turn out a goals feast for the Brazilian women after she scored in the 9th minute before teammate, Debinha upped the scores a few minutes later.

The Orlando Pride striker known for her skill and flair on the ball would then strike again in the 74th minute before her colleagues -- Andressa and Beatriz -- completed the rout as Brazil targets her first gold in women's football at the Olympics. 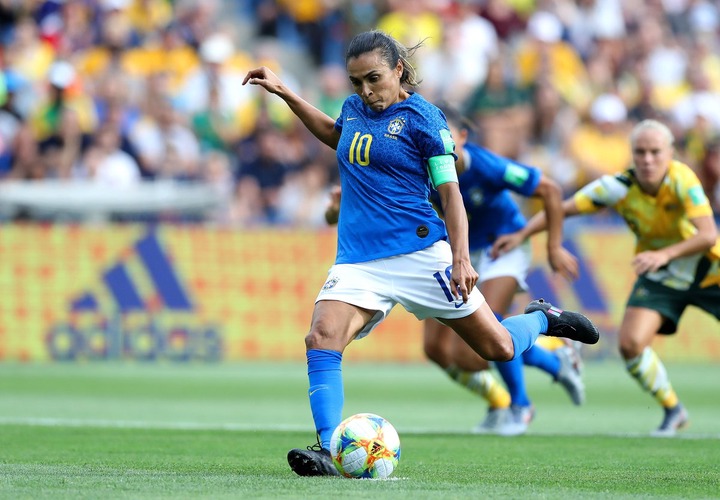 Marta's latest achievement only accentuates her already well laundered profile. Here are 5 other major career landmarks you probably never knew about Marta, the legendary female footballer from Brazil, land of the Samba... 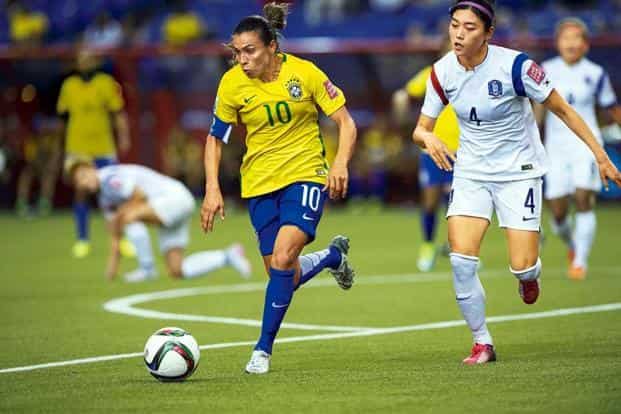 Marta at 35 is probably one of the oldest players still plying her trade at the highest level of the sport 21 whole years after she kicked her first ball as a full-fledged professional.

Since 2000 when she debuted for her country's top club, Vasco da Gama, she has played for 9 other top clubs across Europe and South America. 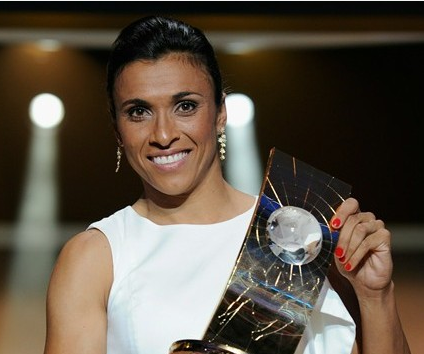 She also won a silver at the 2006 edition hosted by Argentina.

What's more, she has won two editions of the Pan-American Games with her country on two occasions at Santo Domingo in 2003 and Rio de Janeiro in 2007. 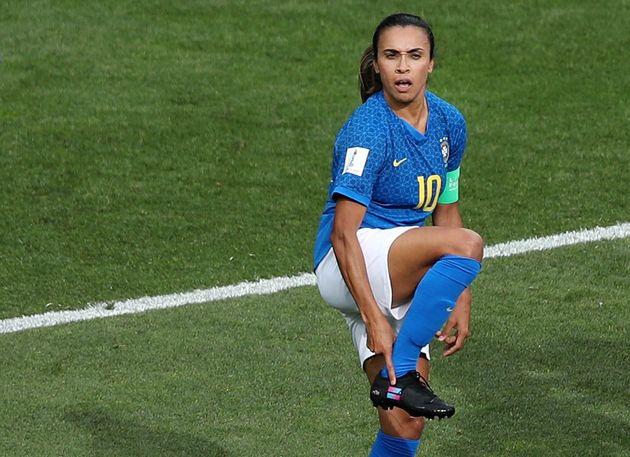 In her native Brazil, she is known as 'Pele with Skirts', in reference to her near similarity in play to that country's iconic football superstar, Arantes do Nascimento aka Pele.

Marta's extraordinary skills and her uncanny ability to create chances for her teammates to score has earned her the appellation which seems to have stuck over the years.

On a certain day in which she dazzled a mammoth home crowd to snatch victory for her country in a well attended football game at the famous Maracana Stadium, she was honoured with an imprint of her feet which remains etched at the stadium till date. 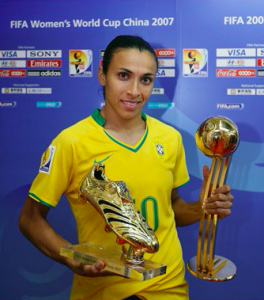 Marta holds the record for most goals in international football, male or female. With 111 goals for her country, she is world football's highest goalscorer at the international level.

Her 17 goals at the World Cup, makes her the record holder for most goals scored in the FIFA World Cup tournament (women or men's).

Moreover, she is the first footballer of any gender to score at 5 World Cup editions, a feat matched only by Christine Sinclair in 2019. 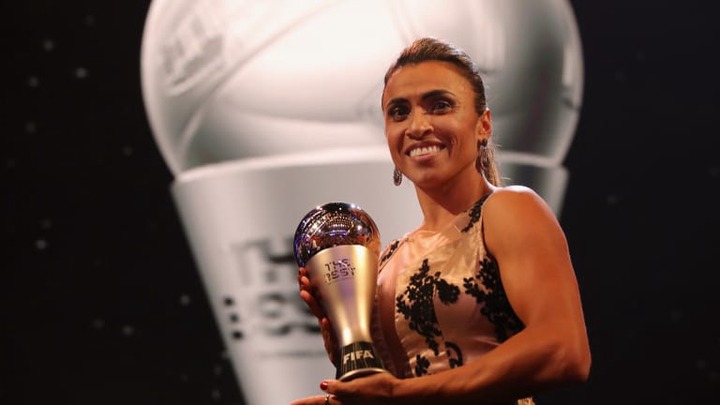 Marta has not only shown a mastery of her football skills on the field, she has also been known to be as good off it.

She is a United Nations Goodwill Ambassador as well as a fluent speaker of Portuguese, Swedish and English.