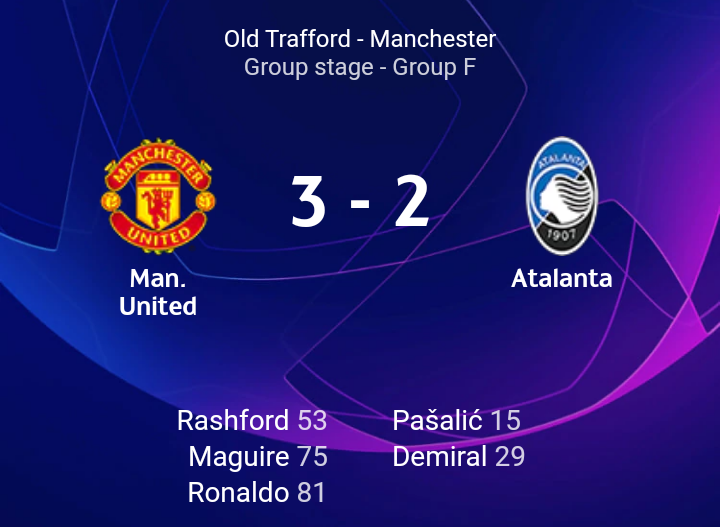 Matchday 3 fixtures continued today with many players putting in impressive performances for their respective clubs. Today's fixtures mark the end of matchday 3 with the likes of Barcelona, RB Salzburg getting vital victories.

Barcelona got their first win of the campaign against Dynamo Kyiv in a boring match which ended 1-0. The match lacked life but Barcelona was still able to score the vital goal which gave them all three points. The goal was scored by veteran defender, Gerard Pique, and the assist was provided by Jordi Alba, who was the most lively Barcelona player all through the match. This earned the Spaniard left-back the UEFA Man of the Match award. 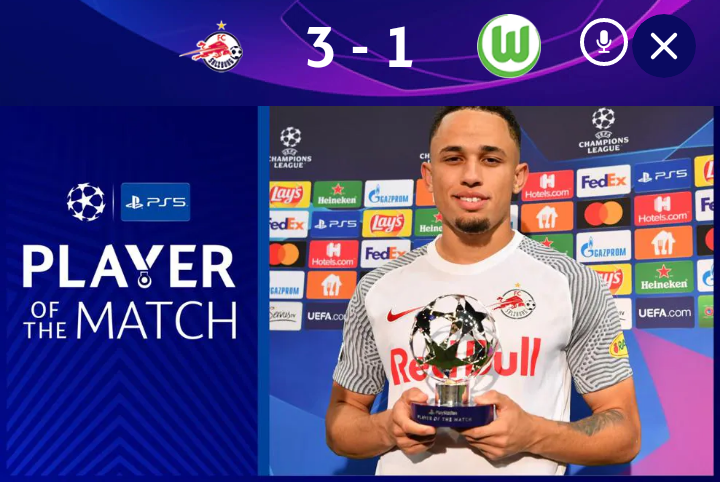 RB Salzburg got a well-deserved 3-1 win against Wolfsburg and Nigerian striker Noah Okafor, who scored a brace for the Austrian side won the Man of the Match award.

Bayern Munich played against Benfica on matchday 3. The match ended nil-nil in the first half and it took Bayern Munich until the 70th-minute to break the deadlock. Kingsley Coman was at the centre of every attacking move Bayern Munich made and although he didn't score or assist a goal, he won the Man of the Match award for his directness and outstanding 1v1 display. 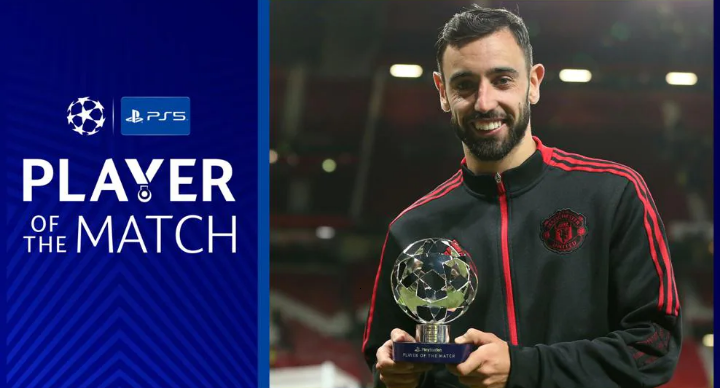 Manchester United came from two goals down to win 3-2 against an energetic Atalanta side. The Red Devils had a frustrating first half which saw them go 2-0 down but they bounced back through goals from Marcus Rashford, Harry Maguire, and Cristiano Ronaldo. Bruno Fernandes, who provided two assists, won the Man of the Match award.

The other game in Group F, which was between Young Boys and Villarreal ended 4-1 in favour of Villarreal. This ensured that the Spanish side moved up to second place. Villarreal's goalkeeper, Geronimo Rulli won the Man of the Match award. 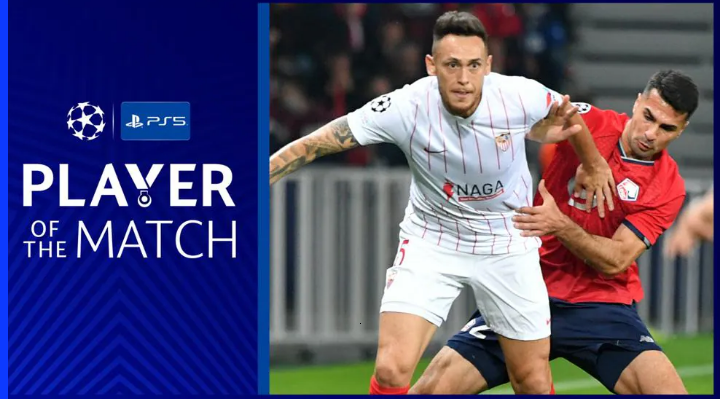 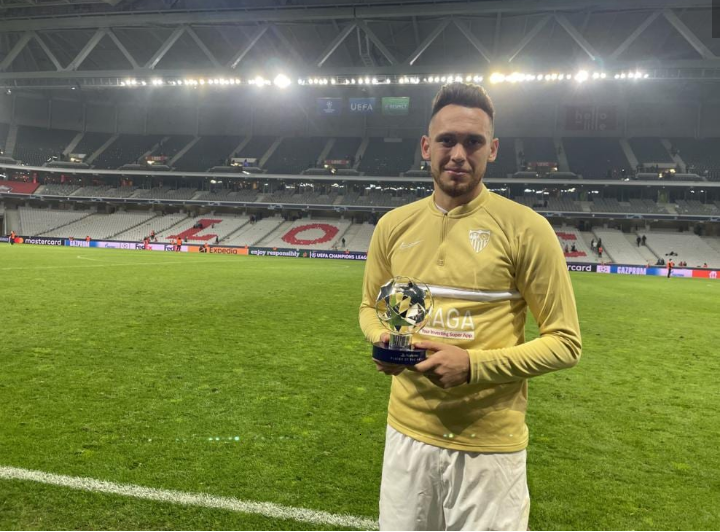 Lille and Sevilla played a nil-nil draw and the Man of the Match award was won by Sevilla's attacker Lucas Ocampus, who was a thorn in Lille's flesh all night.

Chelsea blew Malmoe away with a fine display in a match that ended 4-0 in favour of Chelsea. Kai Havertz, Christensen, and Jorginho (2 penalties) got their names on the score sheet. Jorginho won the Man of the Match award. 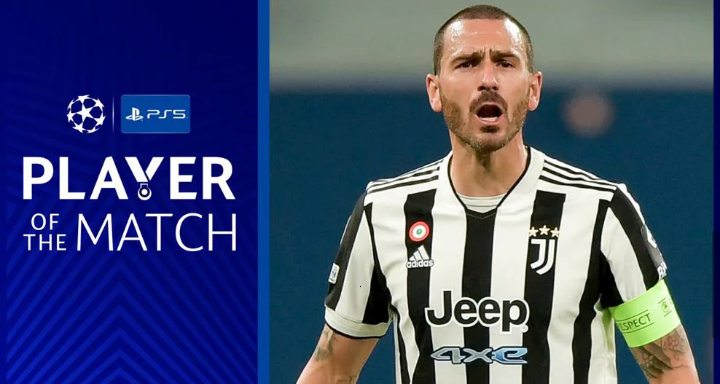 Juventus edged Zenit Saint Petersburg 1-0 in a tight match with winger Dejan Kulusevski getting the winning goal in the 86th-minute. Leonardo Bonucci, who helped Juventus keep a clean sheet, picked up the Man of the Match award.