How the English Premier League Table Looks Ahead of Matchday 7

By Johndominic01 (self media writer) | 20 days ago 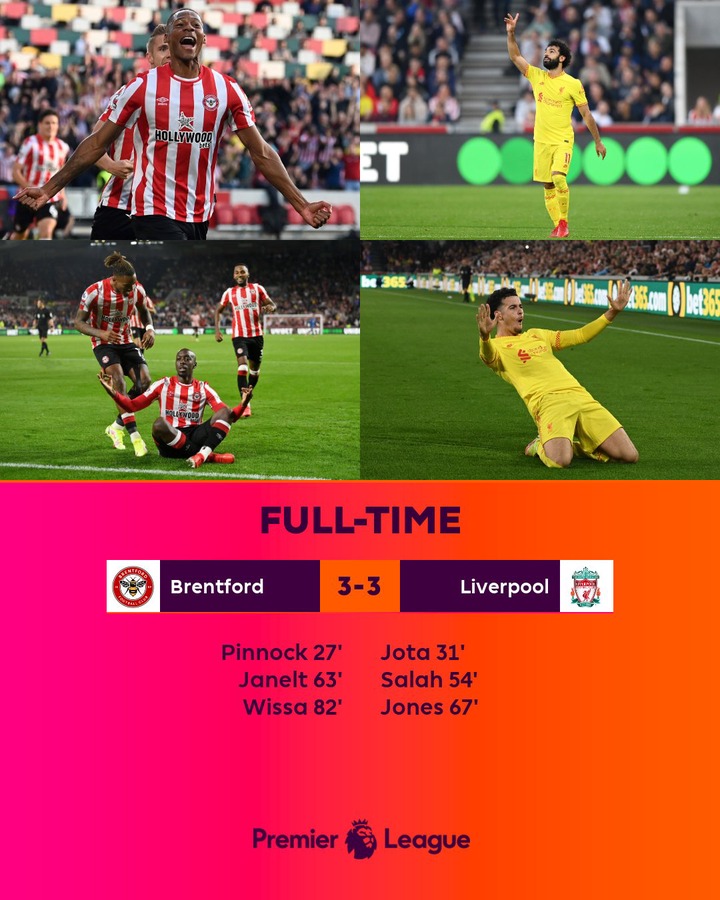 Ahead of matchday 7 which would commence on Saturday, Liverpool tops the league with one point. The Merseyside club has collected 14 points from six English Premier League games so far this season. Their last match against Brentford ended in a 3-3 draw. The second to the sixth position is tight with Manchester City, Chelsea, Manchester United, Everton, and Brighton and Hove Albion all having 13 points from six games this season. This is bound to change on matchday 7 with Manchester United playing against Everton and Manchester City playing against Liverpool. 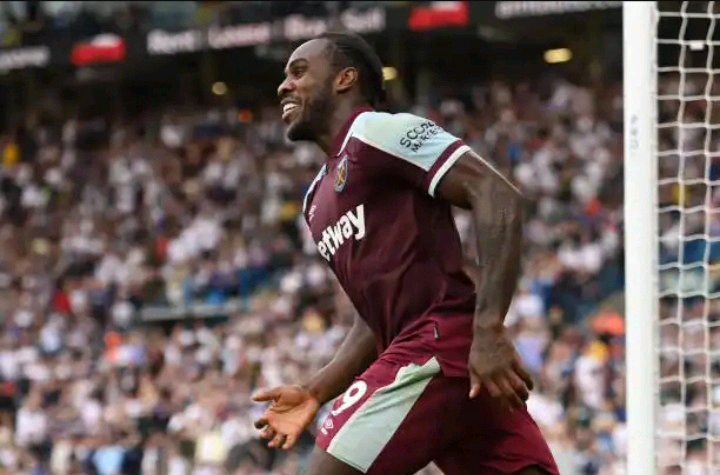 The Michail-Antonio-inspired West Ham United is seventh on the log, having collected 11 points this season. The Hammers have been in impressive form since the start of the season. Aston Villa, who got a 1-0 win against Manchester United last time out is eighth on the standings with 10 points. Newly promoted Brentford, Arsenal, and Tottenham Hotspur all have nine points heading into matchday 7. The three are only separated by goal differences. 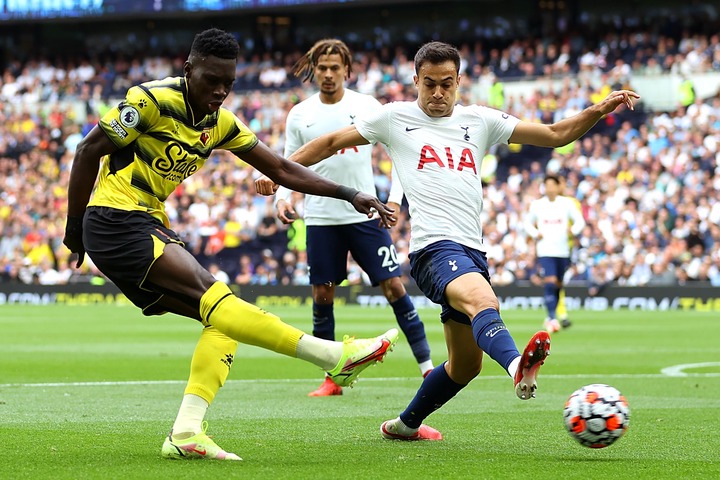 Watford is ahead of Leicester City, who has not started the season on a good note, although both teams have the same number of points. The two teams have seven points apiece and Leicester City, most especially, would be hoping to get all three points against Crystal Palace. Wolverhampton Wanderers and Crystal Palace are tied on 6 points. The two clubs occupy the fourteenth and fifteenth positions respectively. Southampton, who are on four points for the season is sixteenth on the log. They are followed by Newcastle United and Leeds United. The two teams are tied on three points for the season. Burnley occupies the nineteenth position having only gotten two draws from their opening six games of the season. Newly promoted Norwich City looks destined to be relegated as they have zero points from their opening six matches of the Premier League season. 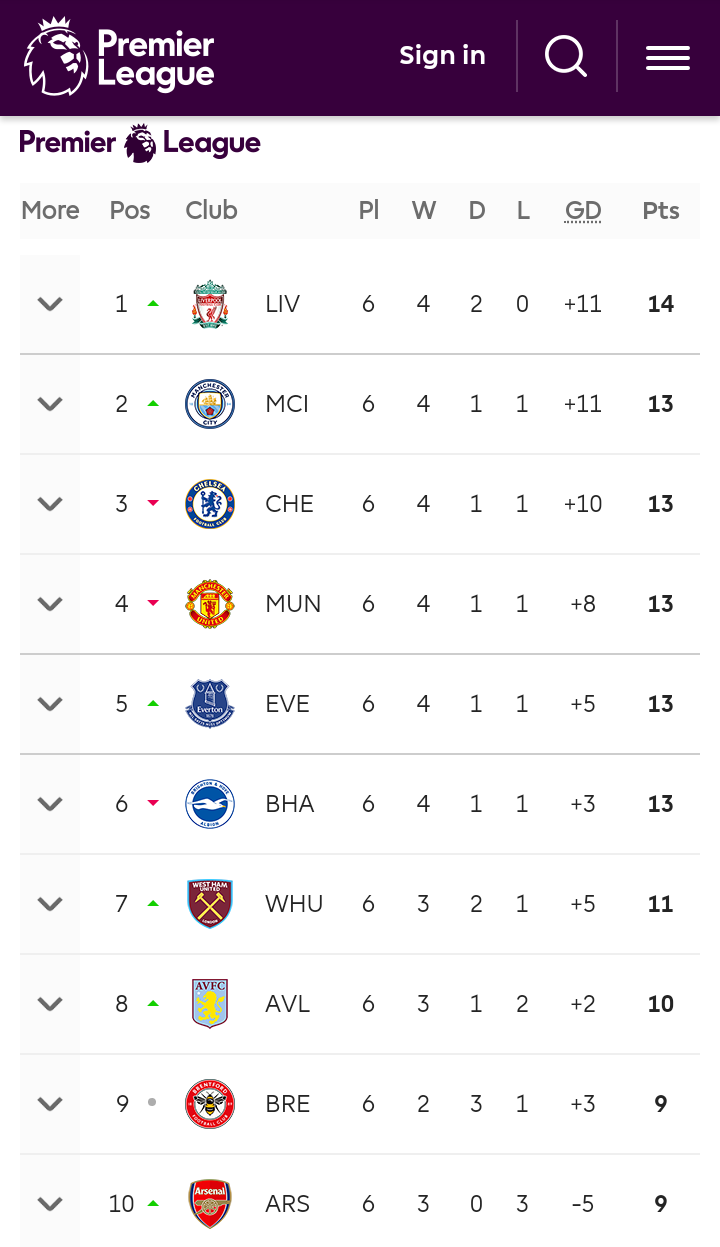 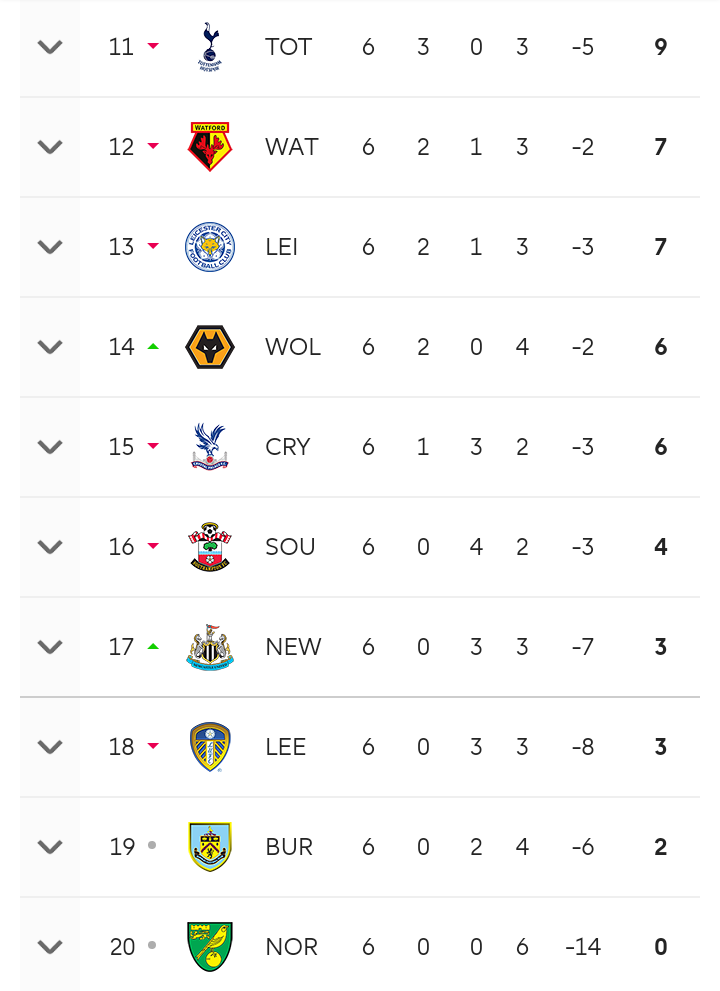