By Jephterphil (self media writer) | 2 years ago 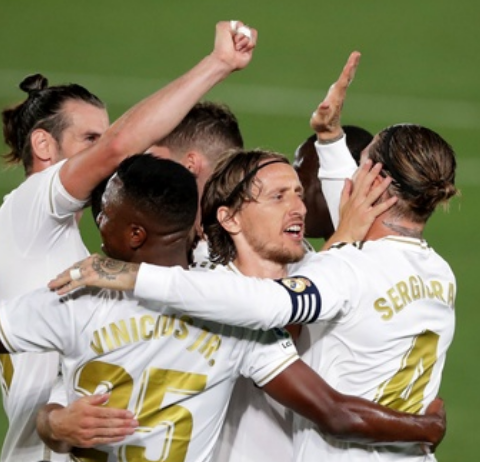 Karim Benzema scored a brace as Real Madrid claimed a 34th Laliga crown with a 2-1 win over Villareal.

The opener came after 29 minutes as Luka Modric picked out Karim Benzema who drilled the ball through the legs of Sergio Asenjo.

Asenjo denied Dani Carvajal early in the second half as the right back showed quick feet before get a left footed shot away.

Madrid were gifted a golden opportunity to double their advantage as Sofian Chakla was adjudged to have clipped Sergio Ramos inside the box. 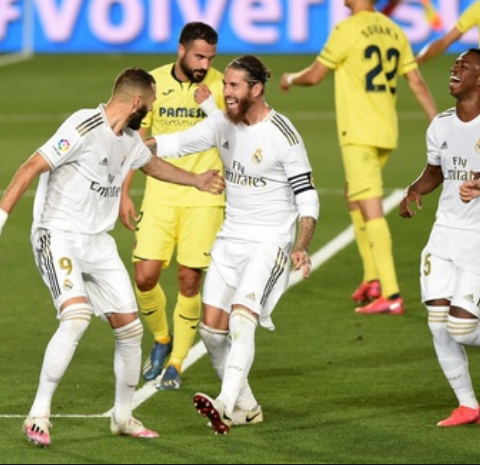 Ramos cheekily passed the ball off the spot for Benzema to score, but the Frenchman was said to have encroached, but Benzema clinically dispatched the retake into the bottom left corner.

Toni Kroos struck the crossbar,before Iborra scored with a thumping header to set up a tense finale,in which Thibaut Courtois saved from Bruno Soriano and Vicente Iborra in the same move.

Marco Asensio thought that he had made it 3-1 in the final minute of added time, only to be denied by the VAR. 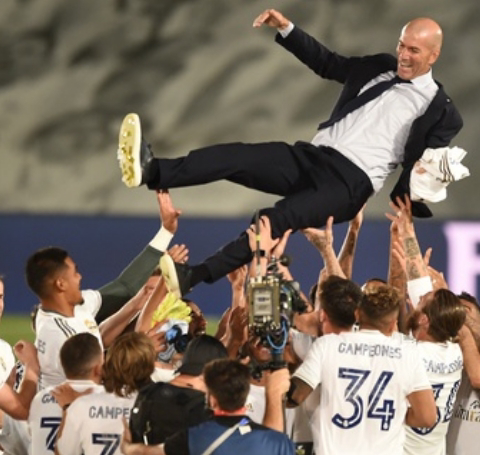 What does it mean? Madrid reign again in Spain

There are very few who would argue that Madrid are not the deserved champions. The goals have not flowed as they once did during the Cristiano Ronaldo era but Zidane's men have been far more consistent than past champions Barcelona. 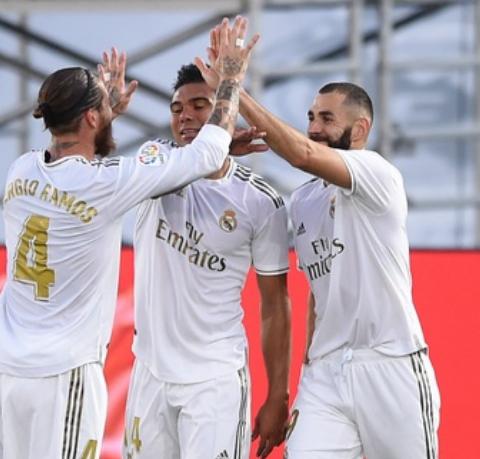 Much of Los Blancos' success this season has been built around their defence which has conceeded only 23 times in 37 matches.

But Benzema has been their chief goal threat and he was agaim outstanding in linking up the midfield and attack. He has now scored 20 plus goals in consecutive Laliga seasons for the first time.

Madrid will celebrate their title success with a shirt trip to Leganes,while Villareal end their season at home against Eibar.

Content created and supplied by: Jephterphil (via Opera News )