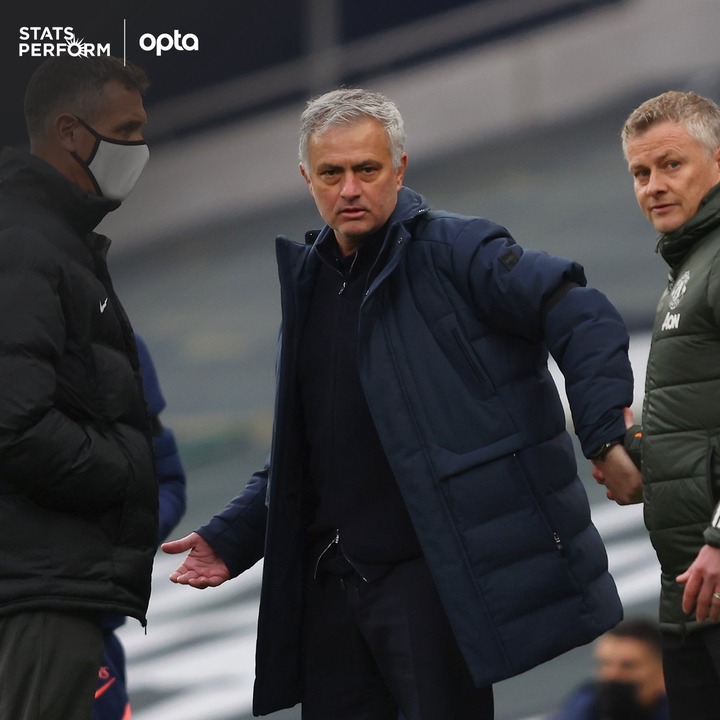 Portuguese and World class manager, Jose Mourinho has been a notable figure in the world of football and he's known for his top notch tactical delivery.

He has been a top manager across Europe and arguably one of the best ever seen in the modern game of football, as he has managed top clubs in Europe top 5 leagues with indelible marks left in every single side he managed.

The former Chelsea manager took charge the helm of affairs at the Tottenham Hotspur Stadium after Mauricio Pocchetino, and has since been plying his trade with the premier league giant.

Mourinho was yet again in charge yesterday when they were defeated by Ole Gunnar Solskjaer's Manchester United team, as they came from behind to thrashed the host three goals to one at full time. 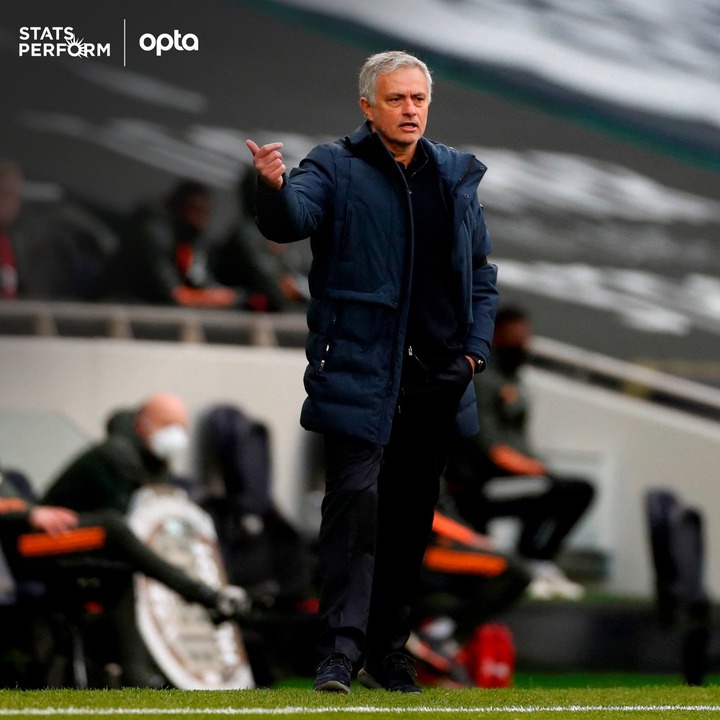 The "Special One" as self acclaimed has not really been enjoying his spell with the Spurs having been inconsistent in their winning run.

Jose Mourinho with the 3-1 result yesterday has now set an unwanted self record with the shocking defeat.

The former Manchester United manager has now suffered 10 league defeats in a single season for the first time in his entire managerial career.

Jose Mourinho in charge of Tottenham Hotspur have now dropped 18 points from winning positions in the premier league this season, second only to 16th place Brighton and Hove Albion (20 points).

This is the most points a Jose Mourinho side has dropped from winning positions in a single premier league campaign. 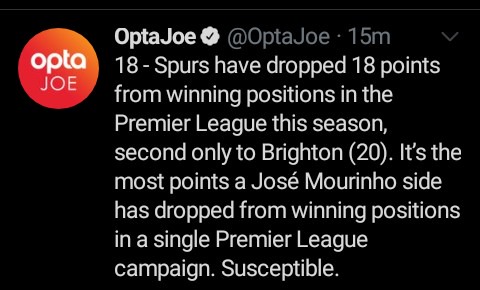 Tottenham Hotspur with the result now currently sit at the 7th position on the table with 49 points in 31 games played, 7 points away from 3rd place Leicester City with 56 points in the same number of games played. 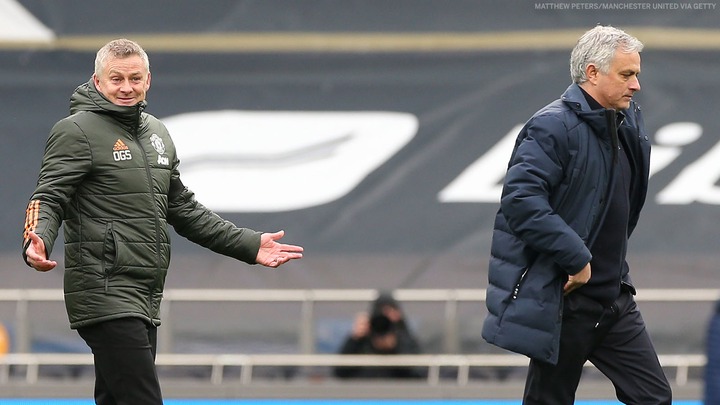 Jose Mourinho's Tottenham Hotspur side will now be hoping to be back to winning ways in their next fixture, to keep the hope of securing a spot in top fours alive, with the season gradually running to an end.

Check Out For The Top 10 Best Football Clubs In The World.