Weekend action in the English Premier League rounded off with a blockbuster fixture between Arsenal and Tottenham Hotspur as they played out the North London derby in front of a fully packed Emirates Stadium. 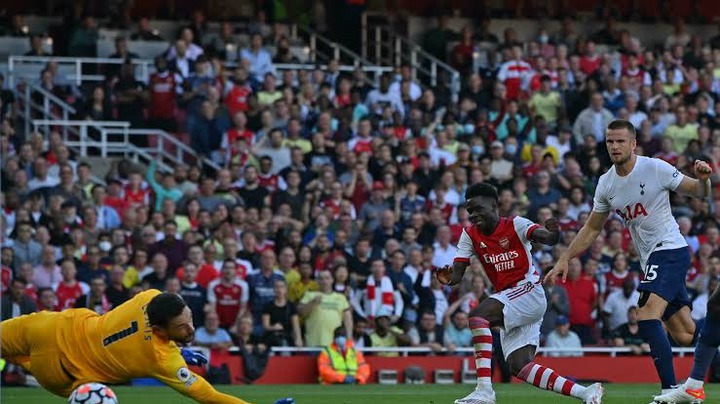 It was the home side who got the bragging rights on Super Sunday with goals from Emile Smith Rowe, Pierre Emerick Aubameyang and Bukayo Saka settling the result in the first half. A late strike by Son Hueng Min was only a consolation goal as the game ended 3-1 in Mikel Arteta's side. 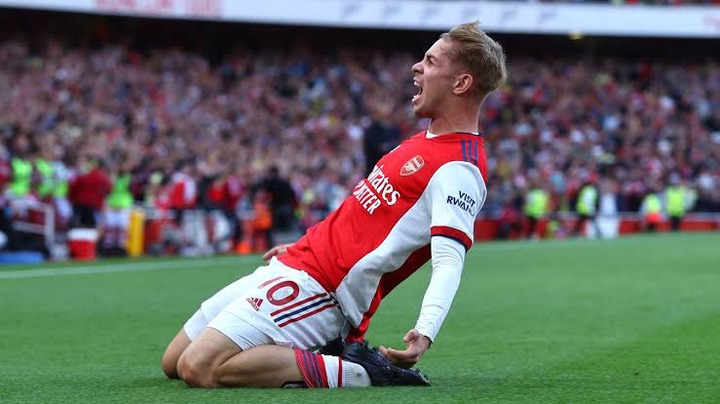 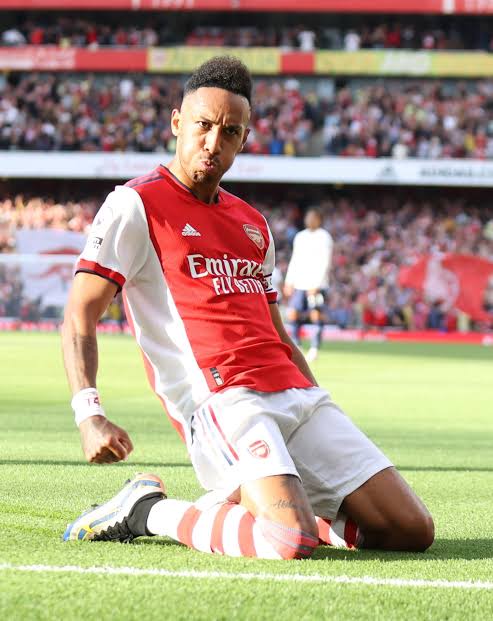 The result was Arsenal's third win in a row which will come as good news to their fans following a terrible start to the campaign that saw them lose three on the bounce. They have now climbed into the top half of the EPL table into 10th place, level on 9 points with Brentford above them. 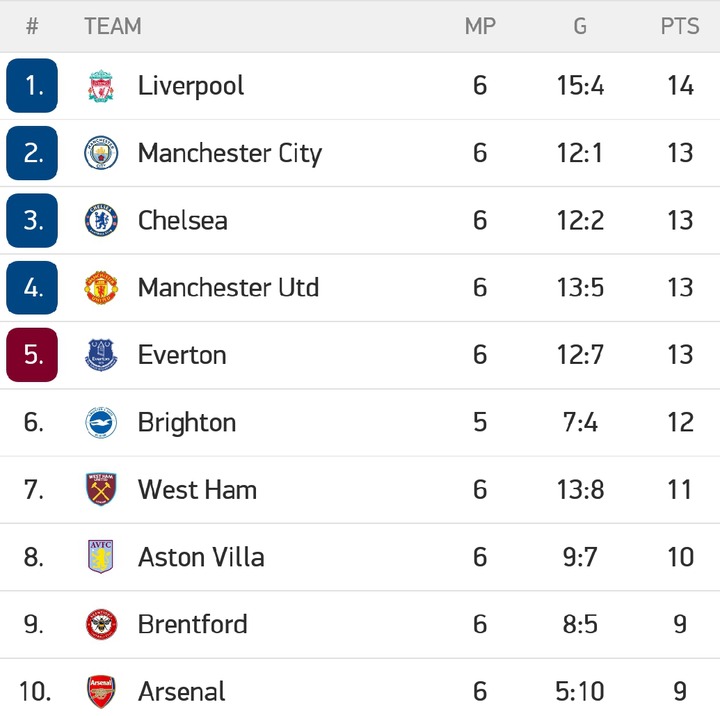 Aubameyang and Son were both considered by many as part of the contenders for this season's highest goalscorer award and they both got on the score sheet today. However, they are still some way off the top of the charts as West Ham's Michail Antonio, alongside Liverpool's Mohamed Salah and Leicester City’s Jamie Vardy all occupy first place with 5 goals each to their names.

Below is the list of the highest goalscorers so far this season. 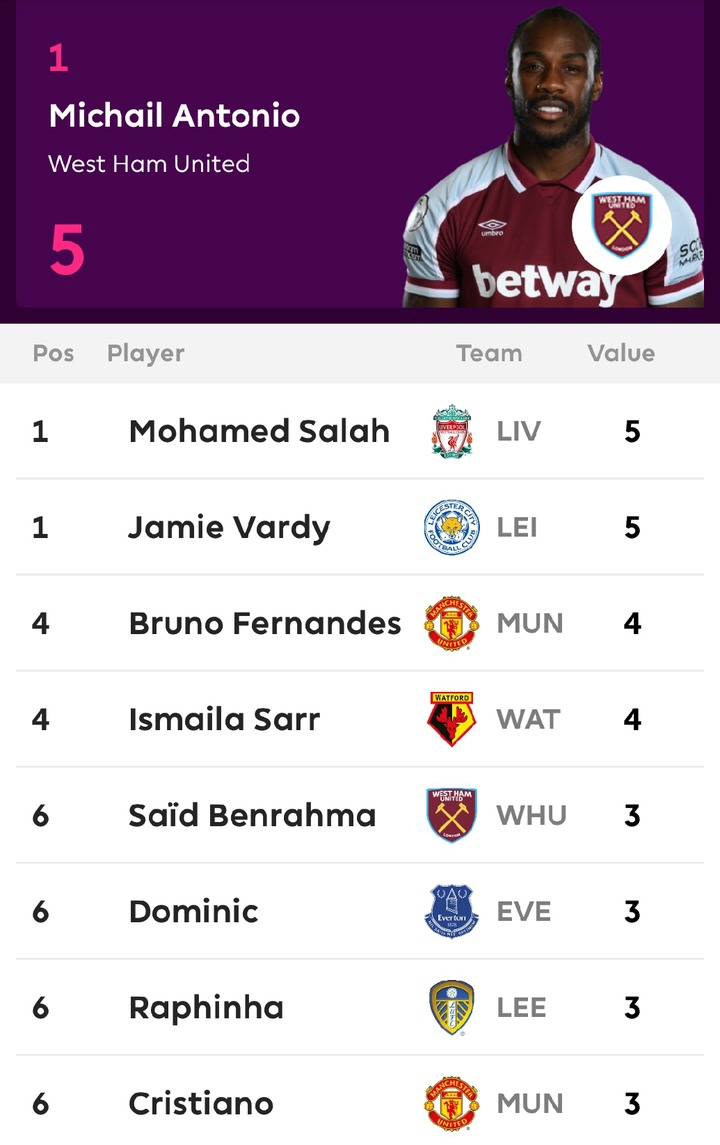 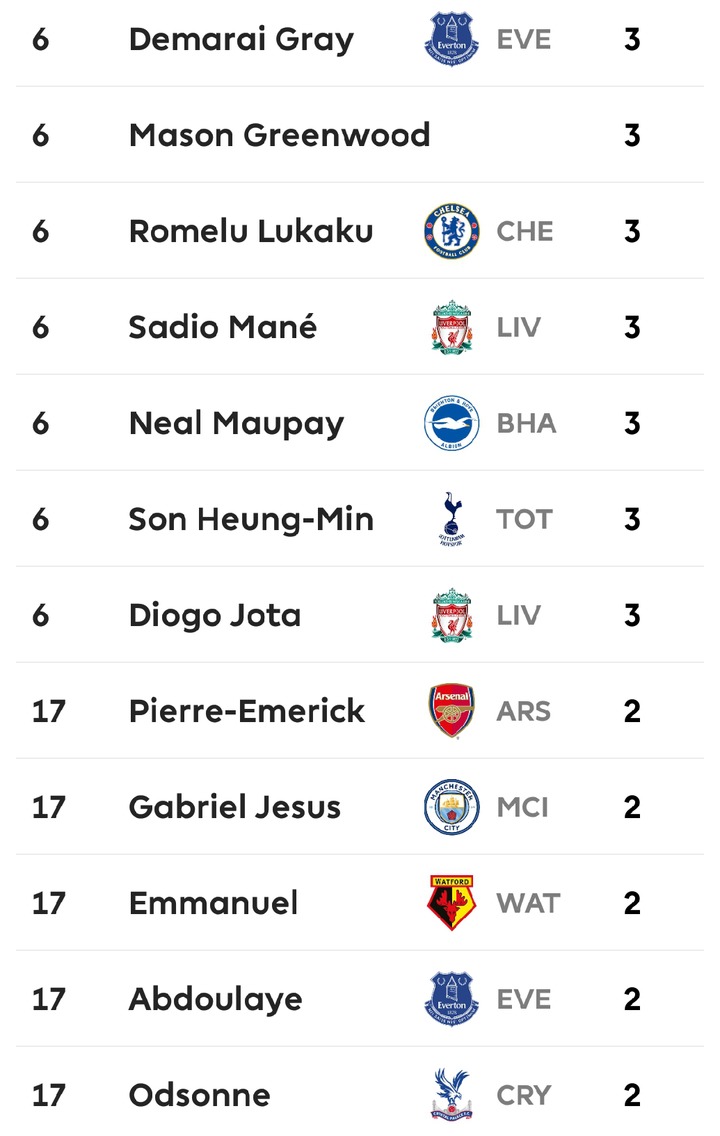 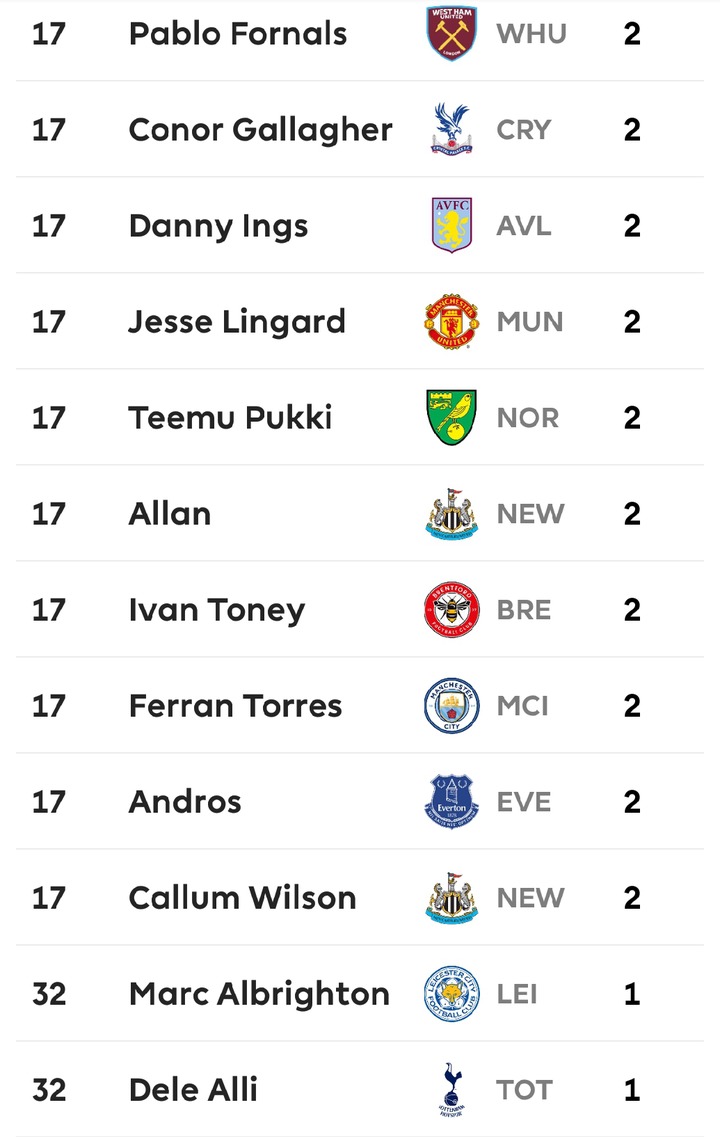 The Playmaker award is given to the player with the most number of assists at the end of every season and Harry Kane is the current holder of the award.

Manchester United's Paul Pogba tops the charts so far this season with 7 assists to his name followed Michail Antonio, Gabriel Jesus, Doucoure and Saint Maximin all on 3 each.

Below is the full list of the players with the most assists in the EPL so far. 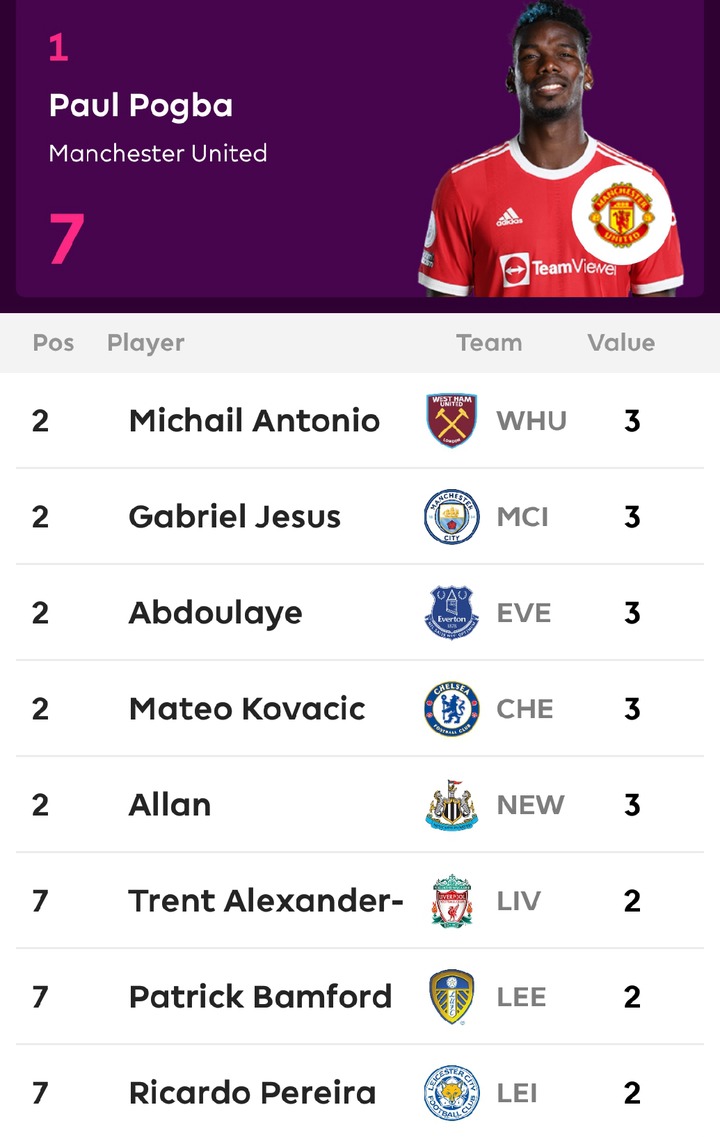 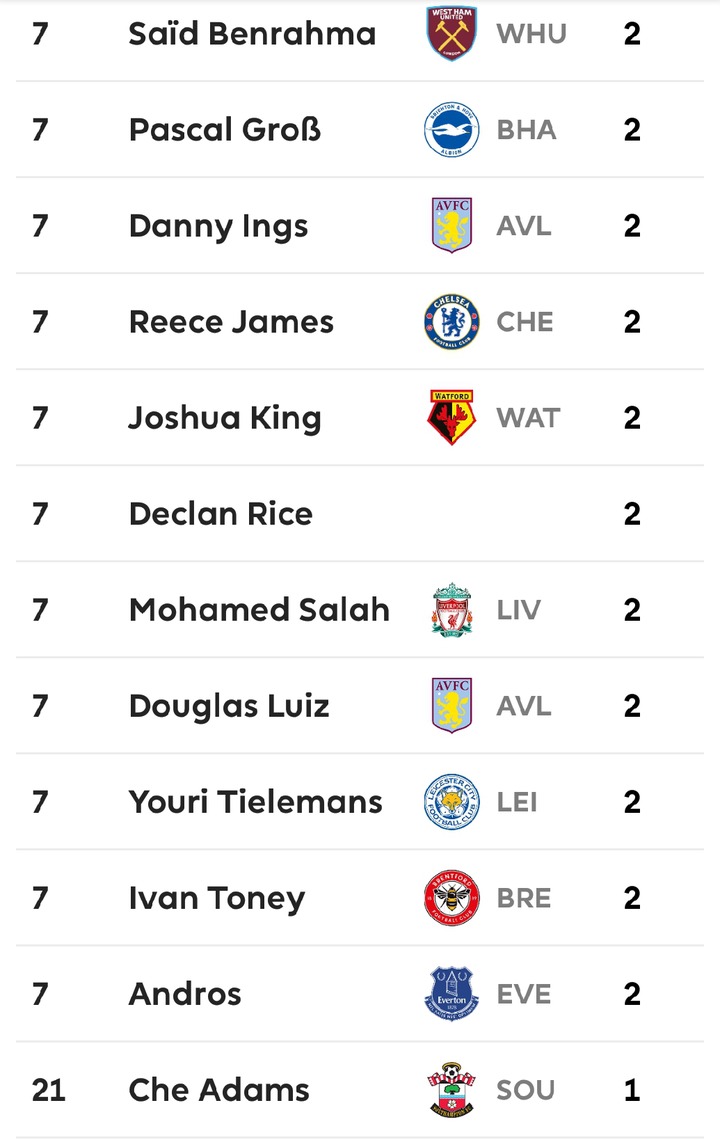 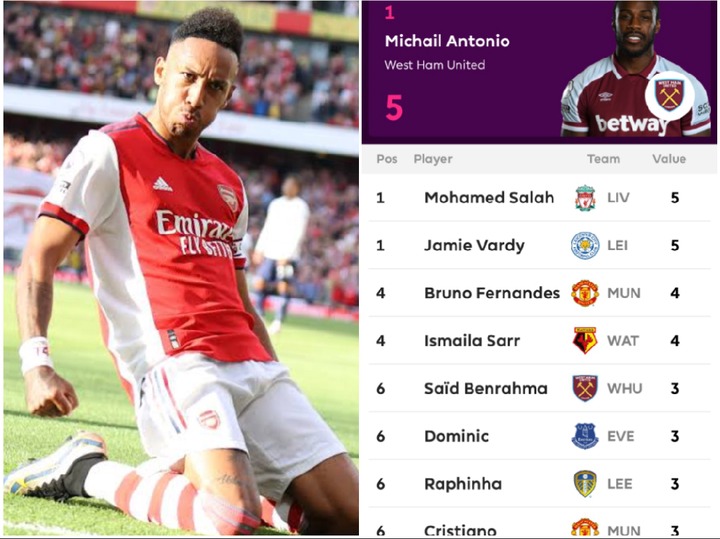