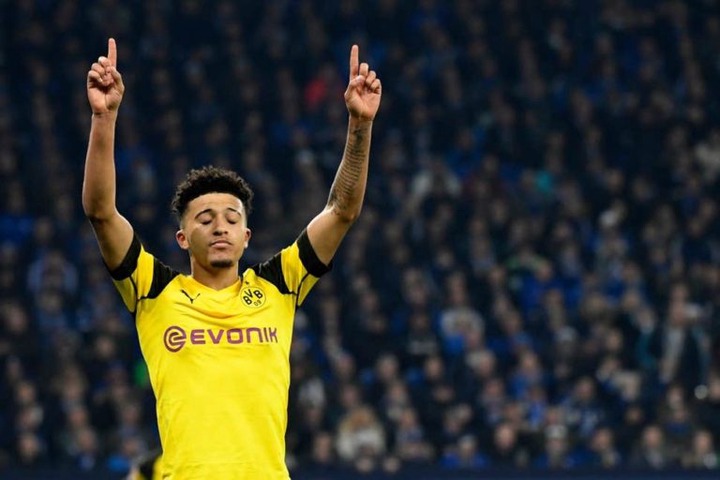 It has been a year where new young talents have truly, emerged themselves as superstars and Jadon Sancho sits at the top of it. A whole host of Europe giants are ready to break their ,bank to sign the young Englishman.

Since leaving Manchester City’s academy to join Borussia Dortmund in 2017, Jadon Sancho has seen a meteoric rise to stardom. Continuing his good form of last season, the Englishman has gone one step further and has scored and assisted a ,staggering 20 goals each in the current season in 44 outings.

So it is no surprise that Dortmund are holding out for more than 100 million for the youngster, who still has a couple of years left on his current contract. In a recent interview the 20-year-old resisted temptations and gave away little hint, when asked about the transfer speculations linking him to the likes of Manchester United and Liverpool. Sancho acknowledged, the fact that he is aware of all the rumours surrounding his future destination, but insisted on yet to reach a conclusion.

Jadon told World Soccer Magazine, “I don’t know what to say to that. It’s hard to say. That’s the future. You never ,know what could happen, so we will wait and see.” The Three Lions international stated that he did not have a favourite club whom he used to support as a youngster but added that of being, used “to look at Ronaldinho on YouTube.” Rather than supporting a team, he revealed of idolising ‘great players’.

However despite not giving much away, the winger said something which might excite the Liverpool fans. Jadon Sancho admitted of having emotional connection with the current Premier League champions by saying: “My dad was a big fan of John Barnes. He had a couple of videos of him at ,home and I used to watch them a lot.” The transfer talks are sure to heat up further as the transfer window is soon to be open officially.