The European Golden Shoe (also known as the

European Golden Boot ) is an individual award that is presented each season to the highest goalscorer in league matches from the top division of every European national league. The trophy is a sculpture of a

football boot . From its inception in the 1967–68 season, the award, originally called Soulier d'Or , which translates from French as Golden Shoe or Boot , has been given to the top goalscorer in all European leagues during a season, with a weighting in favour of the highest ranked leagues. Originally presented by

L'Équipe magazine, it has been awarded by the

European Sports Media since the 1996–97 season. 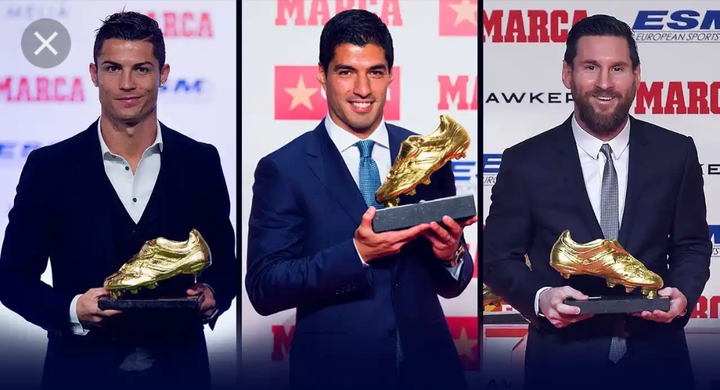 The six time Balon d'or winner and the Argentina all time goal scorer Lionel Messi miss out the golden shoe race but the Barcelona legend has won it for six times in his carrier. Lionel Messi has 22 goals in La liga this season with two matches remaining.

This season golden boot was so surprising due to performance of many players in the top five league.

The Italian international striker is the surprise plChristiano Ronaldo.