By TheAchiever (self media writer) | 28 days ago

No one can explain the goodness of Cristiano Ronaldo more than his teammates or his managers. The Portuguese captain has played for some of the greatest clubs in the history of football. It is evident that he shared the dressing room with many top players during his time at Manchester United, where he developed into a footballer he is now. Recently, his former teammate at Old Trafford and French defender, Patrice Evra revealed how excellent Cristiano Ronaldo is as a player, to how much extent he can go to win a game not only of football but also of table tennis. 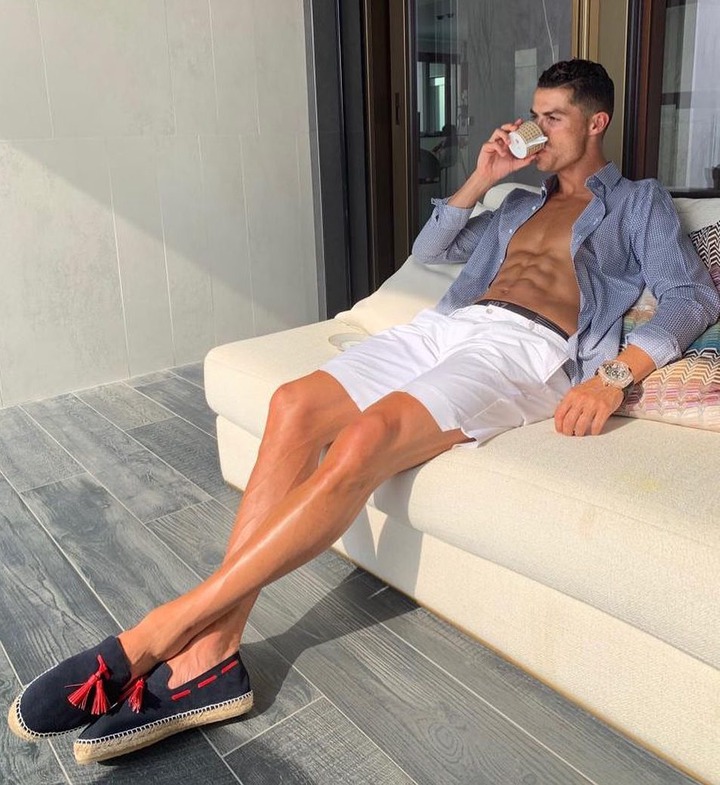 Cristiano Ronaldo does not have a tattoo on his body because he donates blood twice a year, as having a tattoo would disrupt his annual blood donation. Many countries do not allow a person to donate blood once he or she is inked, because of the fear of Hep-C infection. Some countries have guidelines which stipulate a period of 6 months to a year of which the participant cannot donate blood after getting inked. 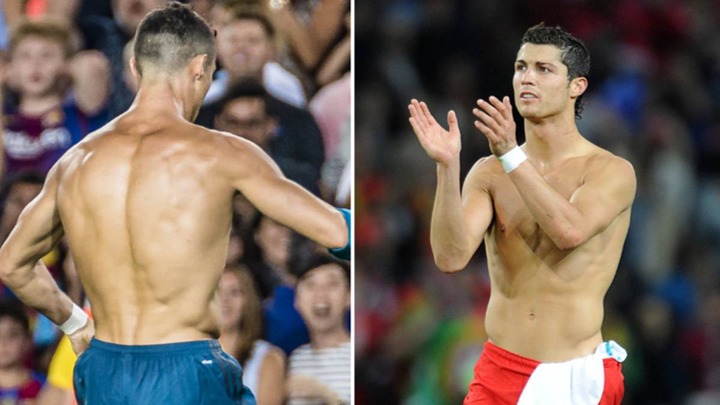 Cristiano Ronaldo, as a good football player, openly encourages his fans and social media followers to become donors. He urged people to sign up to Join BE THE 1 donor movement (Which is a name of a charity organization, who huge people to save lives by donating blood), and give blood to save a life. Cristiano posted a picture from hospital, showing him donating blood. BE THE 1 donor movement was launched by Cristiano Ronaldo in 2015. 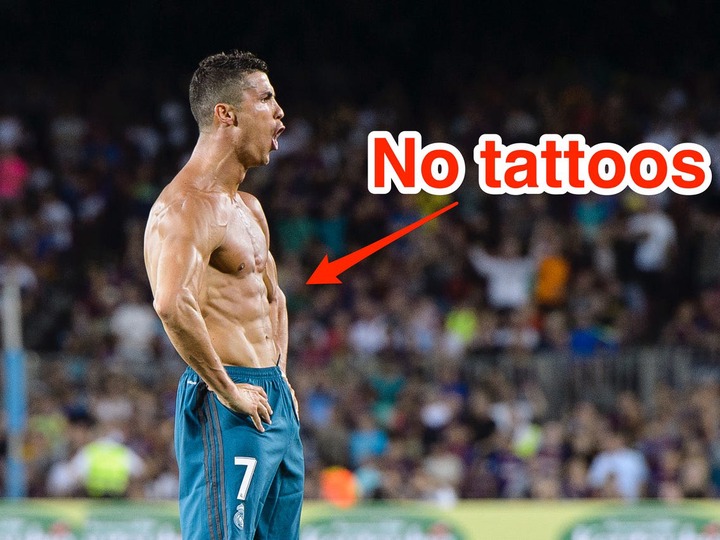 Ronaldo revealed early on in his career that the reason he does not have any tattoos is so that he can donate blood more frequently. Ronaldo, who is also a bone marrow donor, decided to first donate blood when the son of his Portuguese teammate, Carlos Martins, fell ill with leukemia. Apart from being a religious blood donor, his strong personality, discipline and self confidence is what has kept him away from tattoos, even when all other star players have tattoos.