Which club is better: Real Madrid or Barcelona 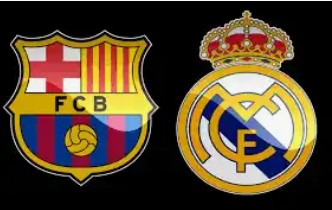 Real Madrid are one of the figureheads of European football. Los Blancos have won a record number of European Cups/ UEFA Champions League trophies while dominating domestically with Barcelona for seemingly forever. However, with the team in transition, are they currently the best team in the world?

At the time of writing, Real Madrid is not better than Barcelona despite their European dominance of just a few years ago. Since Zinedine Zidane’s managerial return to the club, the team has shown flashes of brilliance in Europe while maintaining their continued success in La Liga.

Critics would argue that Bayern Munich is currently the world’s best team after the German giants lifted the 2020 Champions League trophy. Nevertheless, Real rose above both Atletico Madrid and Barcelona to lift the 2019/20 La Liga championship, with young, vibrant players coming to the fore.

Real Madrid’s history is steeped in European success. Los Blancos have won a record number of trophies across the European Cup and Champions League format. Their latest success came in 2018 where a Gareth Bale inspired performance saw the club defeat Liverpool 3-1.

Los Blancos won the inaugural European Cup during the 1955/56 season. Madrid cruised to final after recording victories against Servette, Partizan and Milan. They subsequently met Reims in the final to play in their opponents' home nation of France.

Despite finding themselves 3-1 down at the Parc des Princes, Real fought back to lift the trophy thanks to goals from Jose Hector Rial Laguia and Marcos Imaz.

Before You Invest In Any Business, See 9 Common Mistakes You Must Not Make

Effects and impacts of Covid-19 in Nigeria

The Only 3 Clubs That Won La Liga, UEFA Super Cup And Spanish Super Cup In The Last 20 Years