Paris St Germain secured a place in the Semifinals of the Champions League despite losing 1-0 to Bayern Munich. Bayern Munich would be so disppointed with their exit. For a team that won the competition last season, they won't be happy to have lost out in the Quarterfinals this term.

UEFA has sparked reaction on social media after giving out the Player of the Match Award to Neymar Junior. Though, Neymar performed really well in the game but it remains a surprise to choose him ahead of some other players on the pitch.

Neymar tormented Bayern's defence all through the game. The Brazilian playmaker seems to be prepared to fight for the Champion League title this season. Neymar lost out on the prestigious trophy last season and this season might just be the right time for him to win his first Champions League cup as a PSG player.

After Neymar was named the Man of the Match, some fans felt the need to vent their frustration about the decision of UEFA. According to them, Neymar lost some chances in the game but failed to convert. Why would UEFA decide to give such a person the Man of the Match Award. Check out their reaction below: 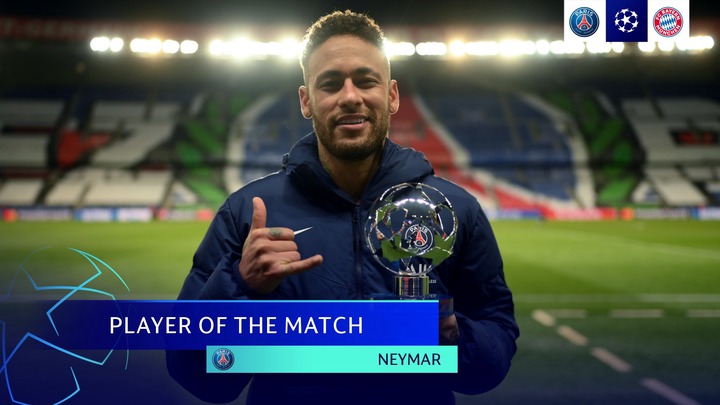 Thomas Tuchel Reveals How He Made Chelsea loose to Arsenal.