By sulayadisa (self media writer) | 9 days ago 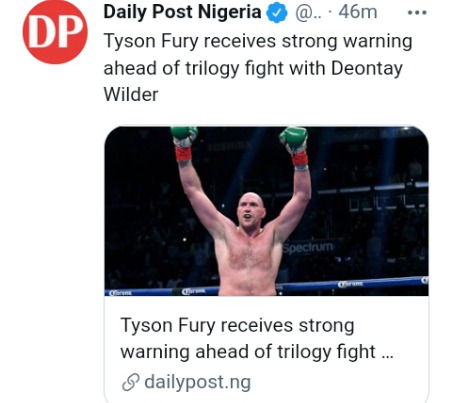 Former boxer, David Haye has warned British fighter, Tyson Fury, not to be over-confident ahead of his third fight with American boxer, Deontay Wilder.

Haye believes Fury needs to realise that his fight against Wilder is the biggest bout of his life, adding that the Gypsy king could be going into the contest under-prepared.

Fury will contest with Wilder in a trilogy heavyweight fight at the T-Mobile Arena in Las Vegas on Saturday. 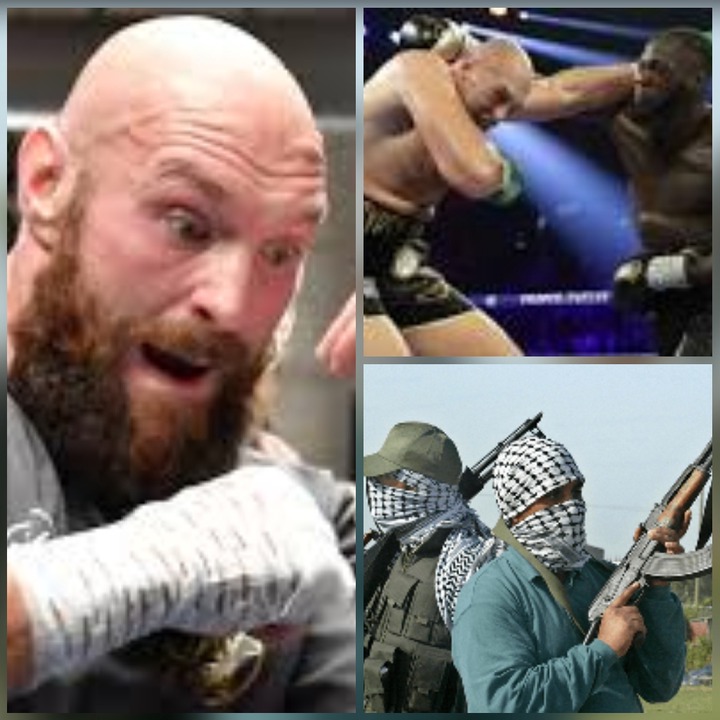 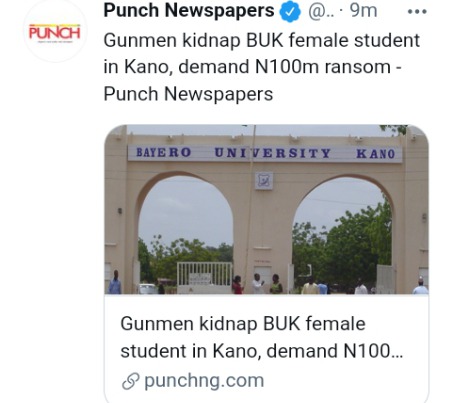 Gunmen suspected to be kidnappers have abducted a 300-level female student of the Bayero University, Kano.

The student, Sakina Bello, was said to have been kidnapped around Janbulo and Rijiyar Zaki areas in the Kano metropolis on Tuesday.

PUNCH Metro learnt that the hoodlums called the victim’s relatives on Wednesday and demanded the sum of N100m ransom. 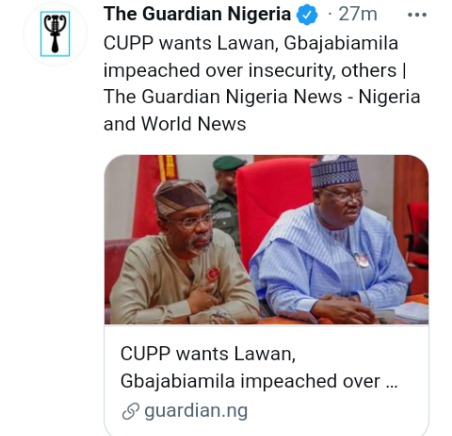 The Coalition of United Political Parties (CUPP), yesterday, urged the National Assembly to commence impeachment proceedings against President of the Senate, Ahmad Lawan and Speaker of House of Representatives, Femi Gbajabiamila, over pervasive insecurity and other knotty issues confronting Nigeria.

Its spokesperson, Ikenga Imo Ugochinyere, who made the call at a press conference in Abuja, flayed President Muhammadu Buhari for allegedly failing to protect life and property. 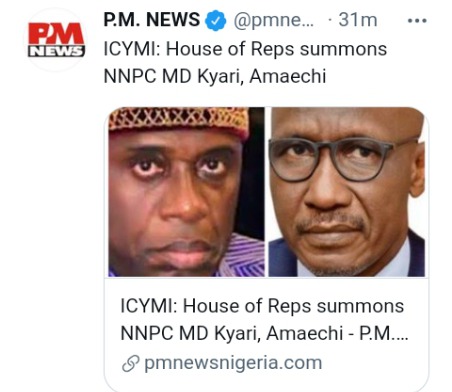 The House of Representatives has summoned the Group Managing Director of the Nigerian National Petroleum Corporation (NNPC), Mele Kyari, over the alleged award of a coastal shipping contract to a foreign company.

Rep. Legor Idagbor, the Chairman, House Committee on Nigerian Content Development and Monitoring, issued the summons on Wednesday, in Abuja, during an investigative hearing on the contract allegedly awarded in 2020. 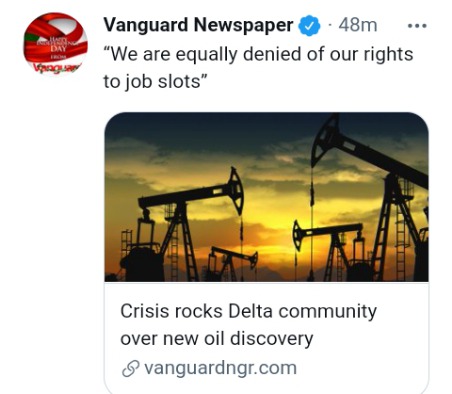 CONTROVERSY has broken out at Oviri-Olomu community, Ughelli South Local Government Area of Delta State, over the compensation by Nigerian Petroleum Development Company, NPDC, for a fresh oil discovery.

Five families, including Edariese Efedjamah, Irevwiruemu, George Akanuota, Onakota and Ashe, claiming ownership of Evue/Igbighogho bushes in the community where oil was discovered, alleged that faceless persons, who claim to be leaders of the community, connived with the company to shortchange them.

2 Healthy Reasons For Drinking Water Before Going To Bed

Demerits of losing your sense of smell