Lionel Messi Revealed The Reasons He Agreed To Join PSG

Lionel Messi was an established player in Barcelona and his transfer to PSG came as a shock to many football fans all over the world.

Messi signed a two-year deal in the summer transfer window with PSG after being told that the Catalan club could not afford to keep him despite accepting a 50% pay cut. In a recent interview with Lionel Messi, he revealed the reasons he accepted to join PSG.

Messi told France Football that he had offer offers from different clubs but he agreed quite quickly with PSG because, he was convinced by the project, the club's ambition, the players they have, and the squad. 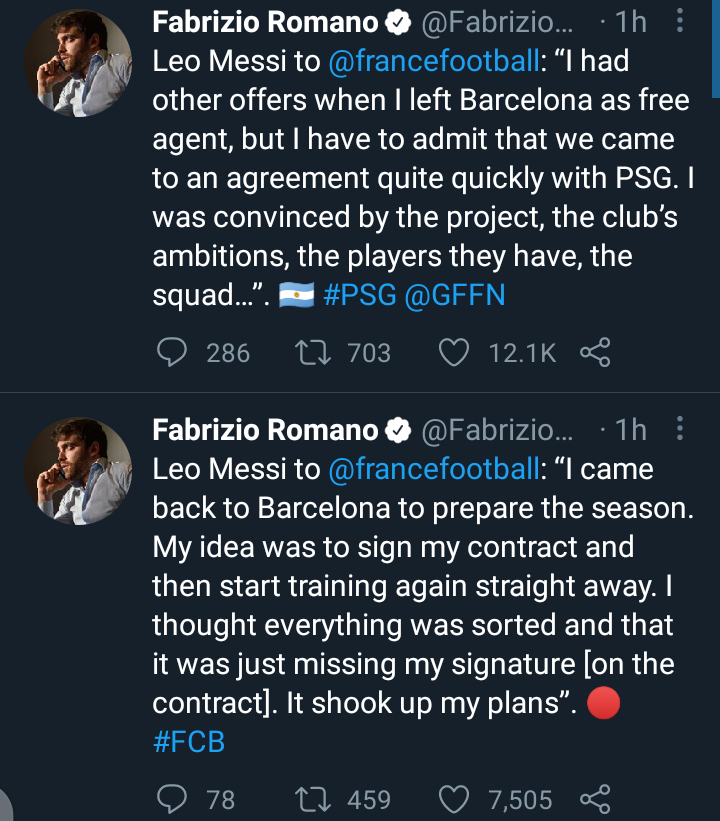 Truly, the project at PSG is a great one and they have great players that can compete for titles like the Champions League and the League Cup. Lionel Messi joined PSG for these reasons because he believes that he can achieve more, score more goals, and win a lot of titles with the team.