Serie A champions, Juventus have begun their push to secure services of Alexandre Lacazette from Arsenal by holding talks with the player’s agent.

The France international has joined the Norht London club from Lyon three years ago in what was then a team record £52m deal.

Pierre-Emerick Aubameyang has arrived six months later, however, from Dortmund and although the pair have formed a strong partnership, both on and off the pitch.

The 29-year-old’s form dipped markedly this campaign and he went over a year without founding a net in a Premier League away match from home before ending that particular drought in the recent victory over Wolves.

Juventus are expected to shake up their squad ahead of the next season and Lacazette has been on their radar.

Lacazette’s recent form for the Gunners have improved – he has managed to found back of the net three times in his last four games– and Mikel Arteta showered him with significant praise.

He said: ‘I really like Alex, I said that before I even joined here. He’s the type of striker that I really like. I think he has periods where he was very unlucky because he was having the chances and not converting which he is not used to.”

Chelsea informed on how they can sign Jan Oblak from Atletico If Chelsea are serious about signing Oblak, they have a way to do so.

After booking their place in the FA Cup final, where they will face London rivals Arsenal, Chelsea have been in good form this season. They are still involved in a top-four battle, where they sit not so comfortably in third place, with two games to go.

They have been active in the transfer window, which is to be expected given their financial status and the fact that Lampard wasn’t able to sign the players he wanted to last summer. Both Hakim Ziyech and Timo Werner will play for the Blues next season, but Frank Lampard is not done there.

There is a certain conundrum which needs to be addressed if Chelsea are to carry their good form into next season. With Kepa Arrizabalaga subject to a move away this summer, they may need to bring in a replacement to fill the sticks.

One name that has risen to prominence over the last few weeks is Jan Oblak. The Slovenia international is widely regarded as the best goalkeeper in the world and rightly so, so he would definitely be a great addition as Lampard aims to mount a title challenge next season. 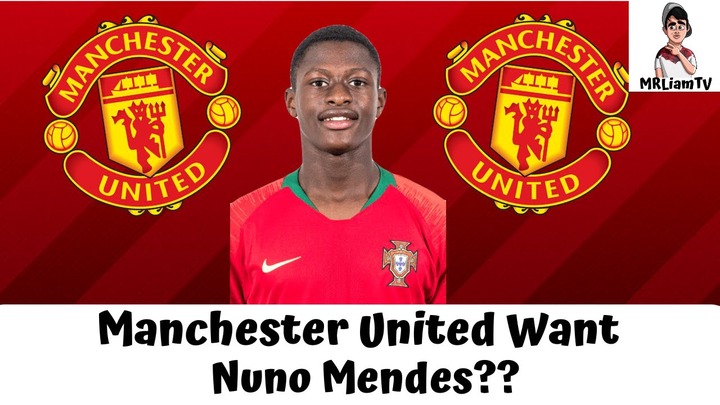 The race for Sporting fullback Nuno Mendes is highlighted by Portuguese newspaper A Bola today.

They bring an article to cover the reports from Italy which say that Juventus are now interested in the player.

But A Bola points out they’ve previously claimed that Liverpool and Manchester United have both been following the 18-year-old as well.

Mendes is one of the Sporting talents who emerged this year, and became a regular starter for the Lions in the past couple of months.

Liverpool and Manchester United are said to be ‘following his development’ at the Lisbon side.

Good thing for Sporting is that right after Mendes got his first start, they’ve given him a new contract to run until 2025 and also raised his release clause to €45m.

So the Lions are now in a pretty comfortable situation, knowing that if Juventus, Liverpool or Manchester United come for him, they’ll have to spend big to take the player out of Lisbon.