Madrid's first major trophy since the departure of all-time top scorer Cristiano Ronaldo in the summer of 2018 is, therefore, a massive achievement. 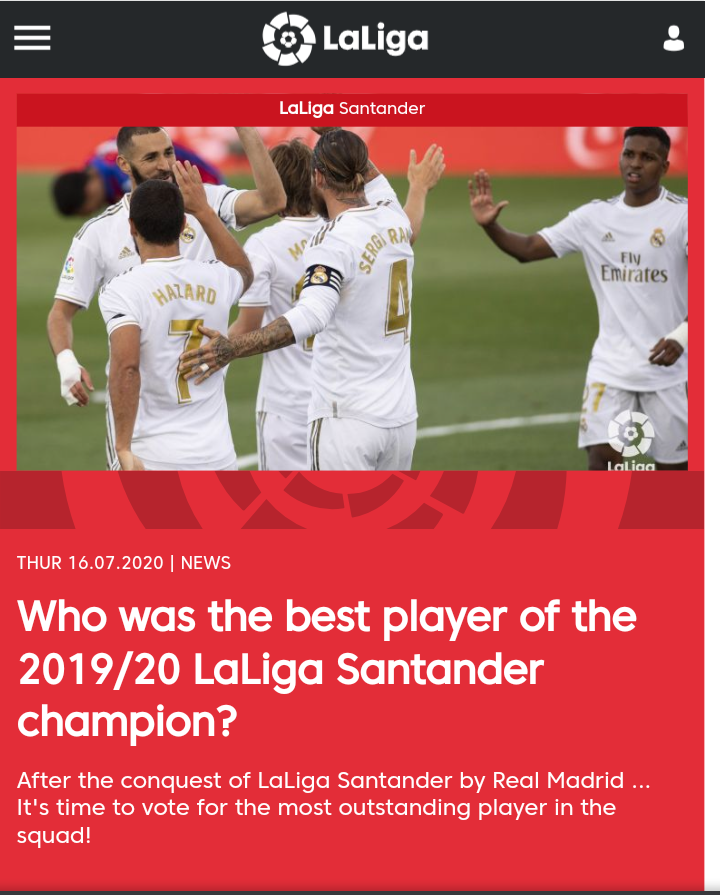 Madrid have exploited the disrupt at Camp Nou with an impressive 10 Liga wins in a row following the suspension of play caused by coronavirus.

They are most worthy champions, and Zidane is a most worthy recipient of the plaudits that should now come his way, having made excellent use of his squad; 21 different players have scored for Madrid this season, while the World Cup winner has displayed his tactical versatility by alternating between 4-3-3, 4-4-2 and 4-2-3-1 formations after the restart.

He has long been accused of being a 'lucky' coach, while this season's title run-in has been plagued by claims of Real receiving preferential treatment from match officials, with Barca president Josep Maria Bartomeu sniping: "VAR always favours the same team."

In the wake of winning the trophy, the La liga website opened a poll to vote for the Player of the year on it's official website.

It's rather unbelievable, yes to even see Eden Hazard in the nominees for the La liga player of the season award.

Eden Hazard has been a shadow of the player he once was considering his display this season have scored just one goal and assisted a meagre three. A performance stunted by injury problems making him appear on the pitch just 14 times. However, it's quite funny to see him not only in the list but also topping it.

To participate in the la liga polls; On social media, Twitter, most fans participating in the vote are Chelsea fans who still idolize the Belgian despite his departure from the London based club and also because a rumored €10million is to be earned by Chelsea if he achieves this feat.

Let's hear from you in the comments box 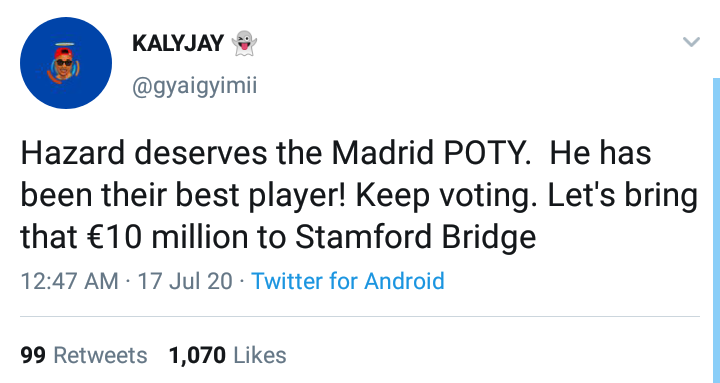