In Response To European Super League, See What Chelsea Fans Did At Stamford Bridge Today

Chelsea Fans have trooped out in groups to protest against the newly proposed European Super League which was announced to the World Yesterday, with 12 top European Clubs as it's founding Members. Many Football Fans are currently moving mad against this new development in Football and they are angry that their Favourite Clubs betrayed their trust by pledging their allegiance to the new league, which they assume to be a venom that'll kill the joy and fun Football gives.

A lot of persons have argued against this move and they've shown their disinterest in the league because they feel the members of this new League are only after Money and are not considering how the Fans and other smaller Clubs with low financial capacity will cope, after their departure from their respective Domestic leagues. In reaction to this move, Football Fans have created time and marched to the front of their Club's Stadium with Placards and inscriptions that goes against the new league. Liverpool, Tottenham, Arsenal and Manchester United Fans did theirs' earlier, and now Chelsea Fans, they took with them Banners and Placards and raised them up in solidarity in front of Stamford Bridge. This movement shows how dissatisfied they are with their Club, some of them have vowed to stop supporting the Club if they insist on being a Member of the new League.

Here are some Photos of Chelsea Fans At Stamford 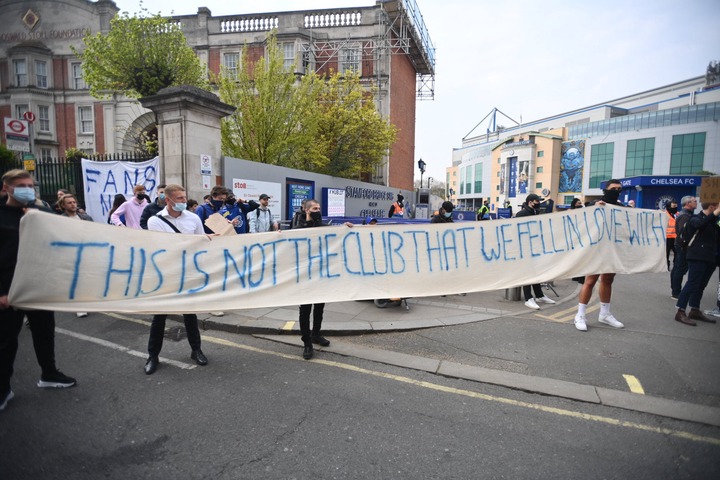 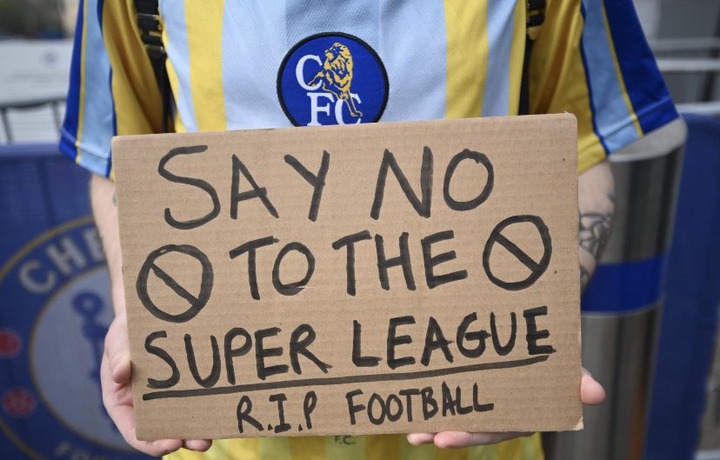 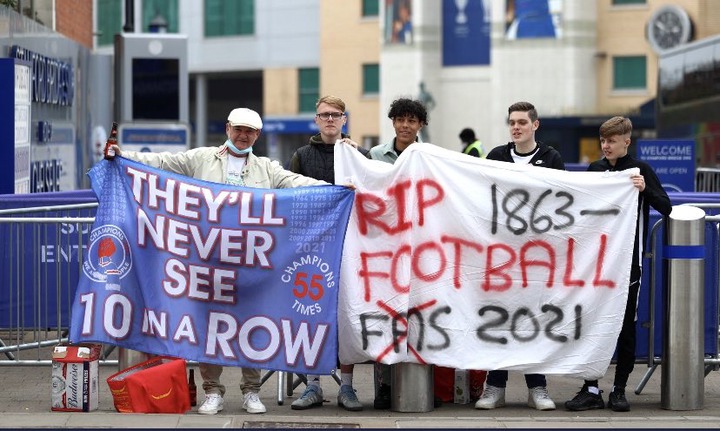 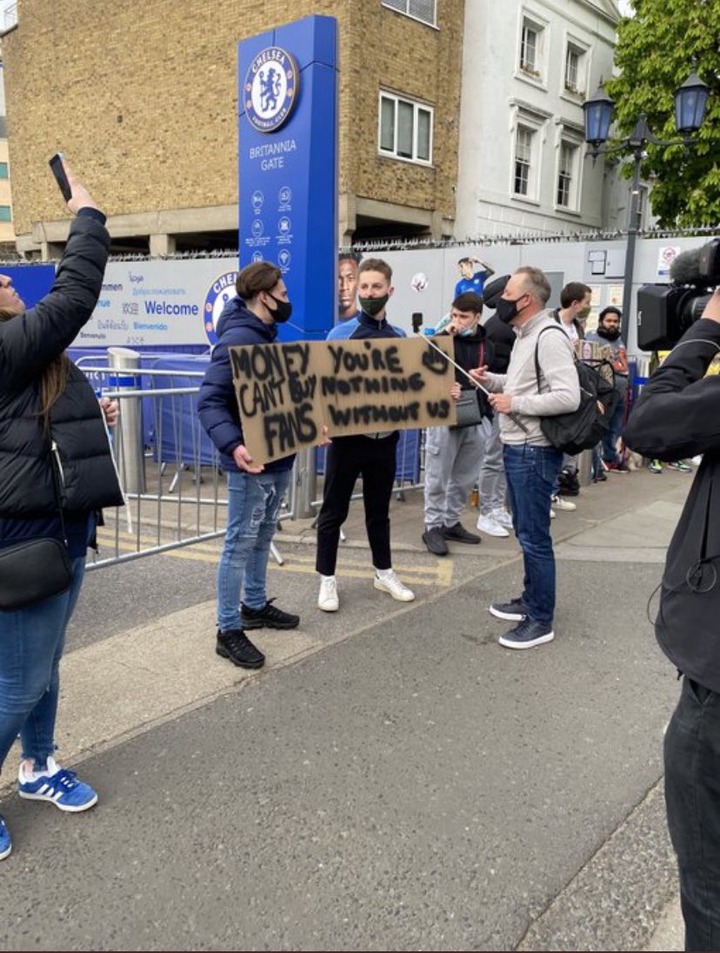 “He portrays the House of God as a house of disorder.” Reno Omokri drags Father Mbaka.

OOU Gives Update On Request For Leave Of Absence, Reinstatement Of Studentship.