By Mac's_news (self media writer) | 2 years ago 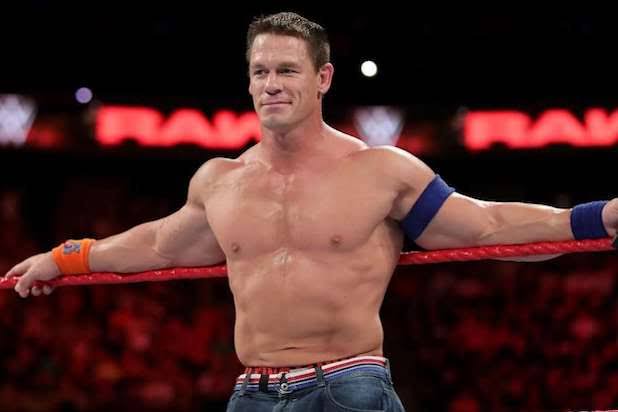 What is John Cena's net worth?

John Cena is a very famous WWE star. Th e level of success he has achieved in the wrestling word is one of the most sought after. Cena is one of the greatest wrestlers of all time.

John has not only experienced success in wrestling but has done really well in other field such as acting, TV presenting and hosting including being a rapper. The Massachusetts born wrestler is a five times United States champion and 16-time world champion.

He is well noted for his strong work ethic and always praised for his character work and promotion skills. He is one of the most polarizing professional wrestlers of all time which is why John Cena's net worth is such a big enquiry to fans.

On April 23, 1977 John Felix Anthony Cena Jr was born in West Newbury, Massachusetts in US. He has the Italian, French and English ancestry thanks to his parents. He is also the cousin to computer scientist Natalie Enright Jerger.

After Cena's college graduation he pursued a career in bodybuilding and worked as a limousine driver. His maternal grandfather was baseball player Tony Lupien.

Cena started bodybuilding in 1998 before in 1999 turned to professional wrestling and debuted for Ultimate Pro Wrestling (UPW). In 2001, John Cena signed with the World Wrestling Foundation which is now the WWE.

His breakthrough in the wrestling entertainment came when he was known as a trash talking rapper. Cena's first singles title came in 2004 as the United States Champion.

After winning the WWE championship in 2005 for the first time, Cena was seen as the best wrestler and served as face of WWE for their foreseeable future.

He is considered to be one of the greatest professional wrestlers of all time by his peers. John Cena is a two-time Royal Rumble match winner and a one time Money in the Bank winner.

WWE pay-per-view events, flagship events, Wrestlemania has been headlined by Cena various times. Though he is sometimes criticized for over presentation and victories over rising stars he is also praised for his strong work ethic and promotion skills.

He has won the United States championship five times. Most notable achievements include being a four-time world tag team champion and 16-time world champion.

John Cena has been on many movies. The WWE studios produced his first movie The Marine which was distributed by 20th Century Fox and released in 2006. The movie made $7 million in its first week of release at the US box office.

John Cena is currently signed to the WWE on a part-time deal and currently hosts Are You Smarter Than A Fifth Grader? on Nickelodeon.

How much is John Cena's net worth?

As of 2020, the net worth of John Cena is tagged at $55 million. He is one of the most successful and the richest wrestlers in the world. He has endorsed many companies and products as a wrestler such as Subway Restaurant, YJ Stinger, Gillette and more.