By Football-Stats (self meida writer) | 8 days 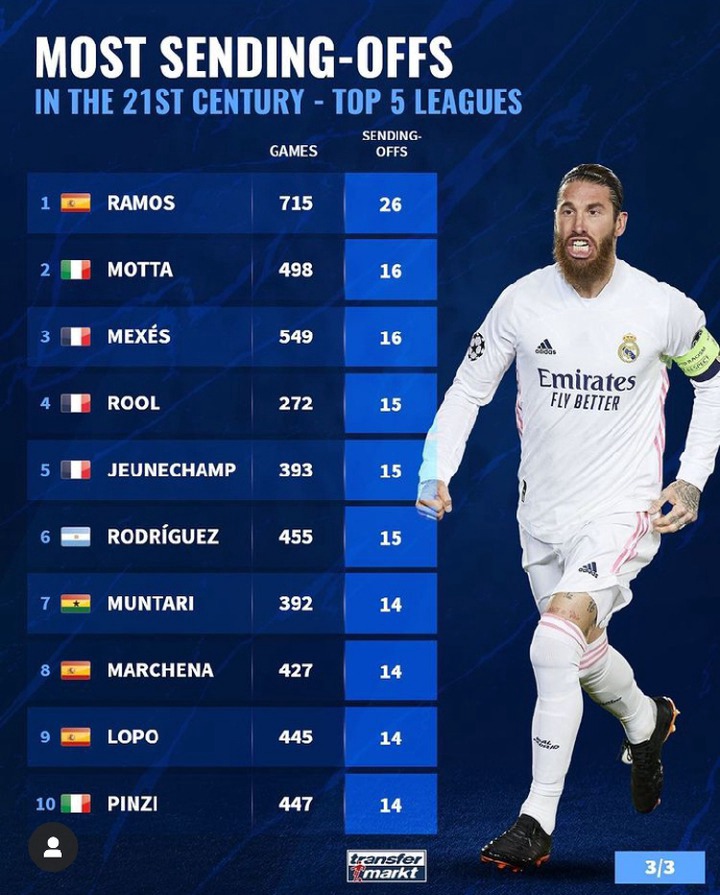 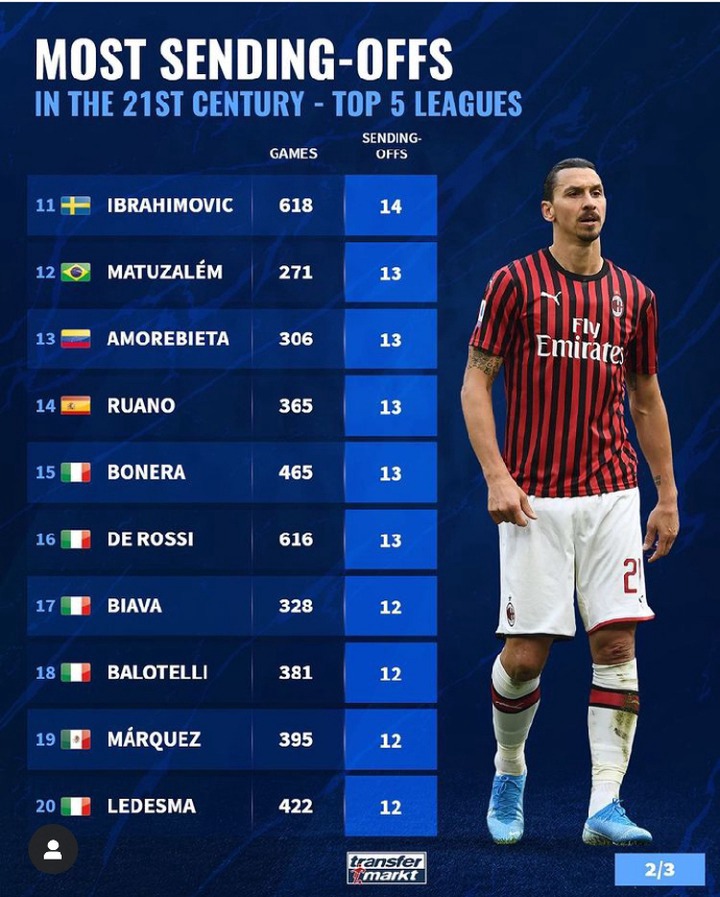 Zlatan Ibrahimovic is well-known for his aggressive style of play. On the field, some players have described him as a bully. In 618 games, the 39-year-old AC Milan striker has received 14 red cards. This means he has three more red cards than Luccin, Felipe, Vieira, Ambrosini, Cristiano Ronaldo, Roncaglia, and Dani Alves. 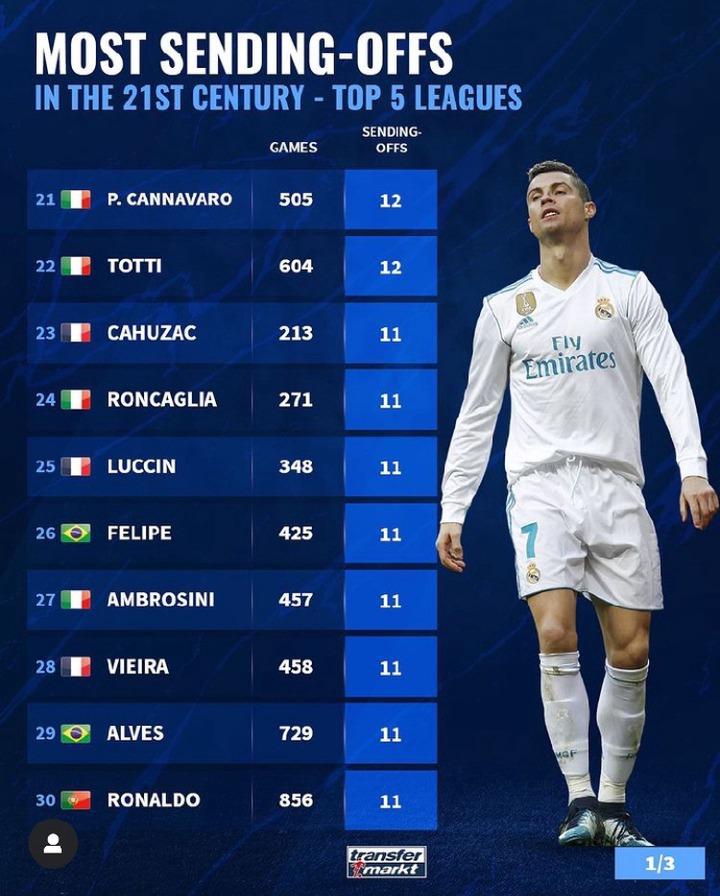 The fact that the five-time Ballon d'Or winner made the list surprised most people. This is a significant distinction between the Portuguese and Lionel Messi. Ronaldo is a very aggressive player, and keep in mind that Lionel Messi has only received one red card in his career. Marquez, Cahuzaj, Cannavaro, Ledesma, Muntari, Lopo, De Rossi, Marchena, Bonera, Runao, Pinzi, Matuzalem, Biava, and Mario Balotelli are among the other players who made the list of the top 30 players with the most red cards in Europe's top five leagues.