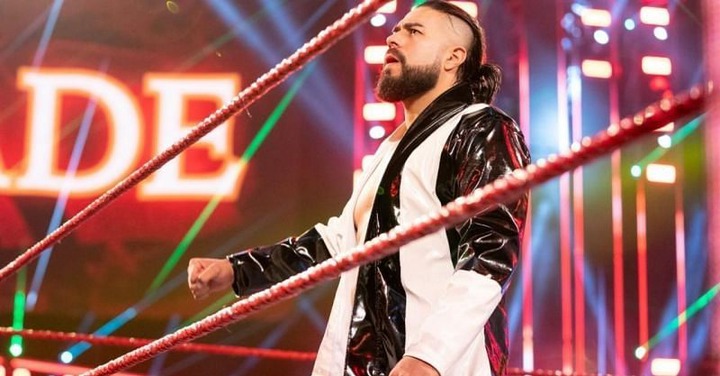 Andrade was recently released from WWE following a difficult spell on the main roster. He may have left the company, but that did not stop the former United States Champion from thanking his colleagues who had helped him in his career.

Andrade shared a heartfelt message via Twitter, thanking all those who supported him on his journey. He specifically mentioned Triple H, Paul Heyman, and William Regal, all three of whom acted as mentors in his career.

AdvertisementThe tweet got several responses, including one from former NXT Champion Adam Cole.

The two have met each other in the squared circle on five different occasions, and all five involved the NXT Championship. All five matches were triple threat matches on house shows and featured either Drew McIntyre or Roderick Strong.

Their last meeting was at NXT's Altoona show back in 2017, where El Idolo emerged victorious in his NXT Championship defense

Andrade's career as a WWE Superstar

The last few months of Andrade's run in WWE may not have been great, but the former US Champion had a successful career overall.

During his time on NXT between 2015 and 2018, the Mexican star had some high-profile matches with the likes of Aleister Black, Drew McIntyre, and Johnny Gargano. He was the NXT Champion for one year before making his main roster debut.

Andrade would lose the title to Apollo Crews after a successful reign of 151 days. After that, he started working with fellow Mexican star Angel Garza but found very little success. He was last seen on WWE television back in October 2020.

He would finally request his release in March 2021. WWE initially denied his request but finally gave in. Andrade is a talented wrestler and will surely find himself back in the ring soon enough.