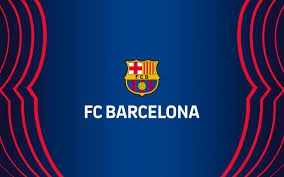 Barcelona have released the squad numbers for the 2021/2022 La Liga Santander season and this is the first time in the club history that the number ten will be left out after the departure of club legend, Lionel Messi.

Below are the new squad numbers assigned to each player in Ronald Koeman's Barcelona team.

The German shot-stopper retains his number one as he is the first goalkeeper of the team.

R.Araujo has been assigned the number four jersey. This shirt was previously worn by the likes of Ronald Koeman and Josep Guardiola. Cesc Fabregas and Ivan Rakitic also carried this number.

After Depay has taken the number nine jersey, Braithwaite has been assigned the number twelve.

The Brazilian attacking midfielder will take on the number he wore in his first season at the club again. The number fourteen.

Former Manchester City striker will take on the number 19 jersey for Barcelona next season.