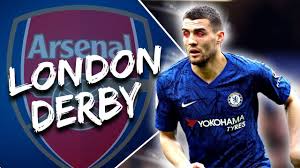 Two FA Cup semi-final matches will be held at Wembley this weekend, the first which have already been played was between Arsenal and Manchester City while the second is between Chelsea and Manchester United and it will be played on Sunday.

All those predicting a Manchester derby final in this seasons FA Cup were left disappointed as the only derby now possible is the London derby. But that is if Chelsea can beat Manchester United tomorrow.

As the possession stats show, City dominated the match but failed to break down a resolute Arsenal defence but Arsenal who had lesser of the ball possession were able to score a goal in each half.

Both goals were scored by Arsenal's leading goal scorer for this season, Aubameyang. He got his first goal when he converted a cross from Pepe in the 19th minute while his second goal came in the 71st minute, when Kieran Tierney played the ball over the top for the Gabon striker to chase and he finished cooly by sliding the ball under the keeper.

The game ended 2-0 in favour Arsenal who will now wait for Sunday's match between Manchester United and Chelsea to know who they would meet in the final.

If Chelsea should win Manchester United tomorrow then the final would be a London derby but of course that may not happen if United beat Chelsea.

But who ever it maybe Arsenal have won and will now be hoping to add to their rich collection of FA Cup trophies.

After missing out on the top 4 this season, winning the FA cup this season will be some kind of a consolation for the gunners fans if they can win again in the final.

Do you think this season's FA Cup final is going to be a London derby or do you feel Manchester United will beat Chelsea tomorrow to spoil that dream?