By SoccerTravia (self media writer) | 25 days ago

Chelsea's first-choice goalkeeper, Edouard Mendy has held his exclusive interview with the media where he opened up on why he doesn't play FIFA games.

A reminder that the Senegalese joined Chelsea in the summer of 2020 and since then he's established himself as one of the top goalkeepers in the world.

Just this season, Mendy has continued his impressive performance again as he aims to claim more medals with Chelsea at the end of the campaign.

So Mendy in his interview via Chelsea News, said he appreciated how people recognize him after winning the Uefa Champions League last season and how they also gave him and his family respect.

However, Mendy also revealed that he doesn't play FIFA games because he doesn't like his ratings.

"This season is still bad! Even for Toni (I.e Rudiger), he wasn’t happy. I don’t have Twitter otherwise I would definitely complain!" The 28-year-old said 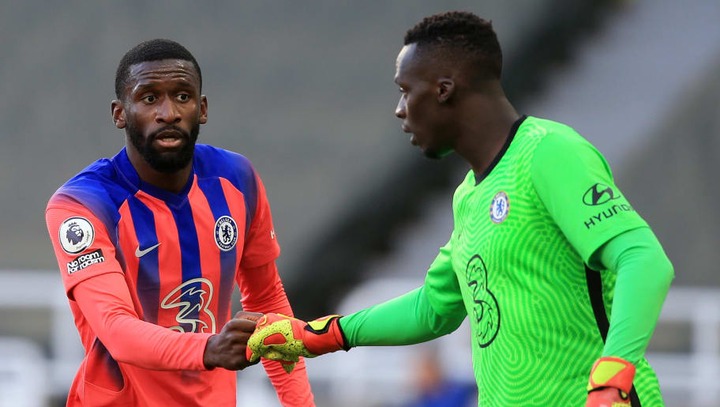 Nevertheless, Mendy will be aiming to back for Chelsea when then host Manchester City at Stamford Bridge this weekend.