With The Retirement Of Ed Woodward, See The Three Possible Replacement For The Manchester United Job

By BleedingPen (self meida writer) | 16 days

Manchester United will be looking for a replacement for the role of the Club's Vice Chairman after the Club's vice chairman, Ed Woodward, recently resigned after the European Super League issue.

The search for the position of the vice chairman of the club comes after Ed Woodward decided to have this season as his last full campaign with Manchester united and it coincided with the Club's withdrawal from the European Super League. 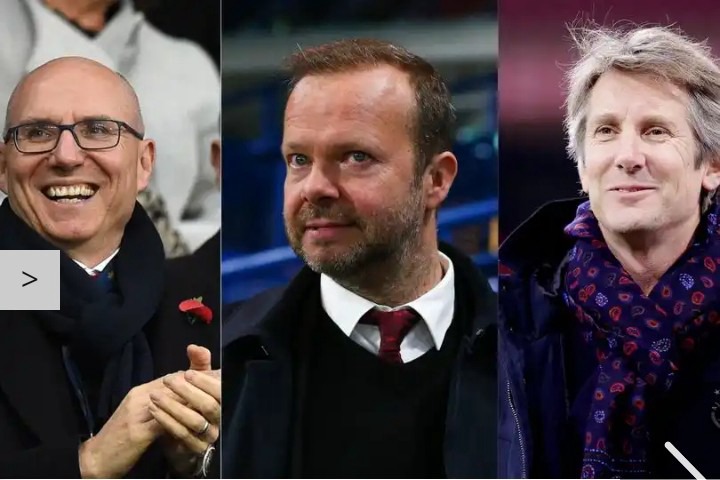 Sources close to the resigned Vice chairman says that he stated that the European Super League decision is his worst since his professional career and was pushed into it by the owners of the club.

Manchester United is already on the lookout for a possible replacement for Ed Woodward.

Below are some of the possible replacements for Ed Woodward at Manchester United.

Batty has always looked like one of the Glazers family due to his identical look with them. Just as Arnold, Batty is very close to the Owners of the club and is more likely to be the Executive Vice Chairman at Manchester united come next season.

Content created and supplied by: BleedingPen (via Opera News )