The Reds went to London in an attempt to make history as they aimed to reach a century points.

Sadio Mane broke the deadlock as he latched unto Robertson's pass in the 20 minutes.

The Champions dominated the match completely all through but were left flat-footed due to defensive errors, unlike them.

First van Dijk carelessly lost possession when he tried to play the ball back to Allison as he passed instead to Reiss Nelson who found Alexandre Lacazette, who rounded Allison to score the equaliser.

In another mistake, as Nelson put the Gunners ahead on the stroke of half-time with his first Premier League goal after a mistake from Liverpool goalkeeper Alisson Becker becoming the fifth player below twenty years old to score for Arsenal this season.

Luiz, a defender known for his frequent errors, his last being in the Manchester city game where he caused a goal, gave a penalty and earned a red card as a substitute, would be able to solve his side's issues to at the back. Klopp was asked if David Luiz was actually the solution to helping his backline stop making mistakes.

Usually we learn from situations like this, we will do that now again. The boys don’t want to hide or say, ‘It’s not my fault’ or whatever, that’s all clear on the table." 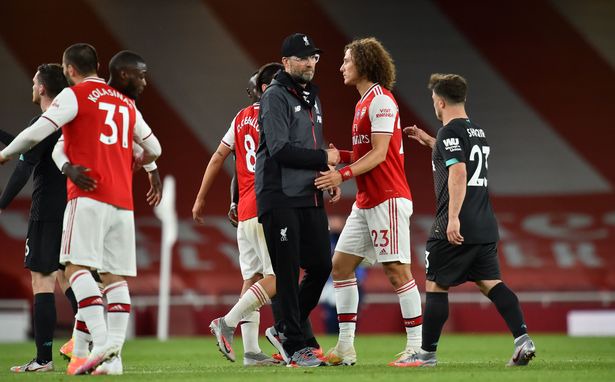 Klopps response makes it unlikely that they'll launch a bid for veteran David Luiz as he seems confident when he backed his players.

However, what do you think about Luiz being linked to Liverpool, use the comment box below.