OPINION: After Wilfred Zaha Refused To Knee Down For Black Lives Matter, See Problem he Could Cause

By Naijarush (self media writer) | 10 months ago 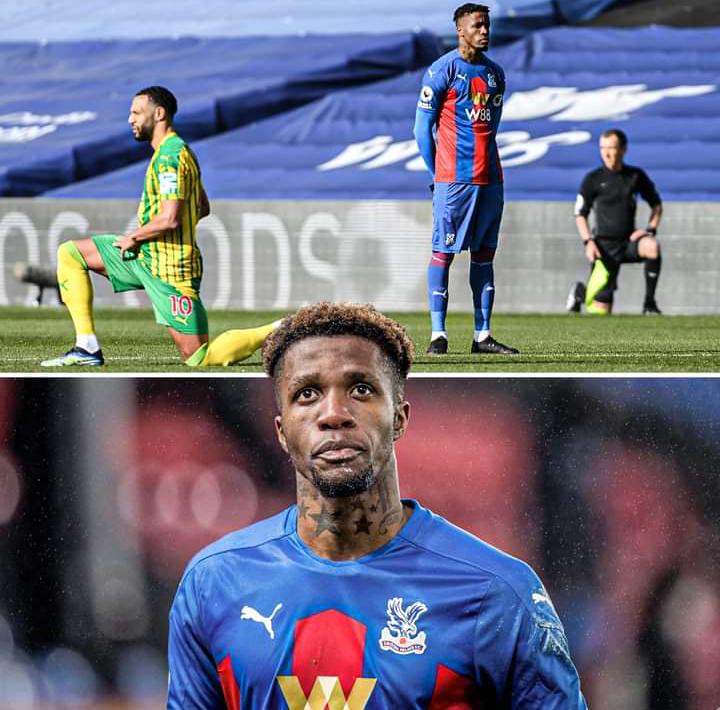 After Wilfred Zaha refused to take the knee to support black lives matter, see the statement made by him. 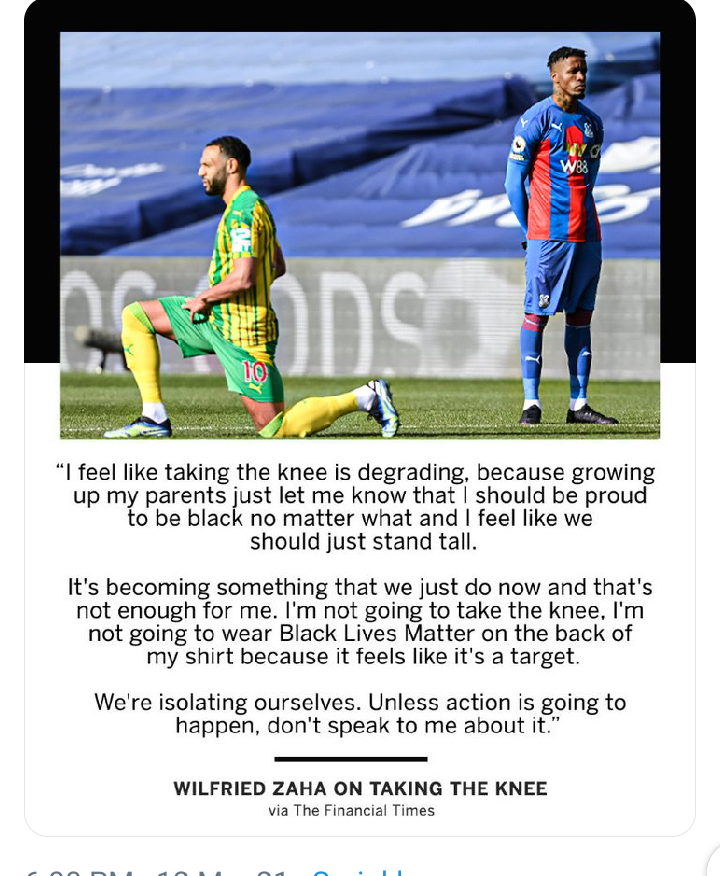 "I feel like taking the knee is degrading, because growing up my parents just let me know that I should be proud to be black no matter what and I feel like we should just stand tall.

It's becoming something that we just do now and that's not enough for me. I'm not going to take the knee. I'm not going to wear Black Lives Matter on the back of my shirt because it feels like it's a target. We're isolating ourselves. Unless action is going to happen, don't speak to me about it."

However Wilfred is entitled to his opinion. His stance only carries meaning in the context of other players taking the knee. If no one takes the knee the moment that is intended to draw attention to the systemic racism in society is lost and we go back to business as usual. Is that going to educate people or bring about change? Small acts of protest can drive societal change. I respect Wilfred stance but worry it will give others a licence to undermine the overall movement.

This is my personal opinion and not meant to challenge anyone into a debate on semantics.

Kneeling is equated to agreeing that you want to end racism. It was never meant as the only tool to end racism. Anyone who thought that kneeling was gonna do more than just bring awareness is the fool who would now stand. Of course more needs to be done. Regressing isn't helping anything. Taking a knee that signalsbbeing against racism might not help much but not kneeling for that cause is regression. It gives oppressors a reason to stand with you in deceit. You stand cause you want more action. They stand in opposition. The point is that you both stand against the kneeling that is meant to just say "let's end racism."

Colin Kaepernick disrespecting the Us flag, and the players kneel it has more to do with the flag then actually doing anything towards racism. If you want to solve inequalities of race, you need to volunteer and encourage two-parents households

Content created and supplied by: Naijarush (via Opera News )