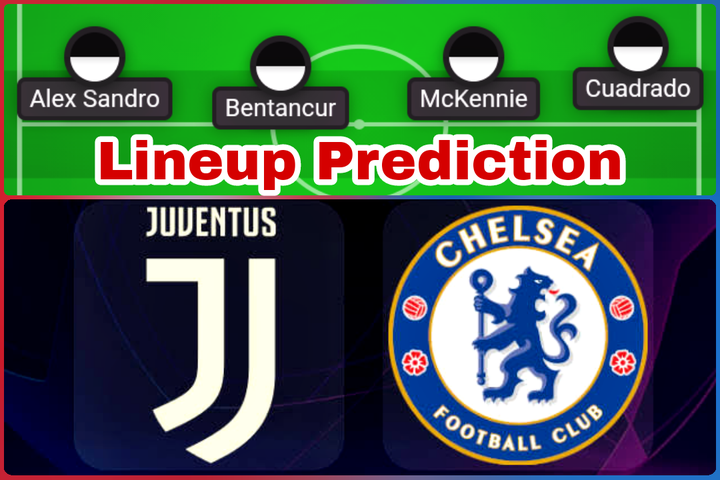 Juventus' poor start to the season continues on Wednesday evening as they host defending champions Chelsea in a Champions League group stage match at home.

For the first time since his return to Juventus in the summer after a two-year absence, Massimiliano Allegri has supervised consecutive triumphs. However, a series of unimpressive 3-2 victories against two of Serie A's bottom six teams gives Thomas Tuchel's side little reason to be optimistic.

Szczesny (GK): Szczesny is expected to return against Chelsea after missing Sunday's triumph over Sampdoria due to a blunder-filled start to the season.

Chiellini (CB): Tonight, Chiellini will be an excellent addition to the Juventus defence.

Bonucci (CB): This season, he's the one who's always there. Bonucci may not be the oldest of the group, but at 34, he can't possibly play every possible minute for much longer, can he?

Matthijs de Ligt (CB): Allegri has already benched De Ligt for important matches against Napoli and Milan, but the Dutchman might be called upon as part of a back three to mimic Chelsea's preferred formation.

McKennie (CM): Allegri's excessive standards were exposed when he claimed McKennie'should have scored at least four goals' against Spezia recently.

Manuel Locatelli (CM): Locatelli is up against considerably more fearsome opposition in what would be only his second ever Champions League game, following a midfield masterclass against a struggling Sampdoria.

Bentancur (CM): His boss may inspire a positive performance, considering Bentancur's only two Serie A goals came during Allegri's first stay at the club.

Alex Sandro (LWB): Sandro and his new, old coach have yet to visibly butt heads, despite having had a relationship with Allegri that was carefully described as 'definitely not perfect' by Brazilian journalist Claudia Garcia during his first tenure at the club.

Federico Chiesa (ST): He is Juventus' top player and will give Chelsea a run for their money.

Moise Kean (ST): Moise Kean has a lot to show in his second stint with Juventus, and he will be crucial in this match. 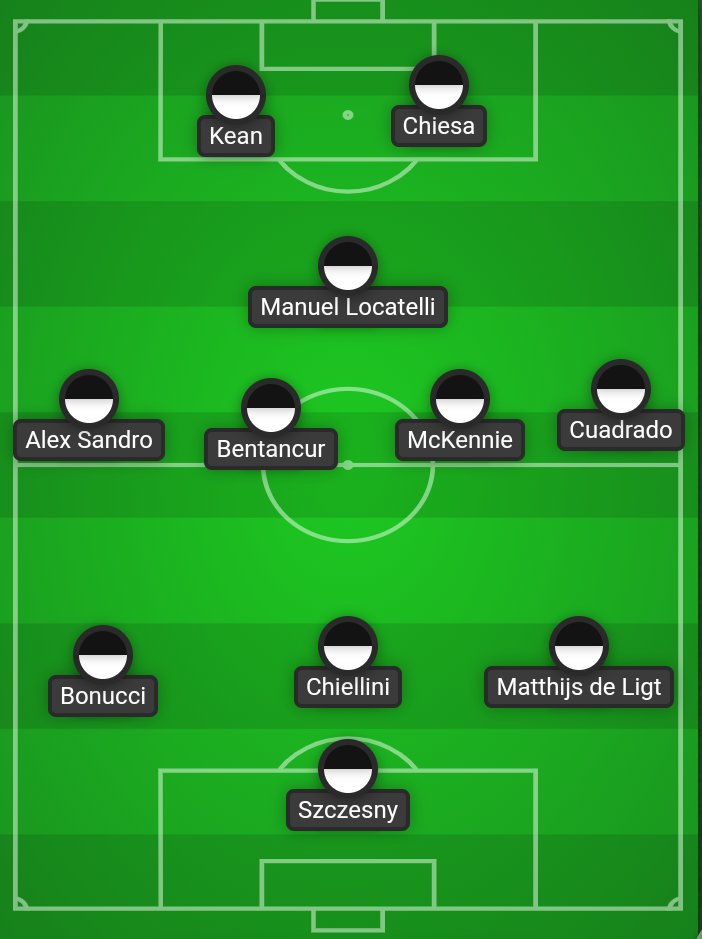