By Chybyske (self media writer) | 1 year ago

Leicester City welcomed Manchester United to the King Power Stadium on Boxing Day, and it was a good start for matchday 14 in the English Premier League.

Both teams went into the game at 2nd and 3rd respectively on the league table, and at the end of proceedings, points were shared and the position remained the same. 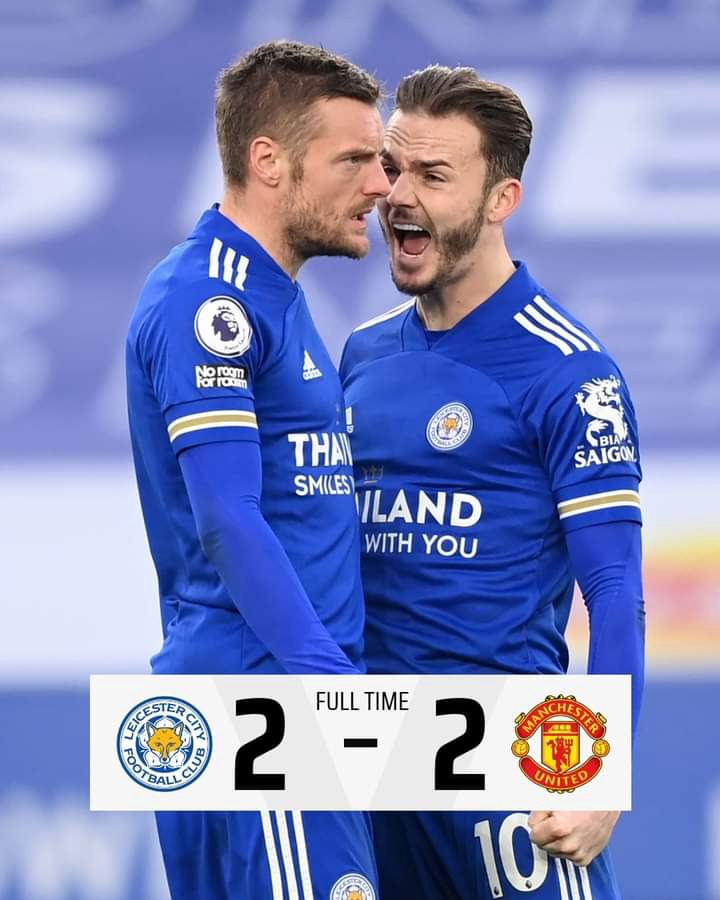 The Foxes came into these games on the back of an impressive win over Tottenham, same for United who trashed Leeds United 6-2.

Marcus Rashford opened the scoring in the 23rd minute to score his 50th Man U goal after missing a sitter early on in the game. Harvey Barnes leveled for Leicester eight minutes later. 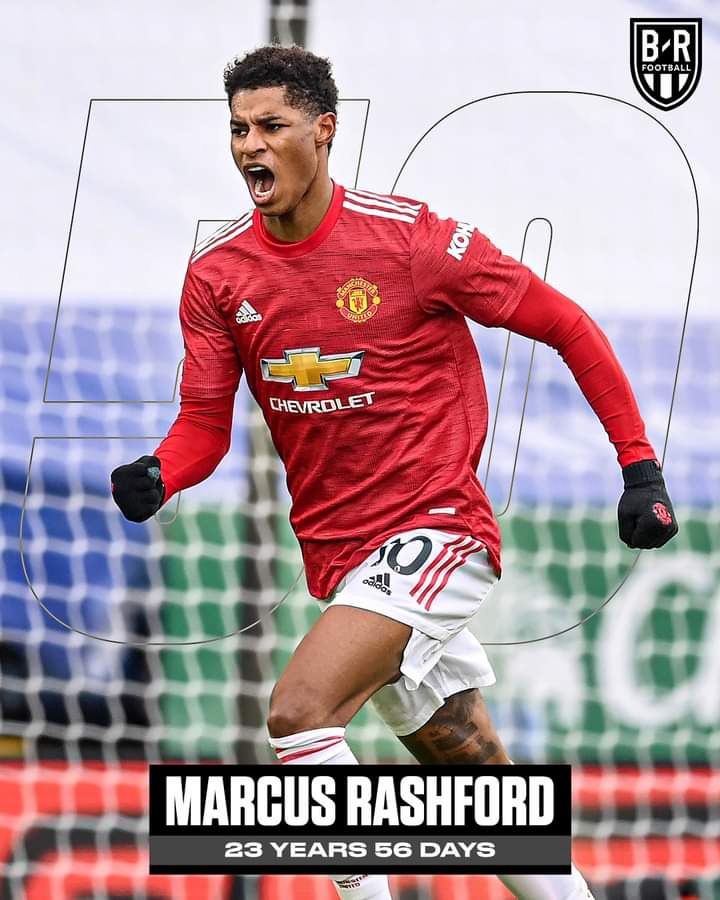 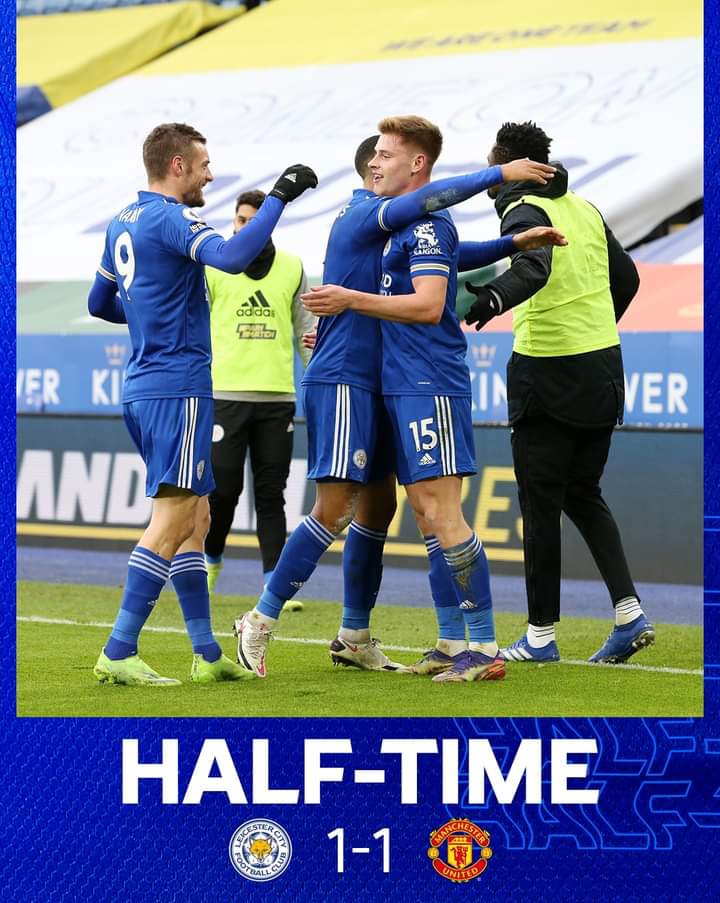 Bruno Fernades who had set up Rashford in the first half then put United ahead thanks to a through-ball Edison Cavani who replaced Anthony Martial. 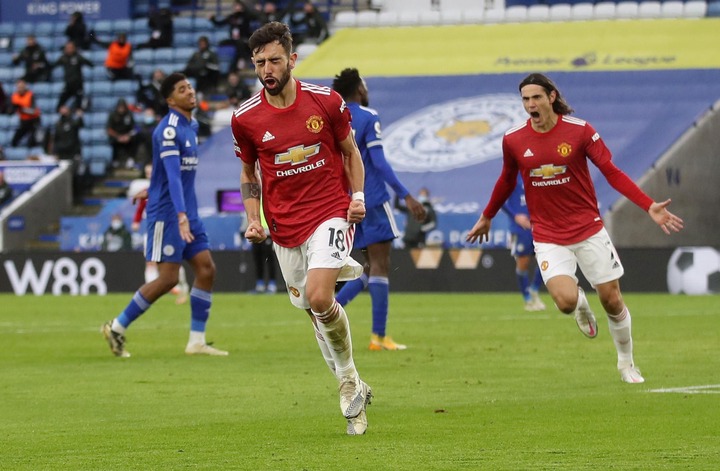 But just when United were hoping to take all three points home, a loose ball in the 18-yard box, touched Vardy and deflected by Alex Tuanzebe found its way into De Gea net for yet another equalizer. 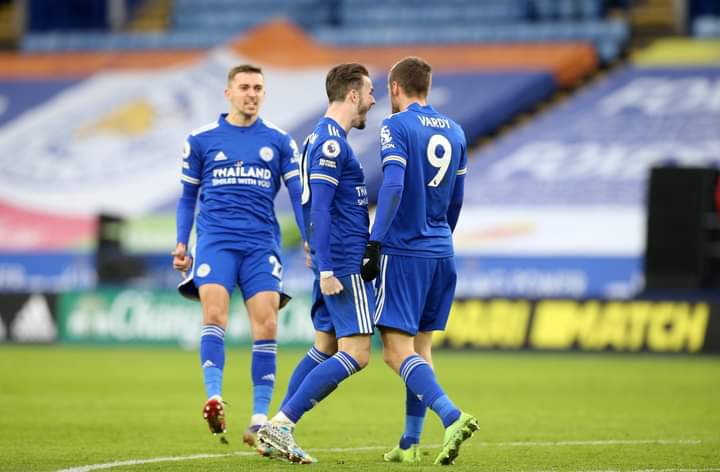 With his goal and assist today, Bruno Fernandes has now contributed to 30 goals for Man U in the EPL (17 assists & 13 goals).

He also climbs up the ladder in the race for the Golden Boot, overtaking Harry Kane, with just Salah, Vardy, DCL, and Son above him.

Here is the list of goalscorers as it stands currently in the English Premier League. 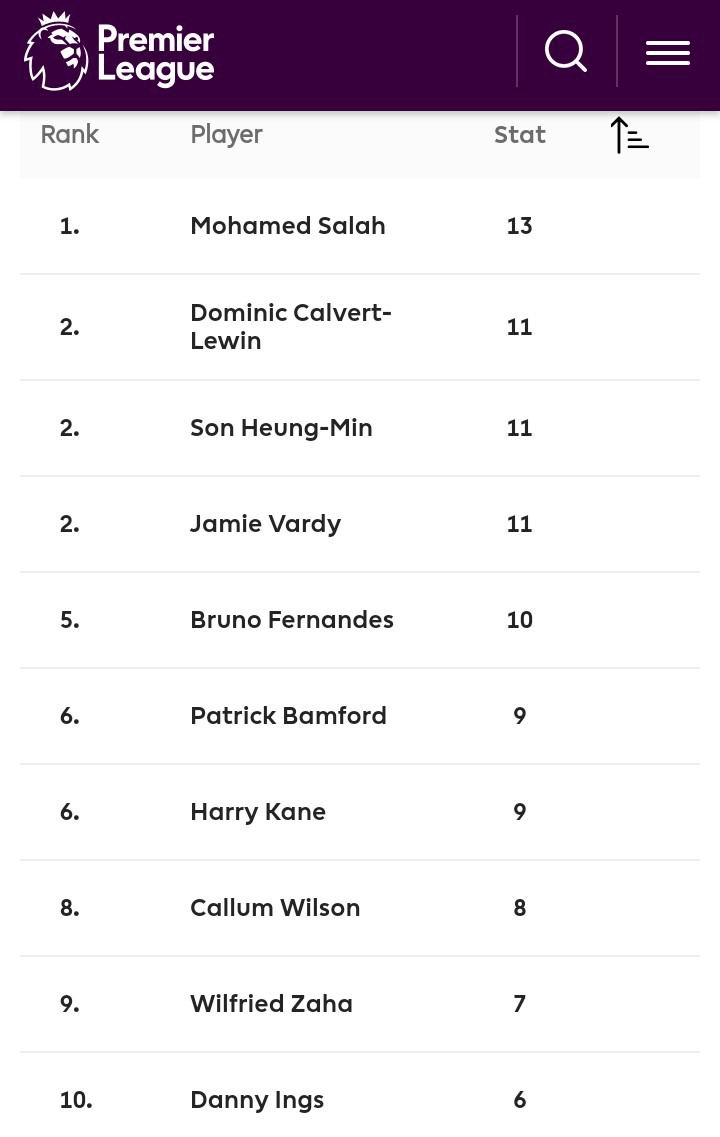 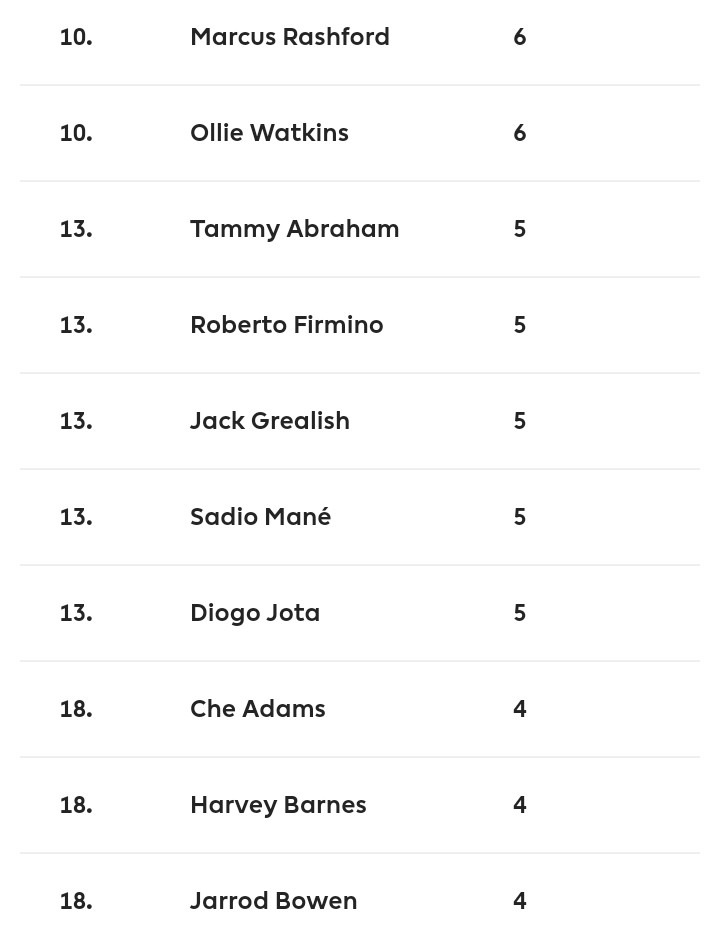 Manchester United will now prepare for Tuesday when they will face Wolves. 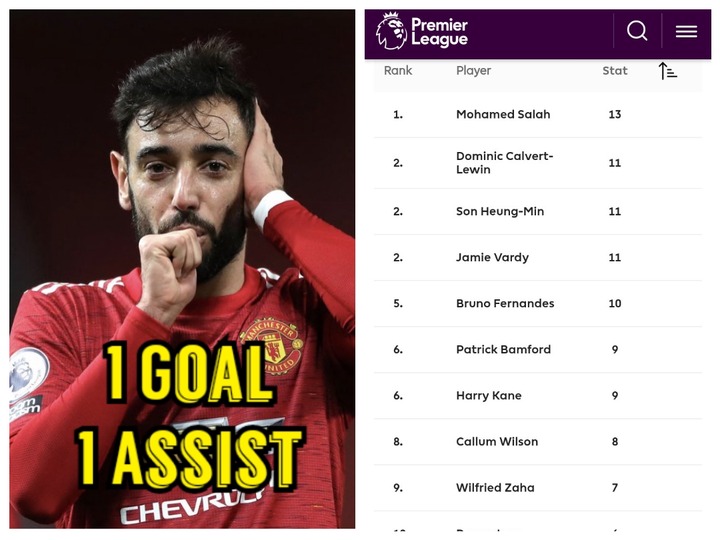 Content created and supplied by: Chybyske (via Opera News )