Meet The Only Team To Ever Win The WWE, ECW, WCW, TNA and NWA Tag Team Champions

By Kingofinnovation (self media writer) | 11 months ago 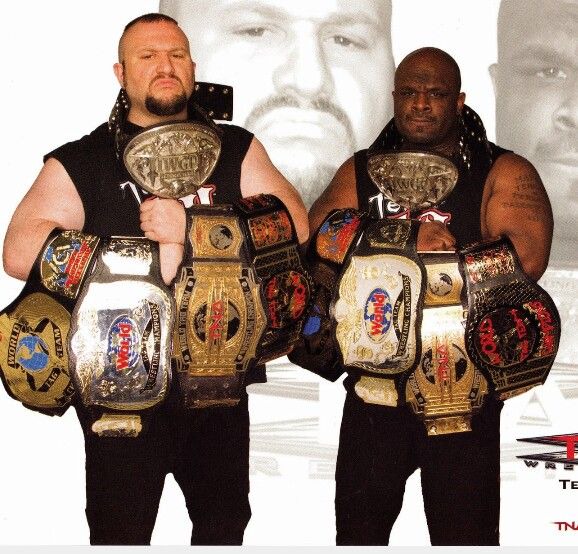 Pro Wrestling is a vast business and it has so many companies. Their are up to a thousand wrestling promotion all around the world, making it impossible for a single wrestler or a single team to wrestle in all of them or even hold champions in all of them. America on its own has the big leagues and also independent promotions which is very very uncountable. You have the men wrestling promotions which includes World Wrestling entertainment (WWE) as the top promotion in wrestling history we also have Impact Wrestling which was formerly known as total nonstop action (TNA), we also have Ring of Honor (Ring of Honour), national wrestling alliance (NWA) and then the newly established All Elite Wrestling (AEW) folded promotions include WCW and ECW. In Japan we have new Japan pro wrestling(NJPW), all Japan pro wrestling (AJPW). There are also multiple independent wrestlings, all this wrestling promotions have their own Tag Team Champions making it impossible for a single team to hold all these champions but team has managed to hold at least 6 this tag team champions 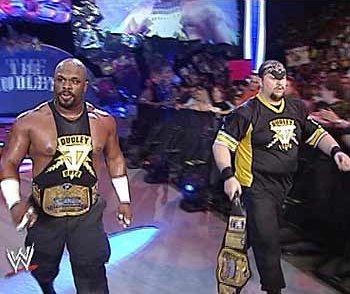 They are the Dudley Boyz. I don't give a damn about the Road Warriors, all I know is that the Dudley Boys is the single greatest tag team in the history of and also professional wrestling, their accomplishments can never be overemphasized, they have won a total of 24 tag team which is an all time tag team record in wrestling history. Of course their highest reign comes in WWE where they are nine time tag team champion, a record that was recently broken by the Newday.

THIS IS THE THE ORDER IN WHICH THEY WON THE TITLES

The first was the ECW Champion 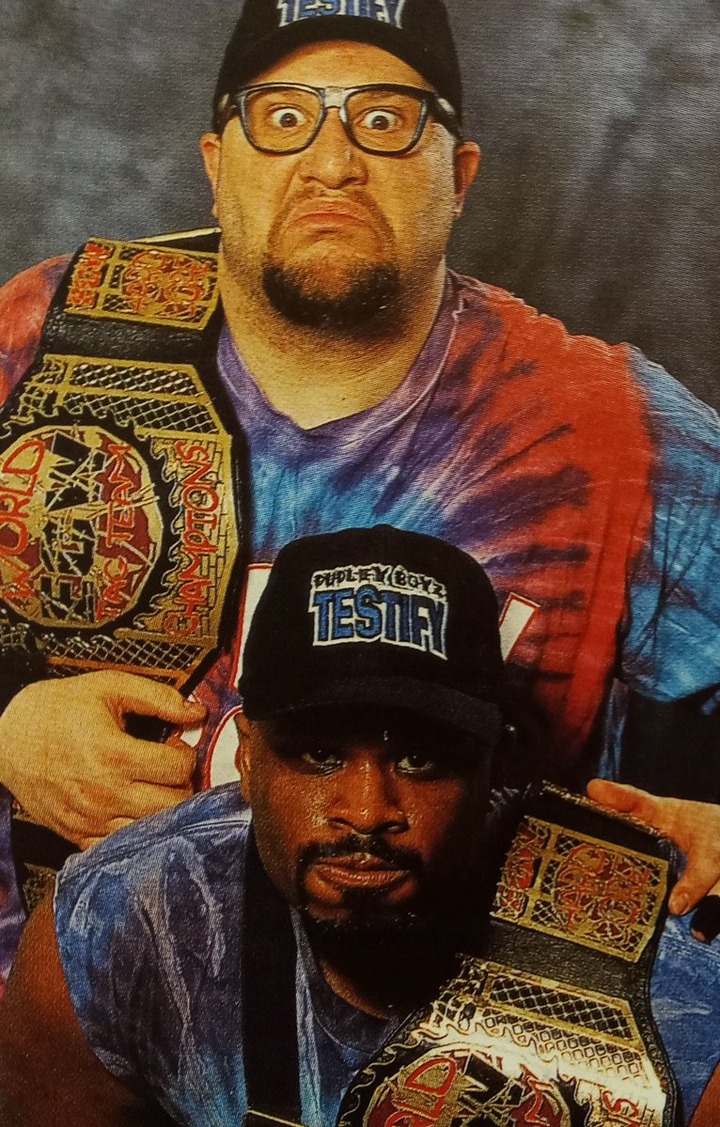 The Dudley Boys known in ECW as Buh Buh Ray and Devon started in the Philadelphia PA based ECW promotion, they won their first tag team champion in the extreme promotion where they defeated the Eliminators in 1997. They would go on to win the title for a record 8 times before going over to WWE. 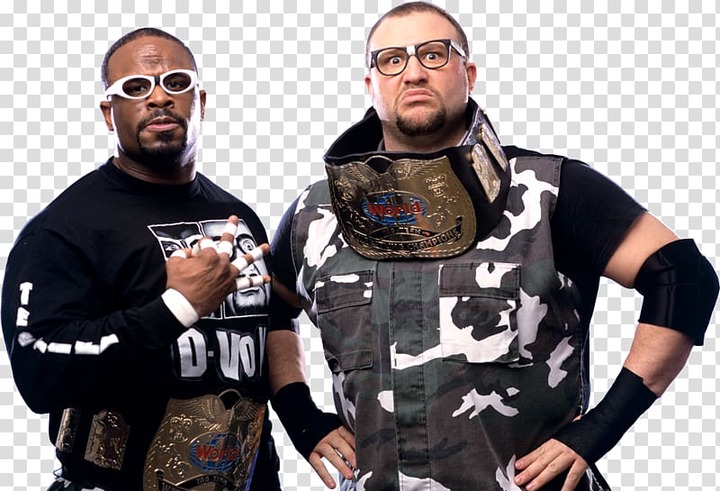 The Dudley Boyz defeated the new age outlaws to win their first WWE world tag team champion at the No way out 2000 pay per view. They went on to win the title for 7 more times before living WWE. 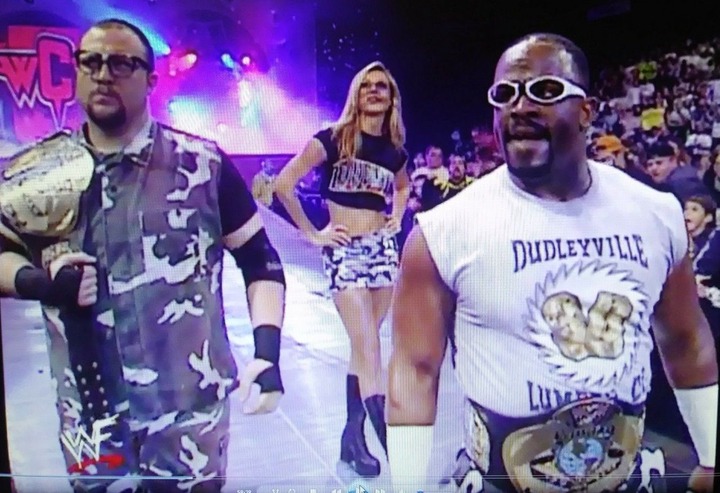 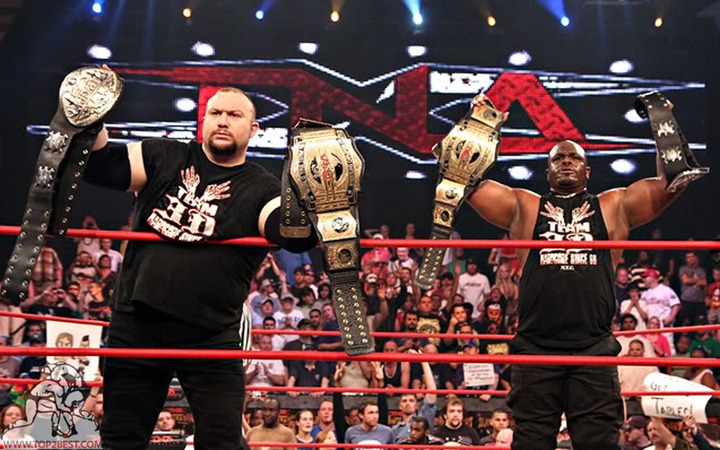 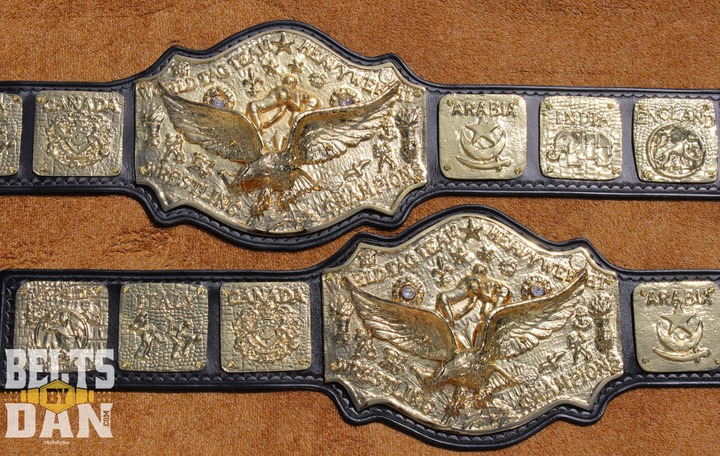 After making their TNA debut in 2005, during the time when TNA was having their affiliation with NWA, the world and tag team champions of NWA was defended in TNA.The Dudley Boyz defeated Latin American Exchange (LAX) which was a team up of Hernandez and Homicide, to win the NWA world tag team champion for the one and only time in their career in an electrified steel cage match at the 2007 lock down pay per view. 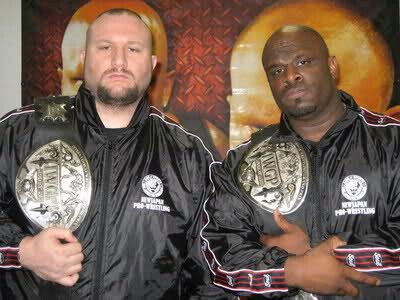 This was the final tag team. They defeated the most violent plays Togi makabe and Toru yano at circuit 2008 new Japan ism on February 2008 to win the IWGP tag team champion. They later won it one more time.