Harry Kane, Jermain Defoe and other fine football players whom has never won a Trophy

By Shamharisblog (self media writer) | 10 months ago

Football is one of the most beautiful and finest game with large followers around the world. What makes football so fine and beautiful is its fine players, the money, fame, trophies both individual and team trophies.

However, some football players are not so lucky in winning trophies despite their skills, popularity, money, goals, number of games played and even individual accolades. Such is the case of English Football legend; Matt Le Tissier, Jermain Defoe, Samir Handanovic of Inter, Radja Nainggolan, Dimitri Payet, Harry Kane, Antonio Di Natale. But do you know that he has played a total of 748 matches without winning a major trophy?

Harry Kane MBE: He was born on 28th July 1993. The Tottenham and England forward and captain has played a total of 440+ games for country and club scoring 226 goals but no cup to show for it. 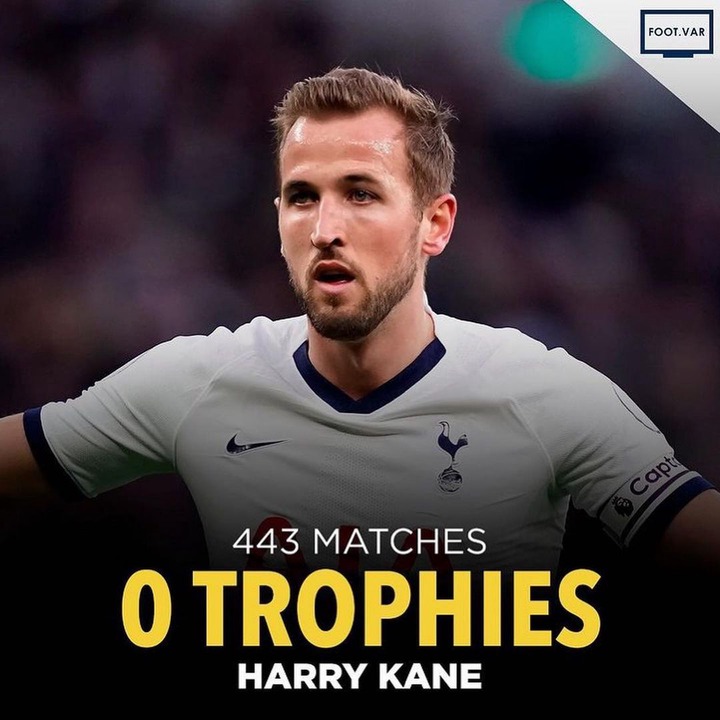 Kane is one of the best strikers currently in the Premier League and in the world of football and there is no doubt about that. Harry Kane has won a lot of individual accolades both as a youth and a senior player. Some of his accolades are the 2018 FIFA World Cup Golden Boot, Premier League Top Scorer, Tottenham highest goalscorer of all time as at February 2021 etc.

Matt Paul Le Tessier: He was a former England and Southampton attacking midfielder and also a TV Presenter . He was born on 14th October 1968 and has won a lot of individual accolades as a football player. He has won PFA Player Award, Goal of the Season, Premier League Player of the Month, etc. Le Tessier made 461appearances for country and clubs scoring 164 goals as an attacking midfielder but has never won a trophy.

Dimitri Payet: He was a former Westham U'td, French player who currently captains Olympique de Marseille football club. The free kick specialist who was born on 29th March, 1987 has had some individual accolades to his name; including FIFA FIFpro XI etc. He has made 615 appearances for country and clubs but has never won a major cup, however, he is a Europa League Runners-Up of 2017-2018.

Samir Handanovic: Is a goalkeeper who doubles as both Inter Milan captain and the Slovenian national team. Handanovic who was born on 14th July, 1984 is no doubt one of the safest hands in the game. 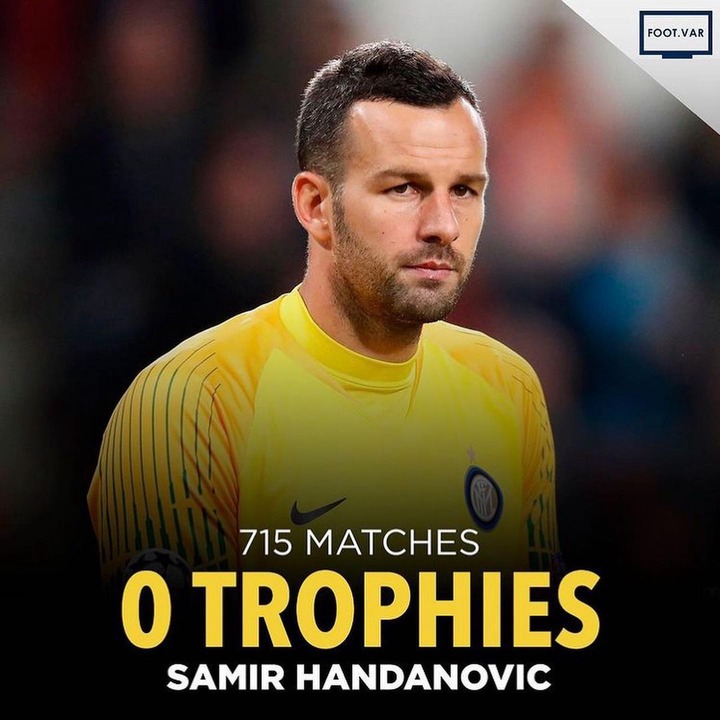 Handanovic has had 715 Caps to his name and some individual honours to his name but no major cup as a football player.

Antonio Di Natale: Is a former Italian International who has played as a forward for Italy and numerous clubs in Serie A 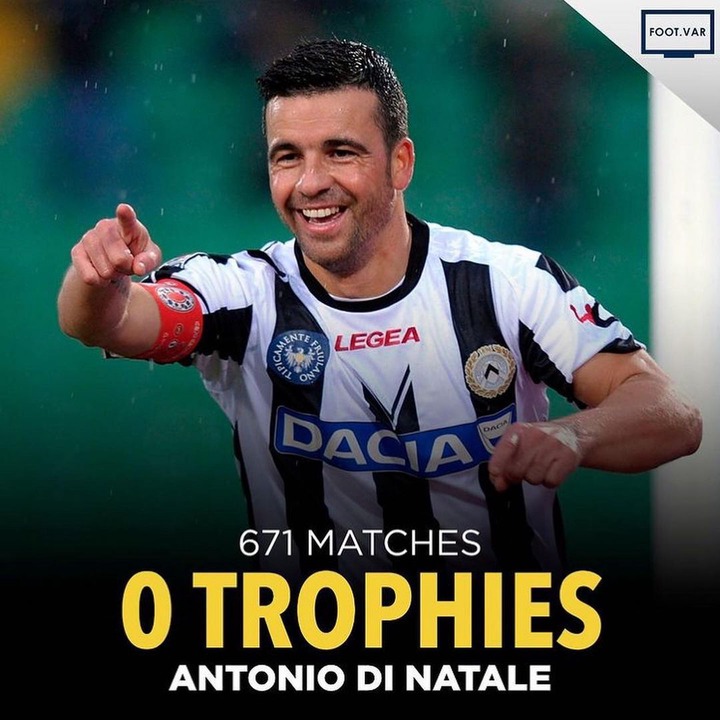 Radja Nainggolan: He is a 32 year old Belgium and Inter Milan midfielder who is currently on loan in Cagliari. 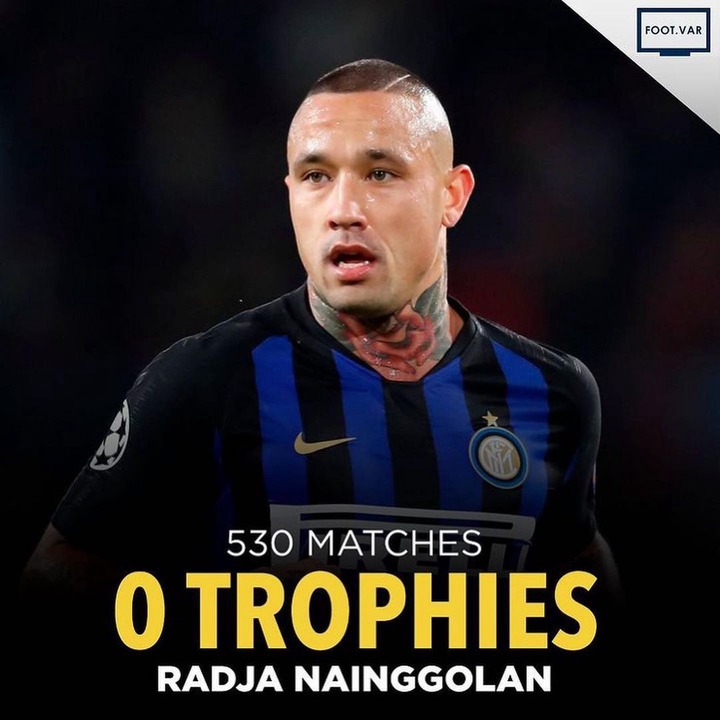 Nainggolan has made 530 appearances for both club and country. He has made the Series A team of the year for good 4 seasons, Series A MVP of the month (November) 2019 but he is yet to win a title.

All images are credited to foot.var