Nigerians and the English Premier League

Walking through the streets of Lagos, it's near impossible not to find a board laced with inscriptions about fixtures...selected football fixtures of matches, mostly involving teams from England’s top division - The Premier League.

The fan passion for the premier league isn't surprising as the years have seen content provided at proximity, and like hot Jollof (a Nigerian delicacy), consumption is rapid. Aside from accessibility to club information, the knowledge of Nigerian players involved in the league since its commencement in 1992, has also been a part of the conversation. Their exploits adds to the frenzy of what many classify as the "best league in the world." 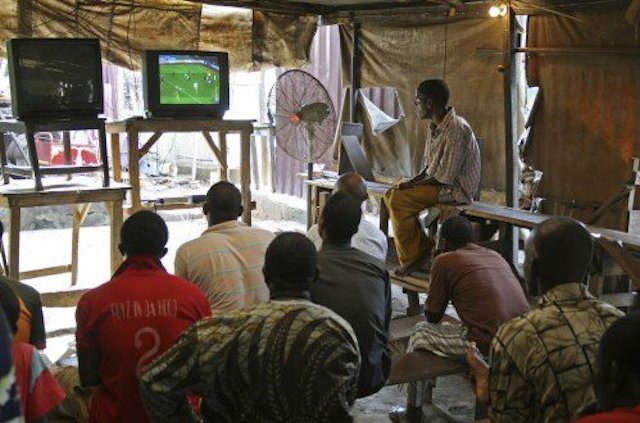 It's been over two decades; the number of Nigerian players continues to rise. In fact, since 1992 - present day, there has always been a footballer who recites Arise, O compatriots' with the green and white flag.

Efangwu Goziem Ekoku, a pioneer if you choose that as the perfect label, was born in Cheetham Hill, Manchester. In the 1992–93 season under the management of Mike Walker, he joined Norwich for £500,000. Ekoku arrived at Carrow Road when the canneries were in the thick of the title race – he scored three goals in ten games in what was left of that exciting campaign, and although Norwich were beaten to the title by Manchester United, Ekoku and his teammates had achieved a third-place finish and qualified for the UEFA Cup. He was also part of the victorious Eagles team that won the Africa Cup of Nations in 1994. 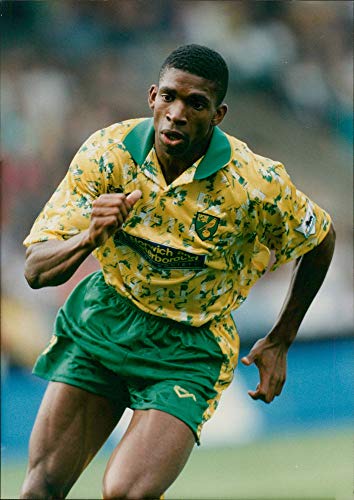 AFCON success and Nigeria's first appearance at the World Cup in 1994, amplified how much quality was inherent in the squad. One of such was "The Bull", birth name - Daniel Owefin Amokachi; the Kaduna born forward was discovered while playing for Ranchers Bees, and then moved to Belgian club where he competed in the new format of the Champions League and became the first player to score in the competition. After the world cup, Amokachi drew interests from the blue-side of Merseyside, and their manager Mike Walker (who acquired Ekoku two years earlier while for Norwich) signed him for a fee of £3,000,000. He went on to win the FA Cup with Everton in 1995, scoring two goals in the semi-final against Spurs after 'substituting himself' into the match while teammate Paul Rideout was receiving treatment. 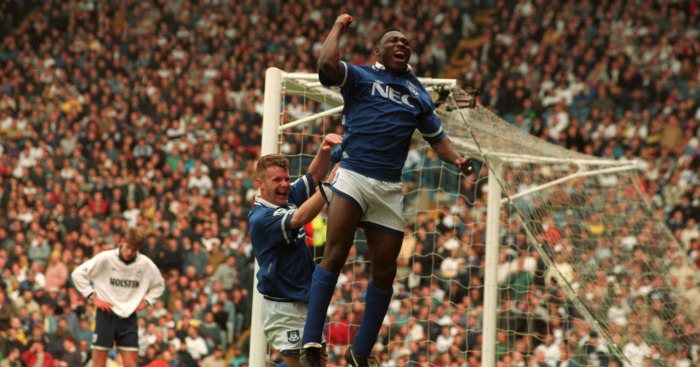 Then it was the time of Celestine Hycieth Babayaro, one of the best left-backs to ever play the beautiful game. He was almost flawless. Babayaro spent the majority of his career playing in the Premier League, mainly for Chelsea a side he joined for a transfer fee of £2.25 million and played from 1997 to 2005, and then later for Newcastle United, from 2005 to 2008. He won UEFA's Winners and Super Cup in 1998 and added an FA Cup to it during the 1999-200 season. 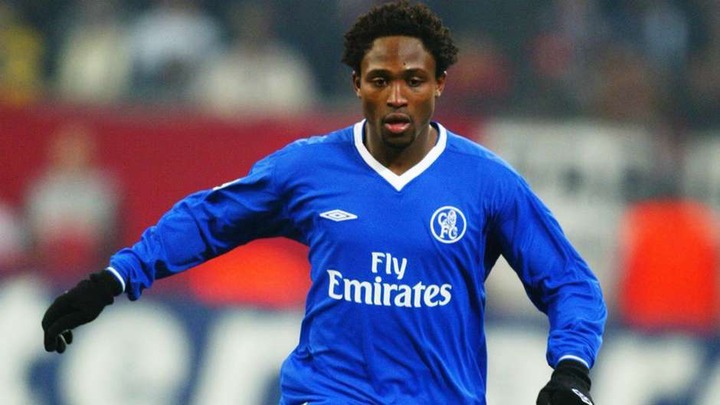 Highbury was another destination which housed a Nigerian player. In February 1999, after just twelve games and one goal for Inter, Kanu Nwankwo was signed by Arsenal for approximately £4.15 million. The rest they say is history, as the Imo born forward went on to become one of Africa's most decorated footballers of all time. It truly is hard to pinpoint which was his glorious moment as every day on the pitch, fans saw something unique. In the midst of selection difficulty, most will agree 1999-2000 was special - that hat-trick in fifteen minutes against Chelsea which turned a 2–0 deficit into a 3–2 victory for the Gunners – was everything. Kanu’s time at Arsenal saw Nigerians gravitate more towards the premier league, with the number of Arsenal fans rising exponentially. Kanu went on to play for West Bromwich Albion and Portsmouth - where he won his third FA Cup winner's medal. 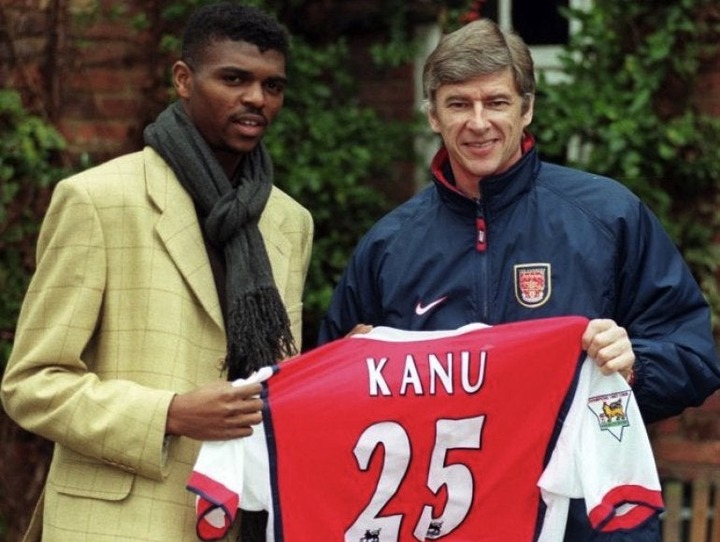 Considered by many as one of the world's most gifted players, with fans printing shirts with the inscription "Jay-Jay – so good they named him twice", Augustine Azuka "Jay-Jay" Okocha was like nothing the premier league has ever seen. He joined Bolton Wanderers on a free transfer after leaving PSG in the summer of 2002 after the FIFA World Cup. As expected, Bolton became a house hold name with more fans. In Nigeria, there were people who boldly would beat their chest and yell "We are Bolton fans!” 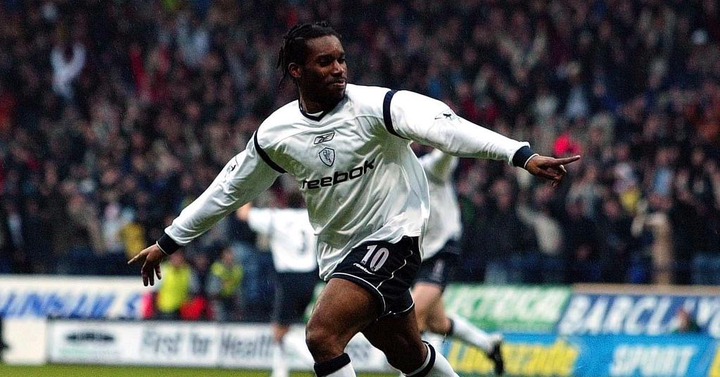 At the mention of Yakubu Ayegbeni, defenders tremble. Born in Benin, the ancient city gifted us with a modern predator. His performances in the 2002-03 UEFA Champions League campaign for Maccabi Haifa earned him a loan move to English club Portsmouth which became permanent as they were promoted to the Premier League in 2003. "The Yak" as referred to by fans has since appeared in over 250 Premier League matches for Portsmouth, Middlesbrough, Everton, and Blackburn Rovers. He is the second-highest African goalscorer in Premier League history with 96 goals. 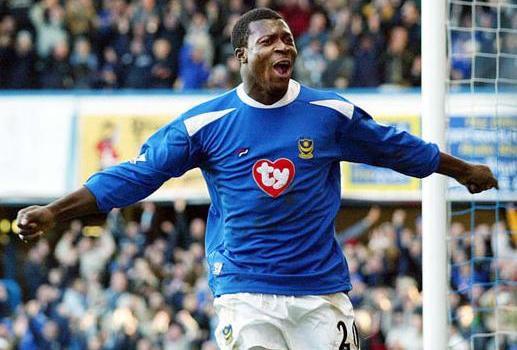 Ever wondered what sort-after looks like in human form? Well, John John Michael Nchekwube Obinna is your answer. Born in Jos, the former Plateau United midfielder joined Norwegian club Lyn at the age of 17 in 2004. In 2006, he chose Stamford Bridge at the expense of a trip to Old Trafford. He stayed with Chelsea for 11 years, winning two league titles, three FA Cups, one League Cup, one Shield, two European titles (Champions League & Europa League). He was a true superstar not only in the blue shirt, but also in the green and white. 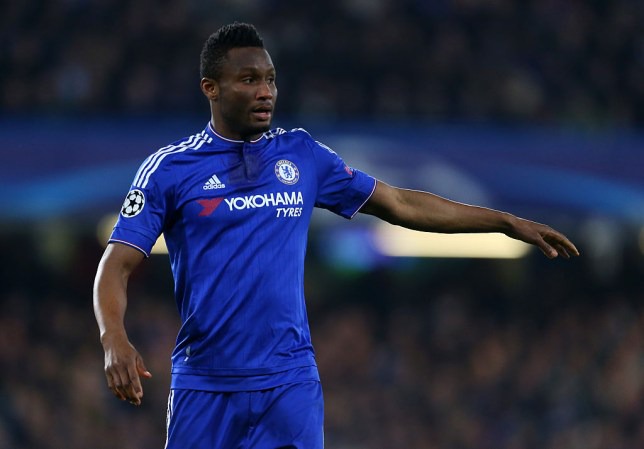 Another worthy of mention is Joseph Michael Yobo who at a fee of £1 million became the first signing of David Moyes. Yobo became one of the most consistent players in the Everton squad and was one of only seven players in the entire league to play every minute of every game throughout the 2006–07 season. He was the captain of the Nigerian national team until his international football retirement in June 2014 and is Nigeria's joint record appearance holder. 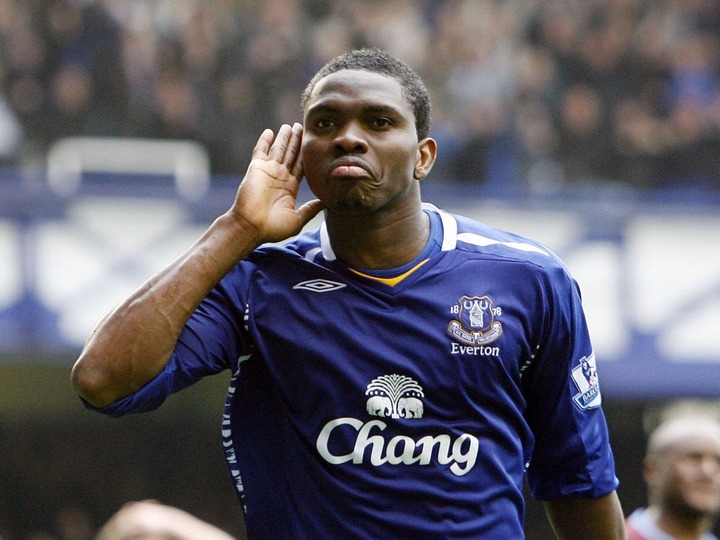 Will there ever be another Nigerian player in the Premier League who would best Kanu's exquisite style of play, Mikel’s composure, get more goals than the "The Yak", and excite more than the emperor Austin Jay Jay Okocha? Presently, the odds are heavily stacked in favor of an employee at Leicester named - Onyinye Wilfred Ndidi. Going by performances, it wouldn’t be a bad punt.