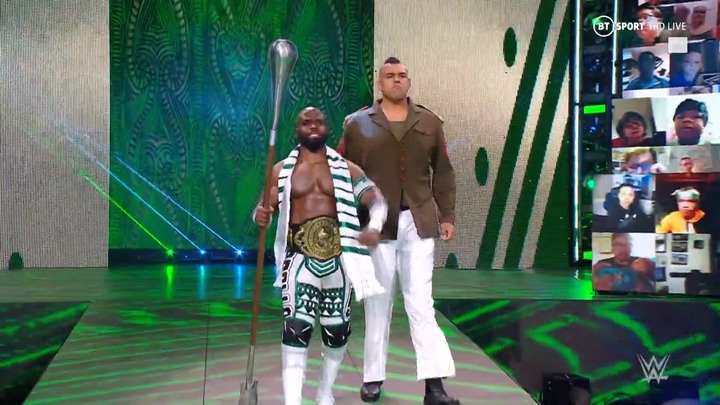 The latest edition of SmackDown Live saw Nigerian wrestler Apollo Crews return back to in-ring action for the first time since the 37th anniversary of WrestleMania. 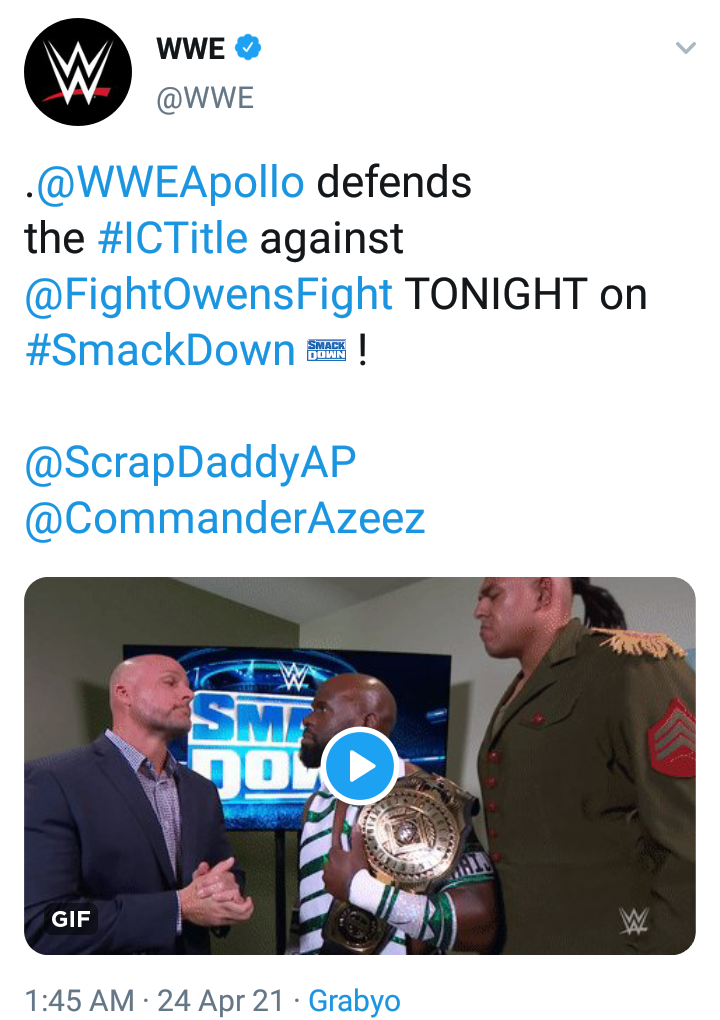 At the Backstage area, Apollo Crews and his compatriot Commander Azeez confronted Adam Pearce over Big E getting another chance to fight for the WWE Intercontinental Championship. 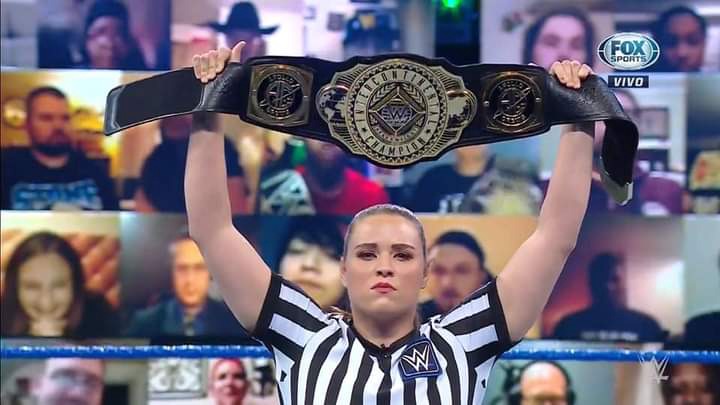 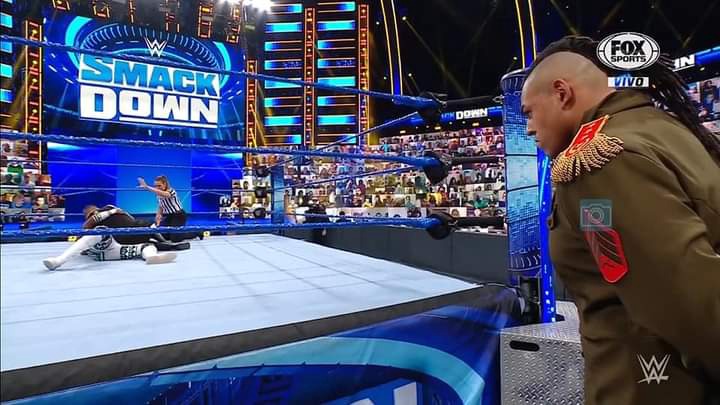 WWE producer, Adam Pearce said Big E will get the title opportunity when he is ready, and he gave Apollo Crews a sudden announcement that he will face Kevin Owens later in the night. 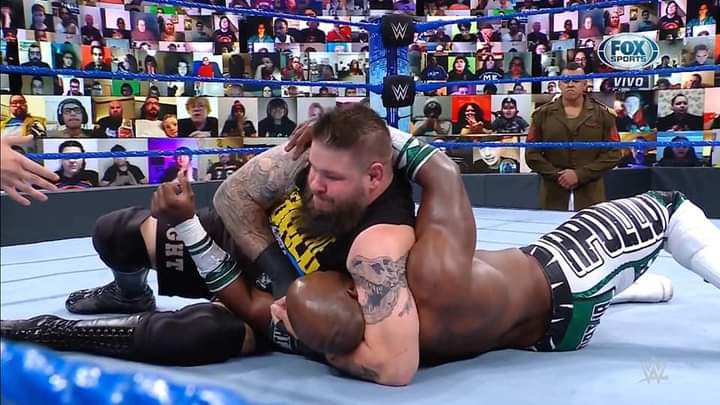 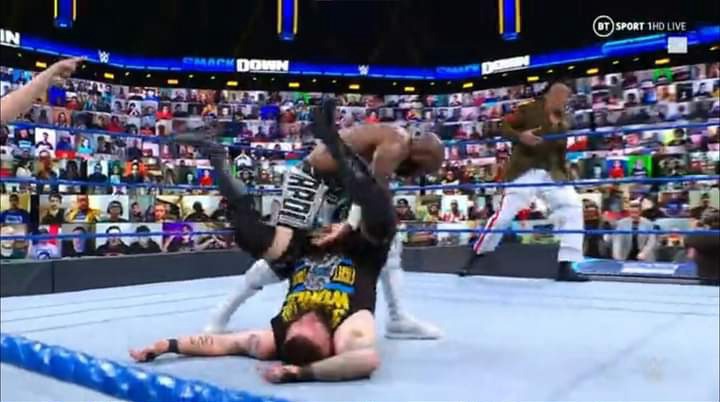 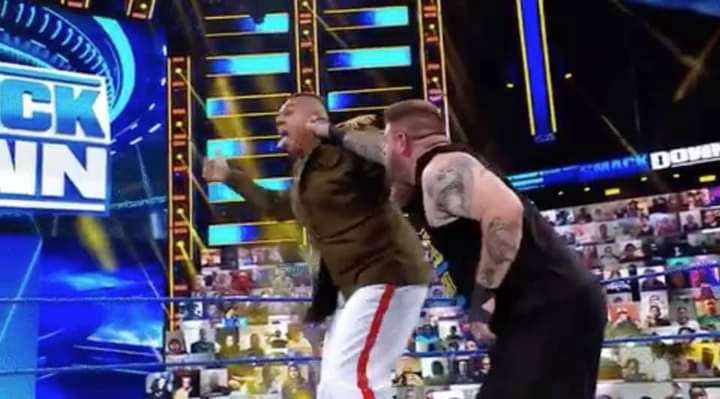 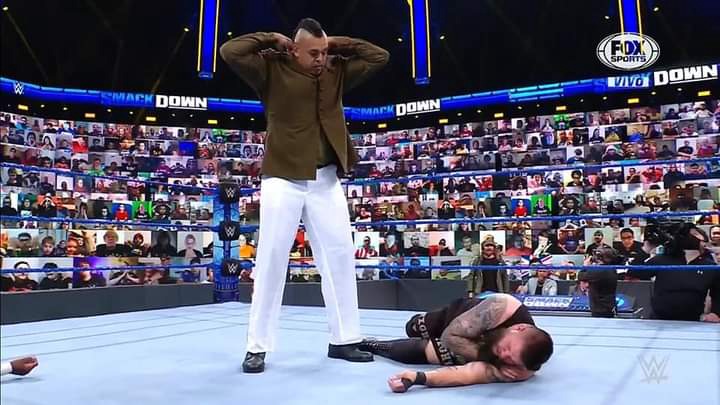 After the 3 count, Owens immediately attacked Apollo Crews with a Stunner until Commander Azeez jumped into the ring to destroy Kevin Owens with the "Nigerian Nail". 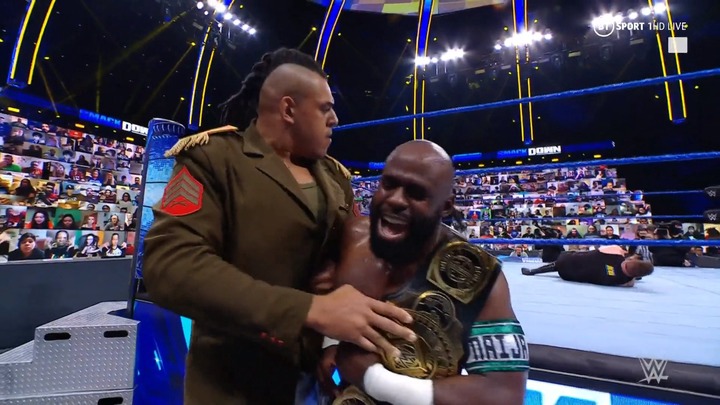 Canadian wrestler Sami Zayn who joined the commentary team during the match was there to mock Kevin Owens after the match by dancing around the ring.