Jon Moxley was recently a part of Renee Young's Oral Sessions (h/t Wrestling Inc), where he talked about the issues he faced early on in WWE when it came to interacting with the fans and talking to them more. 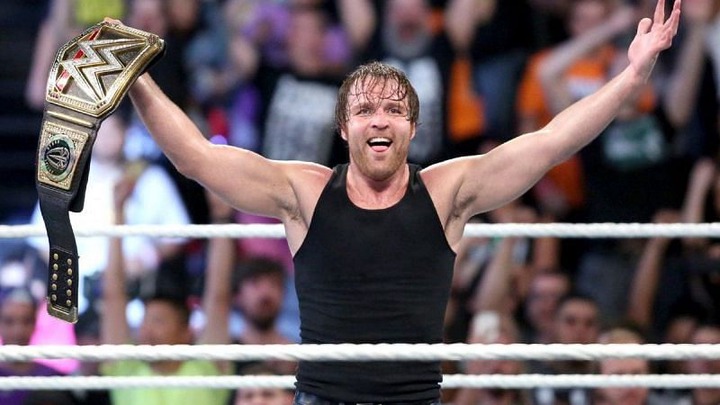 Jon Moxley talked about his experience in the beginning of his career and how he had to transition from a place where no one knew where he was to being one of the most well-known names in WWE. As The Shield, Jon Moxley, Roman Reigns, and Seth Rollins were famous among the WWE Universe, but Moxley admitted that he could not handle fans well early on.

"When [The Shield] first started doing meet and greets, we were in FCW, an island literally of nobodies; nobody knew who we were. The group I was with, we were from the equivalent of a farm system in wrestling in Florida. We were nobodies. Nobody knew who we were. We were making gas money, came upon the scene in a matter of months later. All of a sudden, we're the fu--ing Backstreet Boys.|

Jon Moxley said that he didn't know how to talk to fans and that the experience was extremely odd for him as he could not understand how he would behave with the fans. With more time, Jon Moxley was able to develop more social skills, although he was never one of the most social wrestlers.

"We were like a boy band. We were going to malls and chicks are going crazy. I'm meeting all these people, and I didn't know how to talk to people. It was very weird to me. People were like, 'Oh my God, I love you so much!' And I'm like, 'I don't know you. Thank you.' I didn't know to behave in a scenario.

"Being in WWE kind of helped me learn better social skills. I learned how to talk to people I don't know, especially in these Make-A-Wishes, these people are shy. You have to make these good experiences with them. I learned how to be a person in the public eye. It took actual work. It's like, a skill to develop."

It's safe to say that Jon Moxley's attitude, endeared him to the audience even more, who were intrigued by the one member of The Shield who used to keep his thoughts to himself.