By FootballCEO (self media writer) | 26 days ago 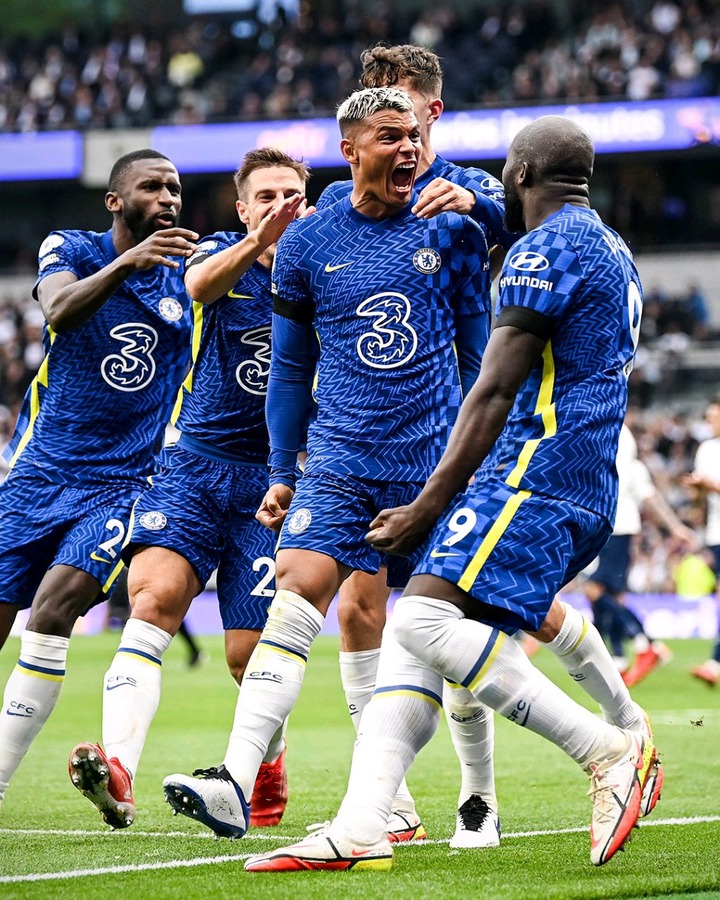 Chelsea's display tonight is what we call beauty in football. The blues standards were so much higher than anything else, comparison is pointless I must say. Chelsea once again defeated Nuno Esperito's Tottenham Hotspur 3-0 at away. Chelsea are so much looking like title contenders after putting up an impressive performance at Tottenham Stadium, a match which deserves to be re-watched over and over again.

Starting from Kepa Arrizarbalaga to Romelu Lukaku, all performed extremely well. Thiago silva won the king of the match, his performance was vintage, beyond valuation, beyong forgery or immitation. And likewise N'golo Kante, who was also magnificent. 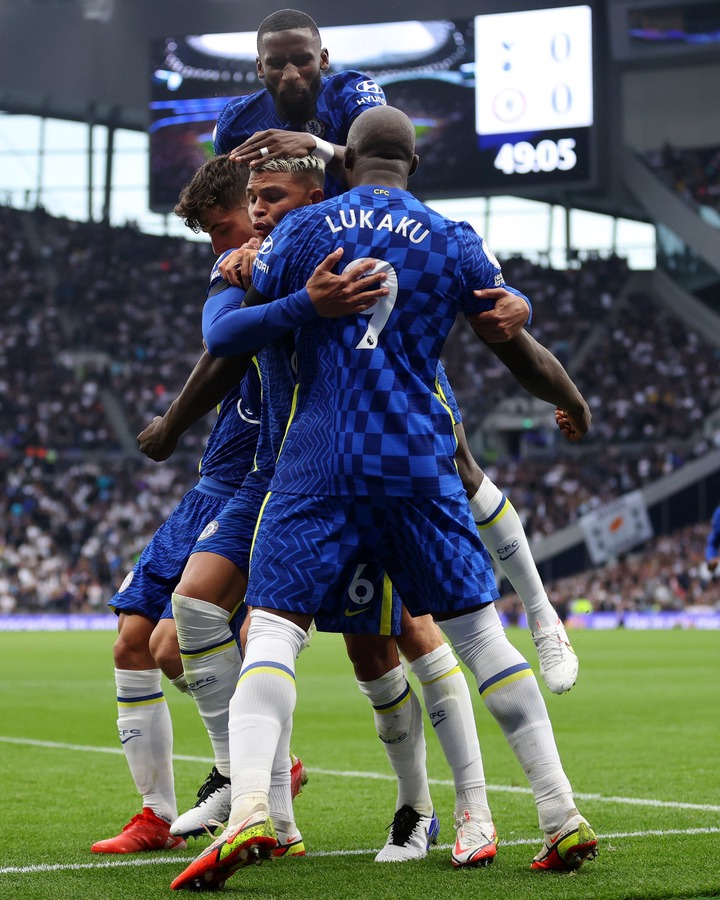 However, Arsenal and Tottenham Hotspur are traditionally London teams. Crystal Palace is also a London team, and it appears that Chelsea has met with these three clubs in the last six weeks, and the blues has been in all three games. 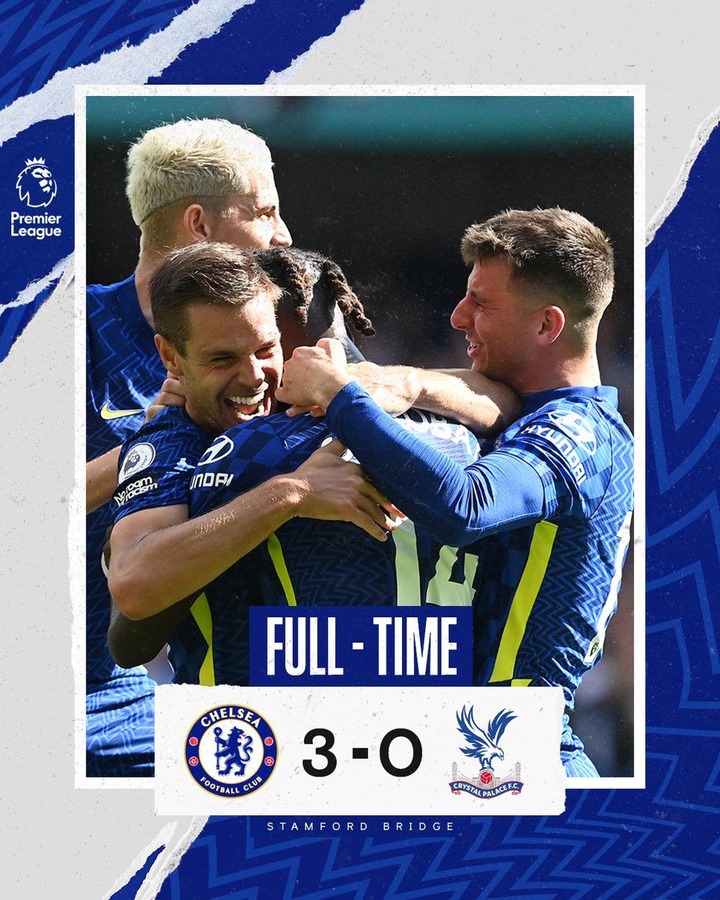 The blues conquered in their first London Derby, coming out of the match with a 3-0 win at Stamford Bridge. It was an easy win for the Thomas Tuchel. 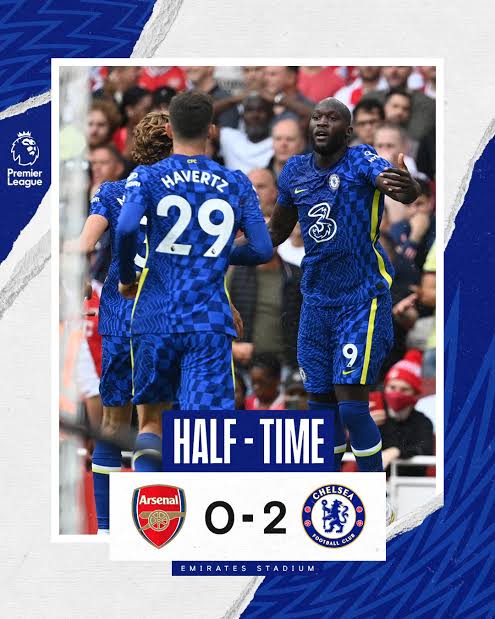 Chelsea played their second London Derby immediately with Arsenal, after playing Crystal Palace. Many thought Chelsea will be humiliated by Arsenal but the Blues also conquered. Goals from Romelu Lukaku and Reece James helped the South West Londoners defeat the North Londoners 2-0 at Emirates Stadium. 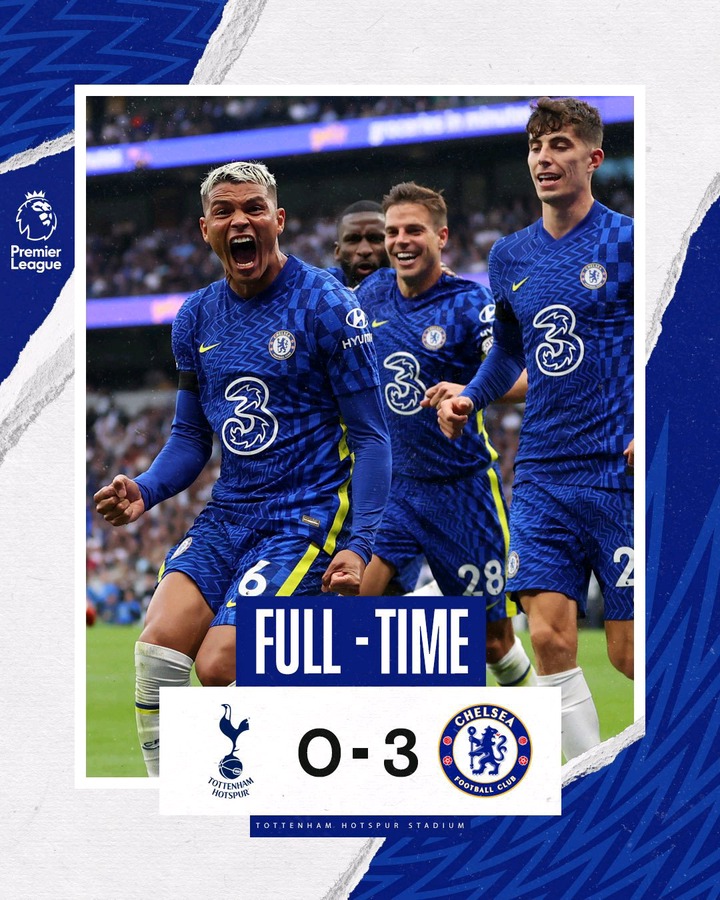 Chelsea really humiliated Nuno Esperito's side, the London Club Tottenham were treated like school boys in today's London Derby game against Chelsea. Tottenham Hotspur in the first half looked like they'd be a difficult side to beat, but Thomas Tuchel's second half tactical brilliance helped the blues conquer Spurs. Tuchel switched to a 3-5-2 attacking system after Substituting Mason Mount for Kante in the second half. And this change brought composure to Chelsea's midfield. It didn't take up to 15 mins before Thiago Silva scored the first goal, Kante and Rudiger also made sure Chelsea finishes the game with a 3-0 win. 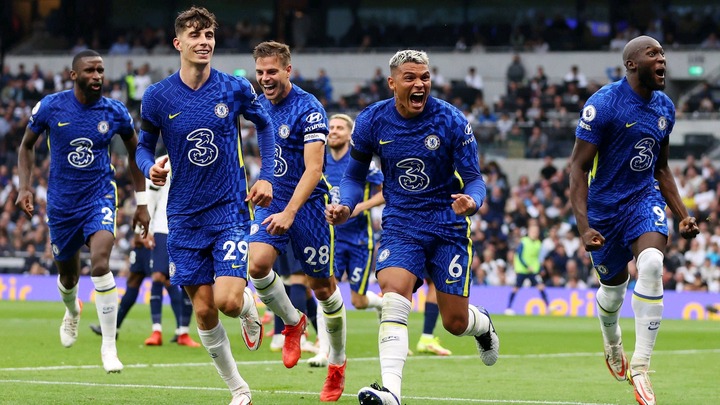