Born January 19, 1942 in Louisville, Kentucky, Cassius Marcellus Clay Jr, better known as Muhammad Ali, is an American boxer. He excelled in his sport and was crowned world champion on several occasions. Mohamed Ali became a boxer because his bike was stolen when he was 12. 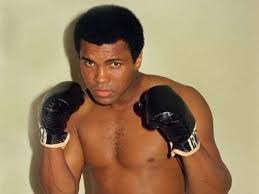 In 1954, a 12-year-old, who would later turn the boxing world upside down, had his bicycle stolen while in an auditorium for free food at a festival. 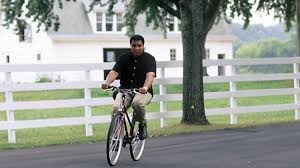 Frustrated, this young child reports the theft to a police officer named Joe Martin, telling him that he was going to beat up whoever had committed the theft. The policeman, who was a boxing trainer, told him that he must first learn to fight by offering to become his apprentice. 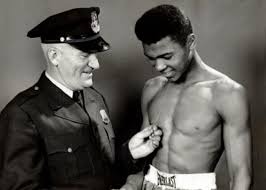 Six weeks after he started training with Joe Martin, Clay fought and won his first competition. Over the next few years of his training, Martin became more and more impressed, not only with Clay’s speed and strength but even more by his mental quickness and his ability to take a punch without the twin dangers of getting mad or going into a panic. 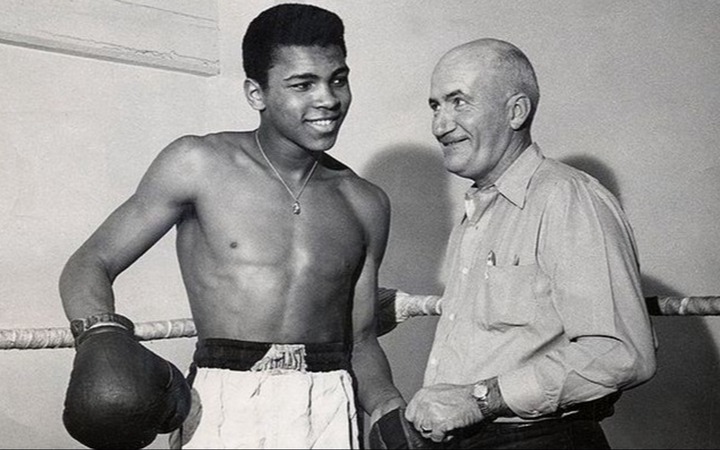 In high school, Clay became a very successful amateur boxer. He won six Kentucky Golden Gloves Championships and two nationals. Clay only had 100 wins and 8 losses when he had graduated. Throughout the 1950s, he also appeared on a local television program Tomorrow’s Champions. He was paid four dollars for each televised match.

In 1960, he won the gold medal at the Olympic Games in Rome in the light heavyweight category. The same year, his first professional fight against Tunney Hunsaker takes place. 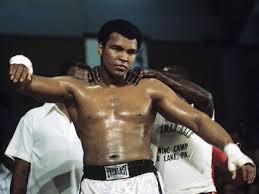 February 25, 1964 is a key date in his career. He wins the fight against the legendary Sunny Liston, the defending champion, who everyone thought was invincible.  From then on, Cassisus Marcellus Clay was recognized in boxing by his peers as one of the best boxers in the world.

In 1965, the boxer converted to Islam and joined the "Nation of Islam". He changes his name to Mohamed Ali. He is noted for his political ideas and gets closer to Malcolm X.

In 1967, he refuses to participate in the Vietnam War and he was punished, with the cancellation of his boxing license. He recovered it in 1970, after he was acquitted by the Supreme Court of America. African-American boxer Muhammad Ali, who real name Cassius Marcellus Clay, saw his 1964 world heavyweight champion title stripped because he refused to serve in Vietnam war.  He regain the world title in 1974 against George Foreman in Kinshasa 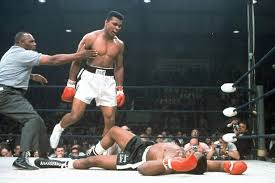 In 1982, he was diagnosed with Parkinson's disease. This definitely marks the end of his boxing career. With 56 victories out of 61 fights, his opposition to the Vietnam War and his fight for equality for black Americans, Muhammad Ali was elected in 1999 by the BBC. For sports personality of the twentieth century. The same year, his daughter, Laila Ali, also became a boxer.

In 1996 and 2012, he participated in the opening ceremonies of the Olympic Games in Atlanta and London. He died on June 3, 2016 from respiratory problems.