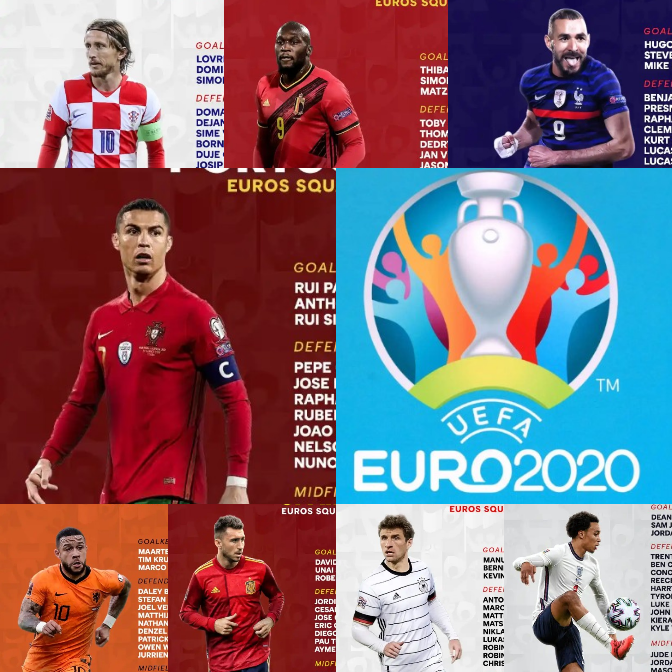 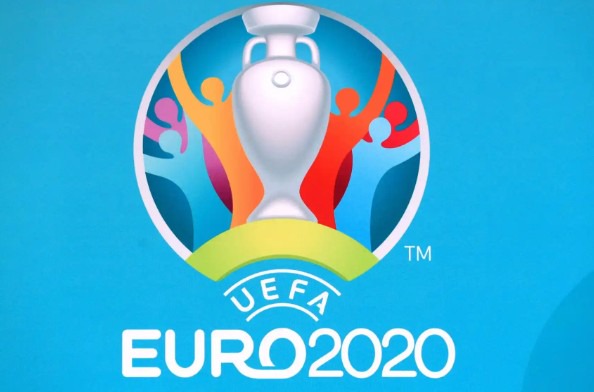 Euro 2020 tournament has now commenced in earnest with the first match being the match between Turkey and Italy. There are some National Teams every football fans should look out for as the favourites to win the tournament this time around.

Looking at the current squad depths of these national teams, it is difficult for anyone to write them off as the contenders for the Euro 2020 Championship.

Didier Deschamps's team squad will be cherishing their new addition, Karim Benzema. The Real Madrid striker has established as well as proofed himself as one of the currently most potent strikers in the world. His addition will be a great edge for the team in the attacking option. 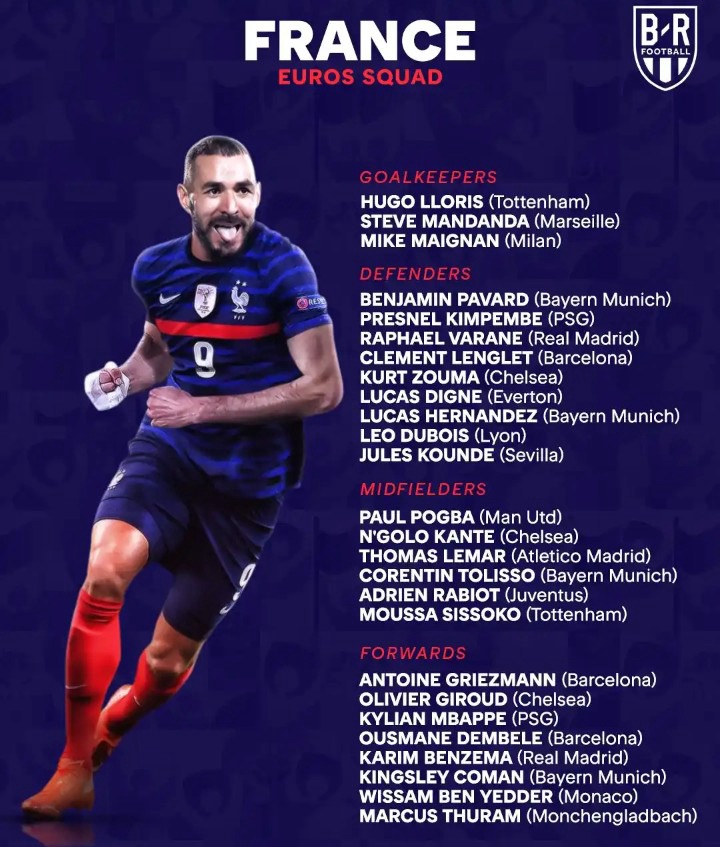 In the midfield, there are two world-class midfielders whose pairing has been yielding good results for the team so far. This is Manchester United's Paul Pogba and the recent Champions League winner, Ngolo Kante.

Their defence line is currently the most envied in the tournament as we see the likes of Chelsea's Kurt Zouma, Bayern Munich's Benjamin Pavard, Sevilla's Jules Kounde and others.

All these are being complemented for the World Cup defending champions with Tottenham Hotspur goalkeeper, Hugo Lloris in between the goal posts. 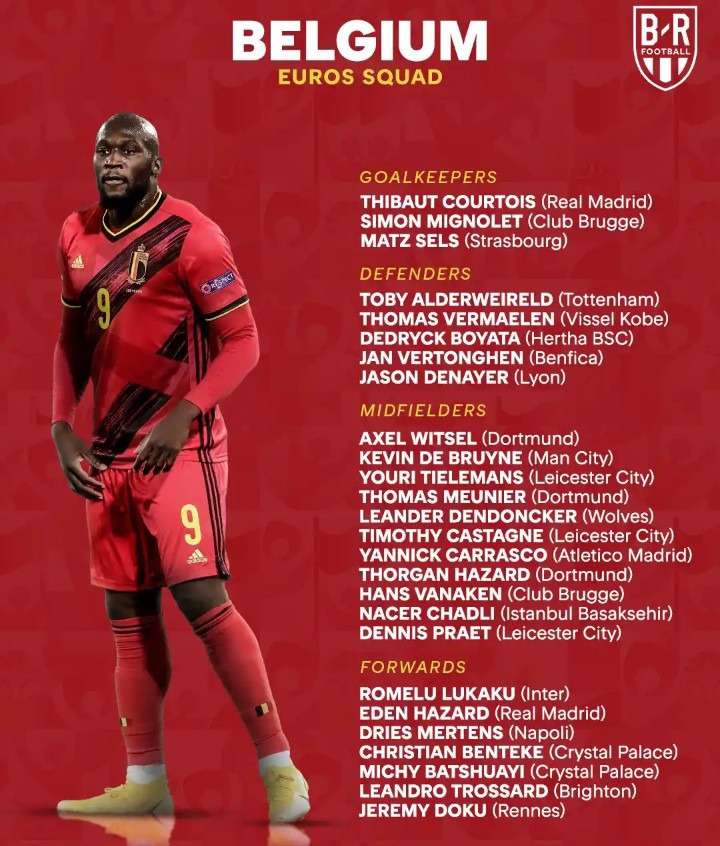 Their current attacking line is reliable with the recent Serie A winner and striker, Romelu Lukaku as striker, Napoli's Dries Mertens and Eden Hazard on the wings. Hazard's fellow Real Madrid teammate, Thibaut Courtois is a blessing to the team as a goalkeeper.

This Luis Enrique's team squad can be called a star-studded one despite the absence of their defence talisman, Sergio Ramos. Their defence is still solid with world-class defenders from Chelsea's Cesar Azpilicueta, Barcelona's Jordi Alba and Eric Garcia, Aymeric LaPorte to Leeds United's Diego Llorente and others. 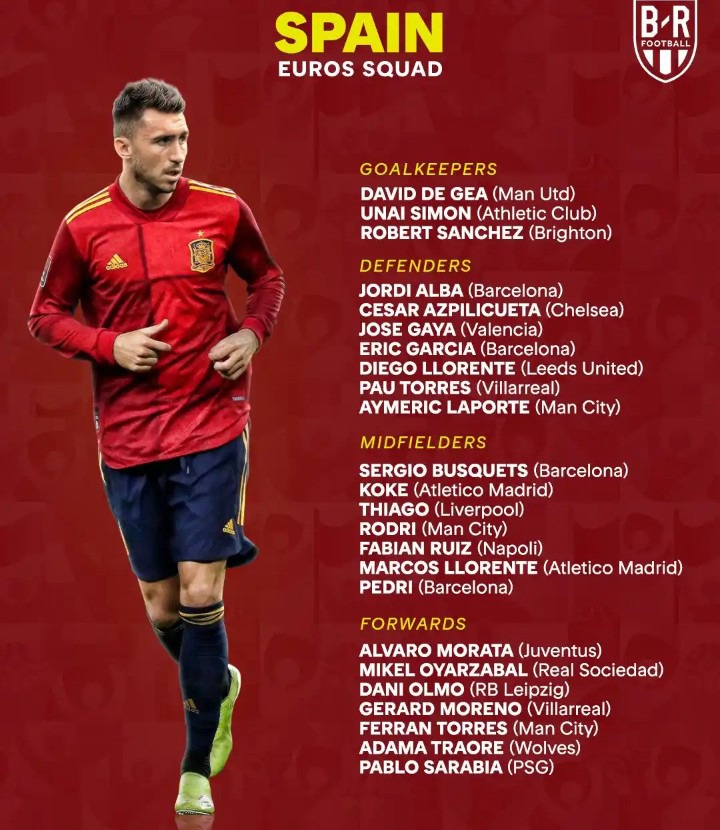 They have midfielders like Sergio Busquets, Liverpool's Thiago Alcantara, Marcos Llorente, etc. They currently have a new young talent, Pedri in their team squad.

Below are the next Seven National Teams which follow the earlier mentioned ones as the favourites to win the Euro 2020 trophy: 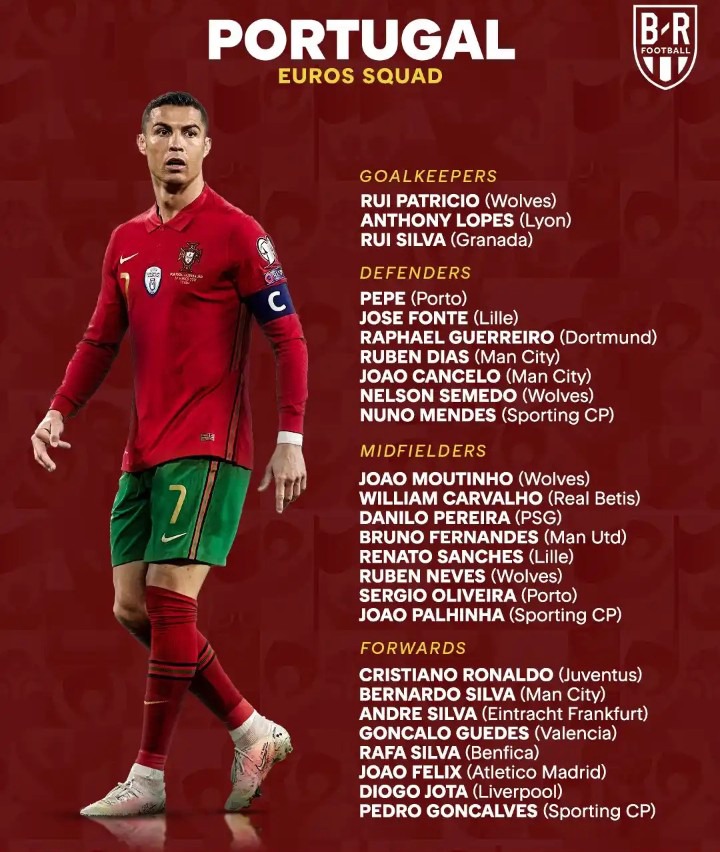 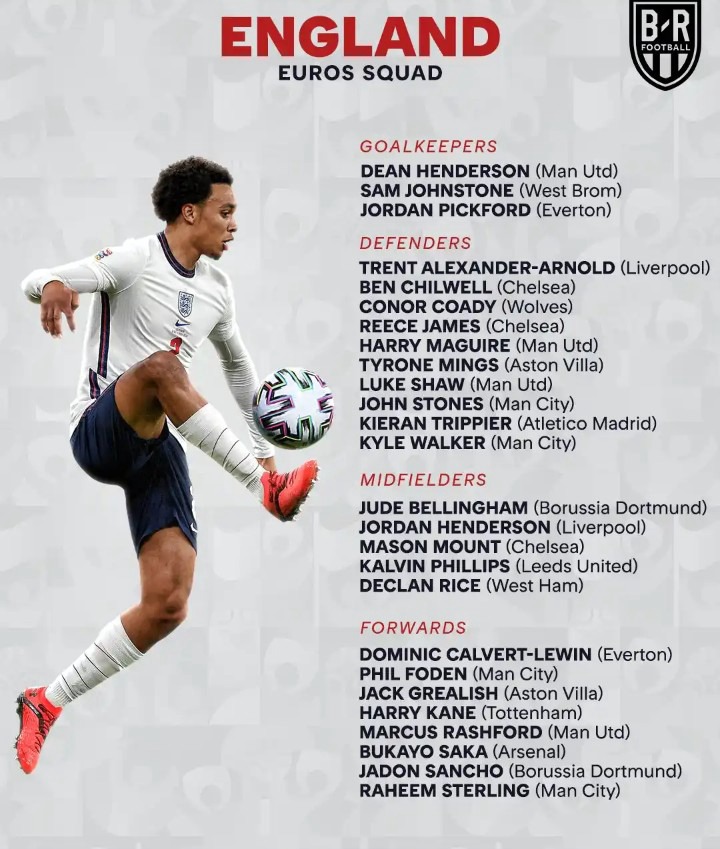 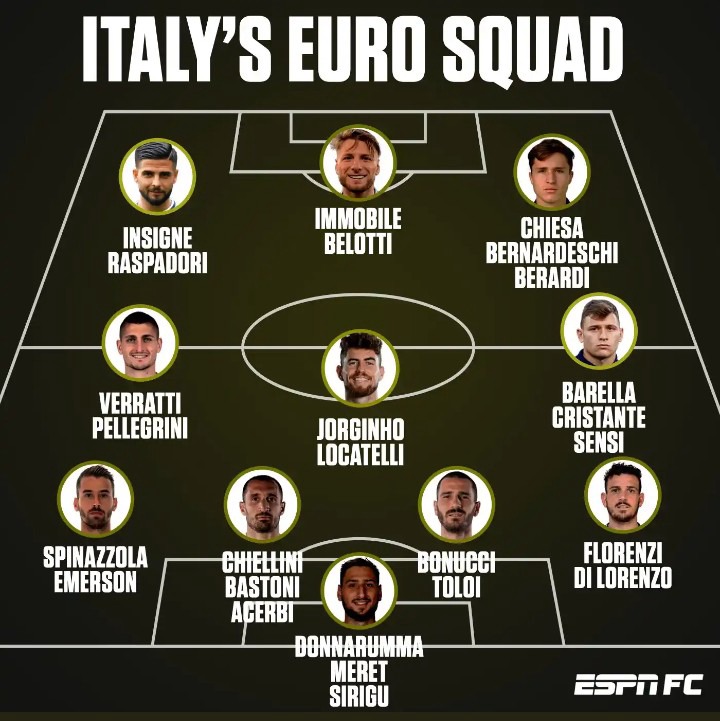 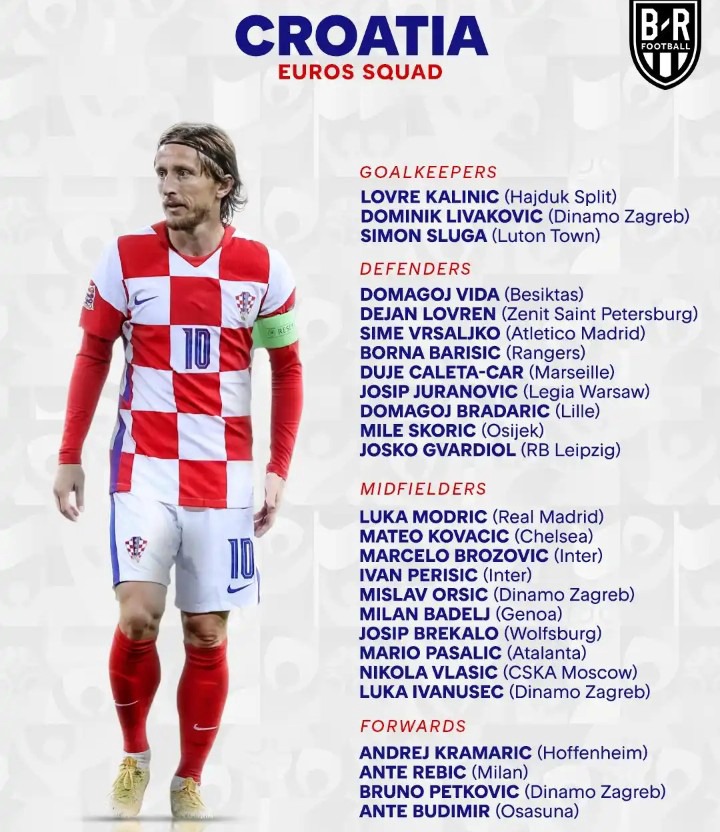 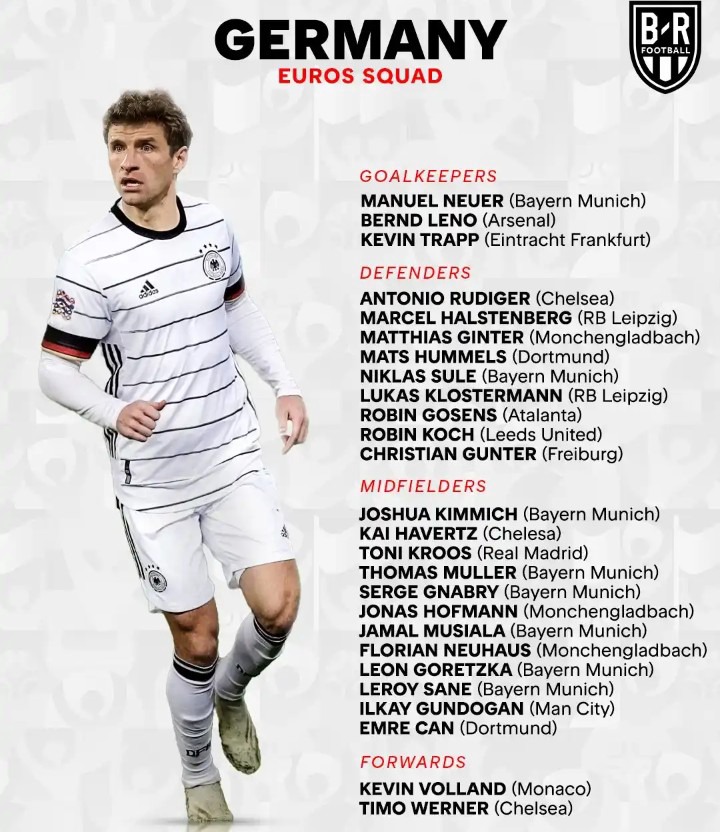 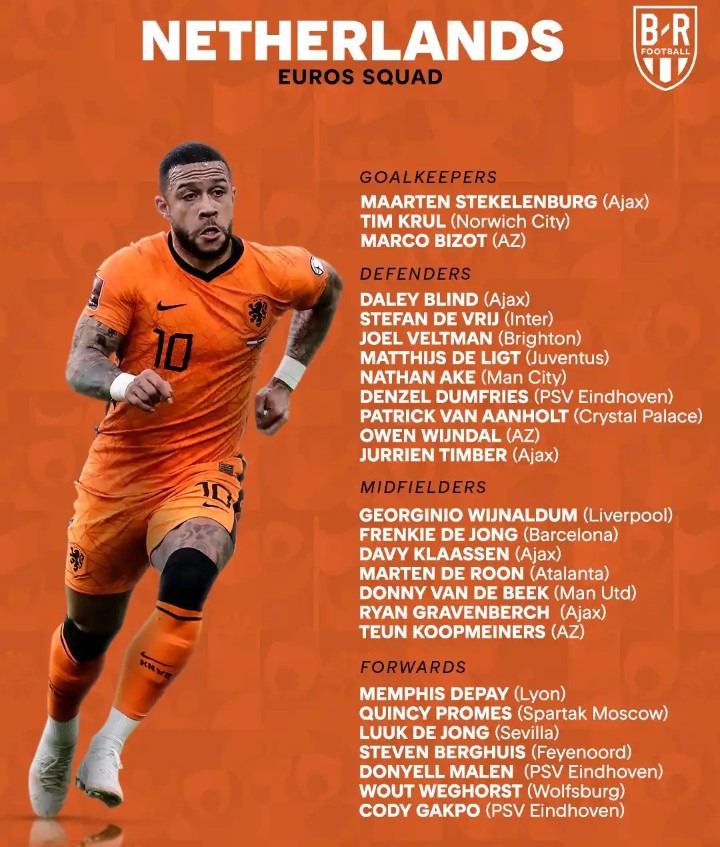