By Justinnick (self media writer) | 2 years ago

Manchester City won all five meetings against Arsenal from 2018 as they made their third face off this season in the FA Cup Semi's. 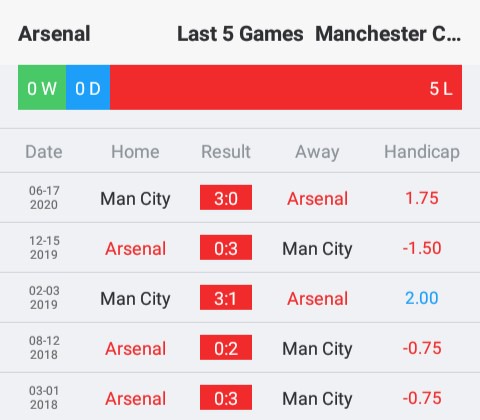 Arsenal eventually claimed their first win against the Citizens this season as they defeated them 2-0 to qualify for the FA Cup finals.

Alexander Lacazatte found the net in the 14th minute but he was in an offside position as the goal didn't count. 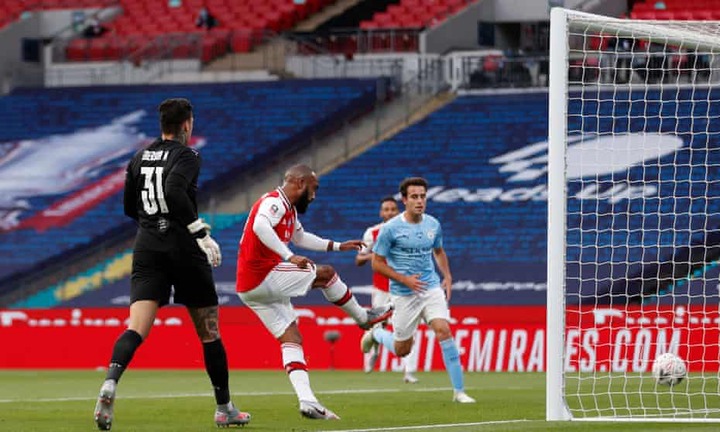 Aubameyang scored the opener in the 18th minute as he made use of a cross from Pepe to give Gunners the lead at 1-0. 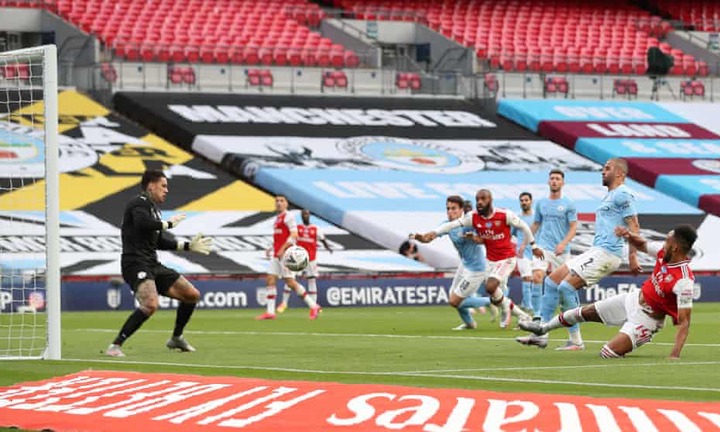 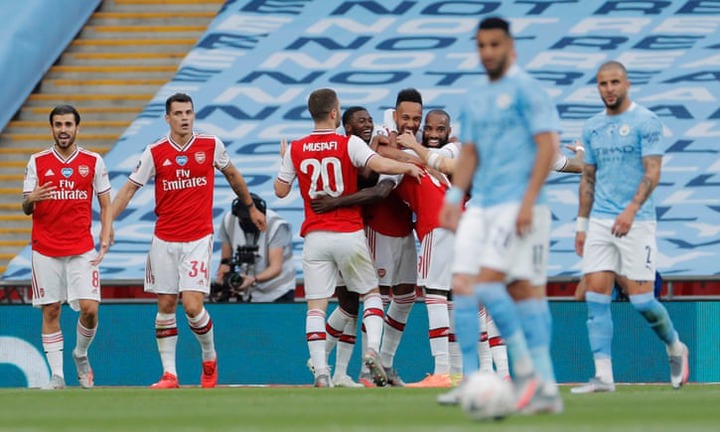 Manchester City were dominant on possession but failed to get a shot on target in the first half of the match.

Mustafi almost got the second goal through a header in the 41st minute but Ederson made an incredible save to put the ball out.

Mendy and Mahrez got attempts on target in the start of the second half but Martinez denied them the chance of getting the equaliser.

Aubameyang scored a brace to double Arsenal's lead in the 71st minute as he made use of a 1 on 1 situation to put the ball past the legs of Ederson giving the Gunners a 2-0 advantage. Kieran Tierney provided the assist. 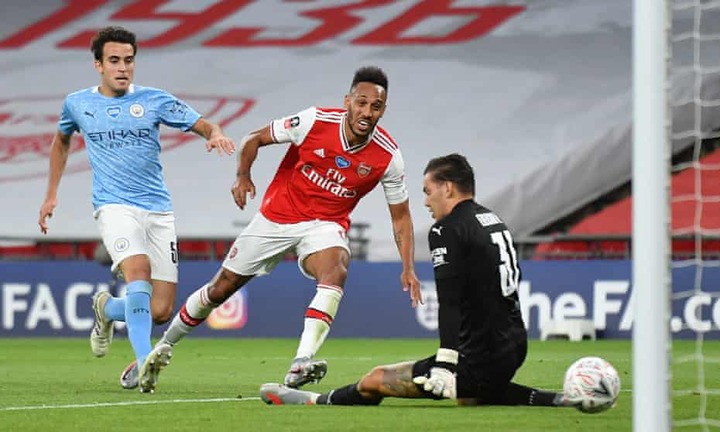 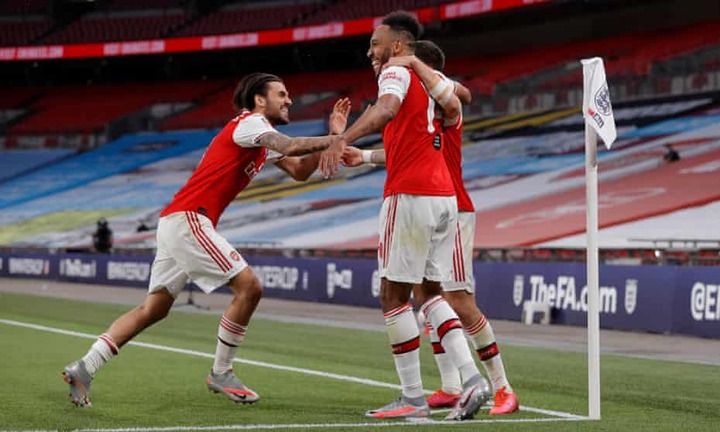 Aubameyang clinched his 27th goal of the season through that lovely goal.