After the midweek UEFA Champions League clash against Malmo on Wednesday, Chelsea football club is set to return to action on Saturday where they will face Norwich City who are currently occupying the bottom table of the English Premier League.

The Blues will be very desperate to collect all three points to maintain their place at the top of the table. Although Norwich are currently in a poor run of form, but as we all know, the Premier League is unpredictable. Its unpredictable nature makes it very difficult to give a score before the match. 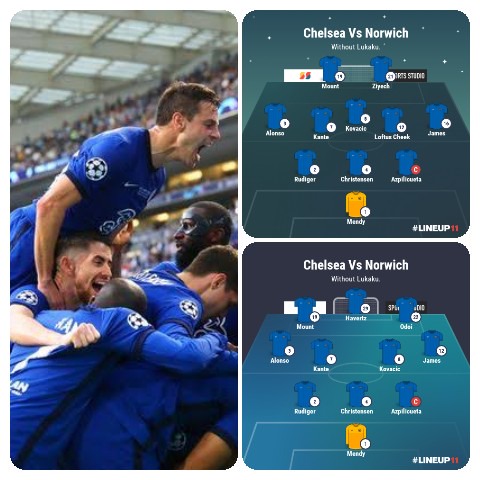 Chelsea will be without their two strikers, Romelu Lukaku and Timo Werner, after suffering injuries during the UEFA Champions League match against Malmo. The only good news is Christian Pulisic who is nearing his return from an injury he suffered during international duty. 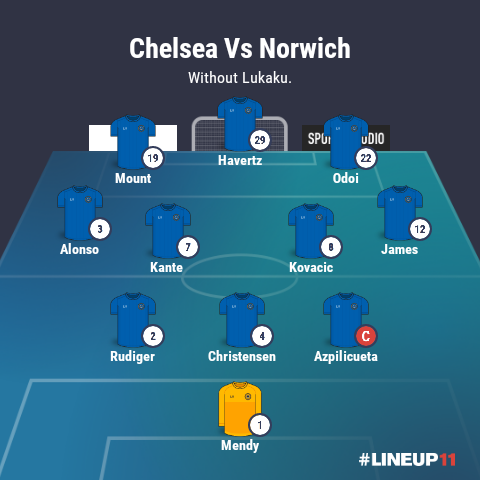 Chelsea midfielder Billy Gilmour will be unable to face his parent club Chelsea because he's on loan in Norwich, not a permanent deal. Enough of the analysis. Here is how the Blues could lineup to thrash Norwich City. The first lineup is the same as the lineup Chelsea used against Manchester City in the UEFA Champions League final. 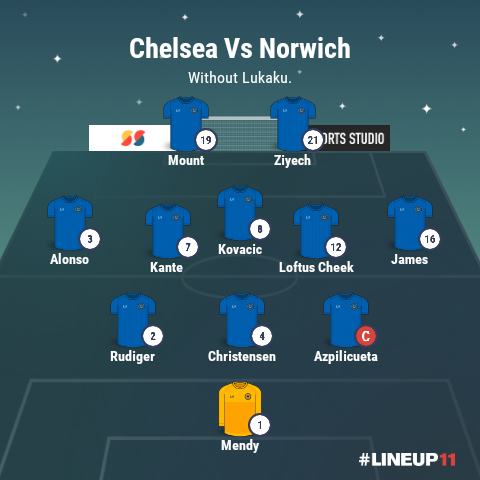 Havertz will be deployed as a false number 9, while Mount and Odoi will play on the left and right-wing respectively.