Ole Gunnar Solskjaer, the manager of Manchester United, has refused to give a timetable for Raphael Varane's return from a groin issue. 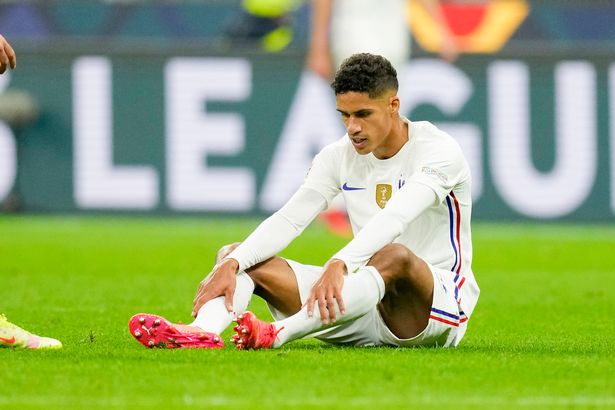 The 28-year-old defender hasn't played since suffering an injury in France's Nations League final win over Spain earlier this month.

"As I mentioned, putting a time limit on guys you don't know is difficult, but he's been on the grass, so who knows?"

As his squad faces a dreadful run of fixtures, Solskjaer will be eager to get the World Cup winner back in action as soon as possible.

Varane isn't Solskjaer's only injury issue, with four other players undergoing late fitness tests ahead of their critical match on Sunday.

But Solskjaer is optimistic, telling reporters, "We will give everyone time... Games like Wednesday will inevitably result in bumps and bruises.

"And certainly, two or three of us are nursing injuries from that game, but I'll give everyone some time." I'm hoping to be able to choose from a completely fit squad. It's possible that I'm missing two or three.

"Yes, Bruno may be one of them, and he could be a skeptic, but he's doing everything he can to prepare."

Cristiano Ronaldo, who scored the game-winning goal against Atalanta, is almost expected to start against Liverpool.