The Barclays FA Women Soccer League was in full action today as Manchester United hosted Chelsea. The reigning women Champions Chelsea went one-on-one with their arch-rival Manchester United away from home in their third game of the season 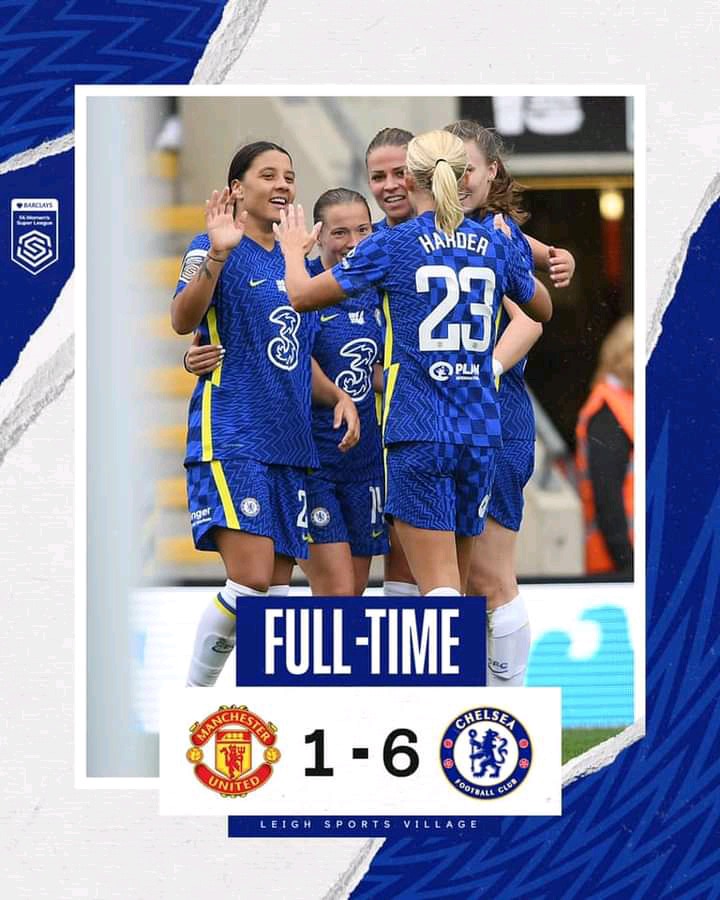 Chelsea women dominated the game and had the most attempts on goal with six finding the back of the net. Chelsea coach, Emma Haye's started with a strong lineup with the likes of Samantha Kerr, Franck Kirby, Erikkson ad Harder starting the match. 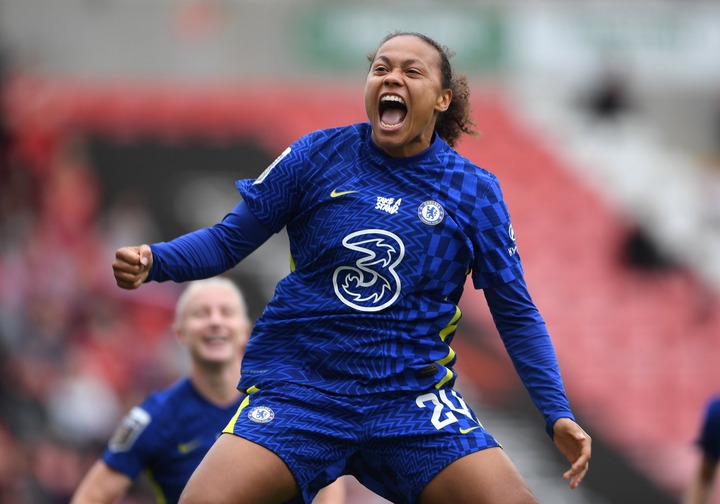 It only took two minutes before Franck Kirby gave Chelsea the lead and Pernile Harder double the lead in the 24th minute of the game. Chelsea continues to press the Red Devils and got the third and fourth goal of the game through Samantha Kerr who scored in the 41st and 51st minute respectively.

The blues made it five when Spence scored in the 87th minute while Fleming wrapped it up in the 92nd minute of the game. Manchester United only goal of the game was scored by Russo in the 48th minute and it wasn't enough to give them at least a point from the game. 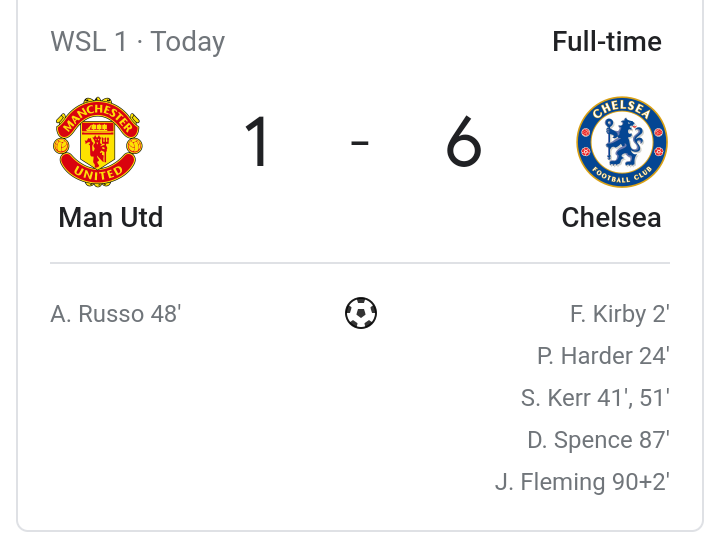 Star Player Of the match:

The star player of the match is no one other than the impressive Samantha Kerr who scored twice today. Samantha Kerr scored two goals and provided one assist in today's game. 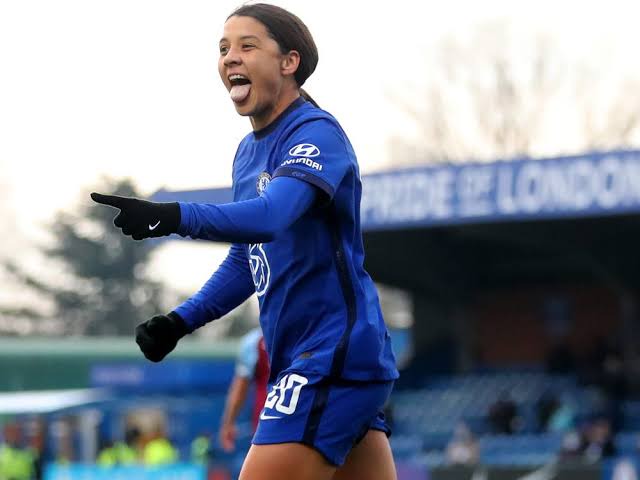 Chelsea win over Man United today saw them moved third on the table while Manchester United dropped to sixth on the table. 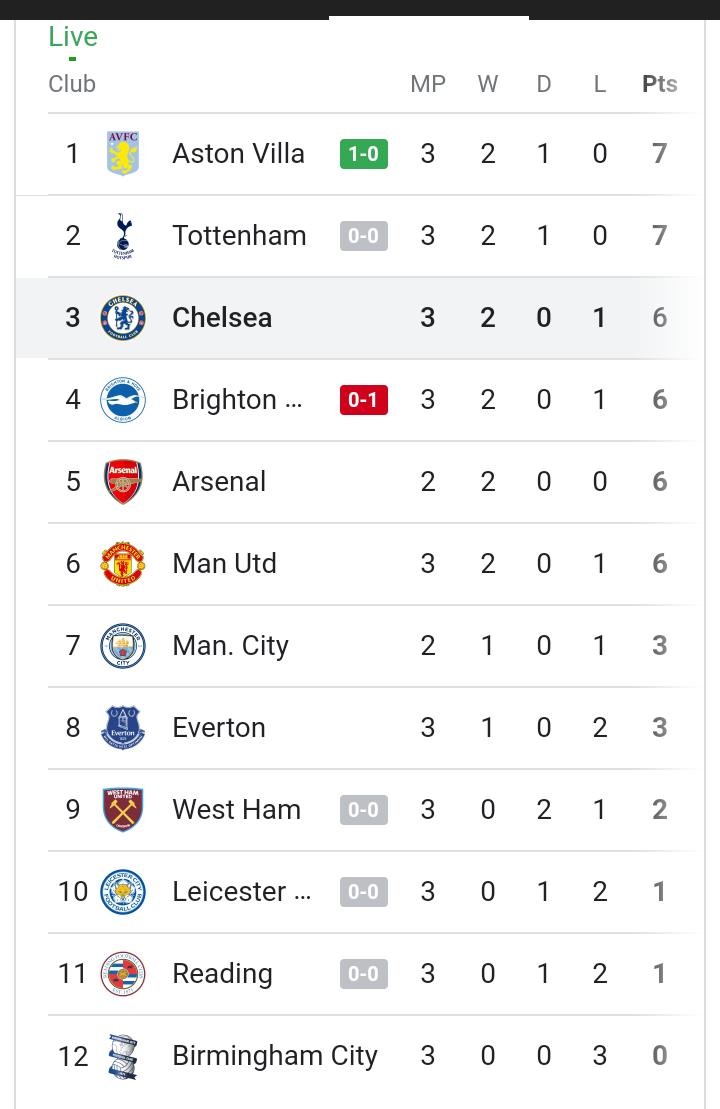