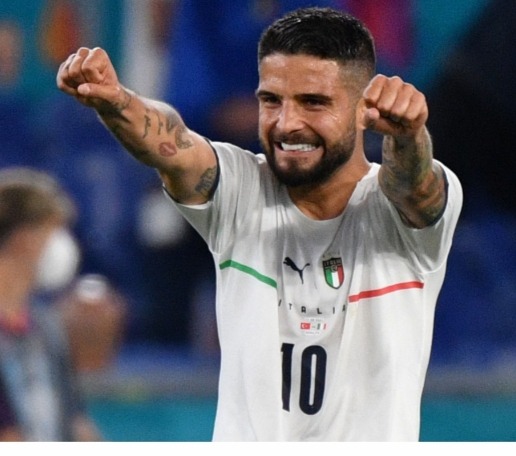 The 40 years old former Juventus midfielder showered encomiums on Lorenzo Insigne for his stellar performances so far, trusting the Napoli star and two others to make the difference against the Spaniards during the match starting 20:00 pm.

"He (Insigne) showed courage and the continuity he showed in his performances is a sign of a great step forward. Mancini will focus on him, Jorginho and Verratti, knowing that on the bench there are important alternatives such as Locatelli and Pessina. The matches, today more than ever. with five changes," del Piero, who scored 27 times in 91 appearances for Italy from 1995–2008 was quoted as saying by Italian outlet, Corriere dello Sport.

About 11,000 Italians out of 54,000 fans will be at Wembley rooting for their compatriots, who are looking to reach the final of the championship the fourth time, having achieved the feat on three previous occasions, winning the title in 1968.

Injured full-back, Leonardo Spinazzola, who will be watching the game on television in Italy, has sent a private message to his team-mates ahead of the game. The Roma player arrived in Italy earlier today from Finland, where he was operated upon by Dr Lempainen of the Hospital NEO in Turku after rupturing the Achilles tendon in a quarter-final against Belgium on Friday.