The Argentine captain, Lionel Messi was instrumental for his side against Bolivia in CONMEBOL FIFA World Cup Qualifier. His scintillating hatrick was enough for the reigning Copa America champions to secured the whole 3 points, in a match than ended 3 goals to nil. 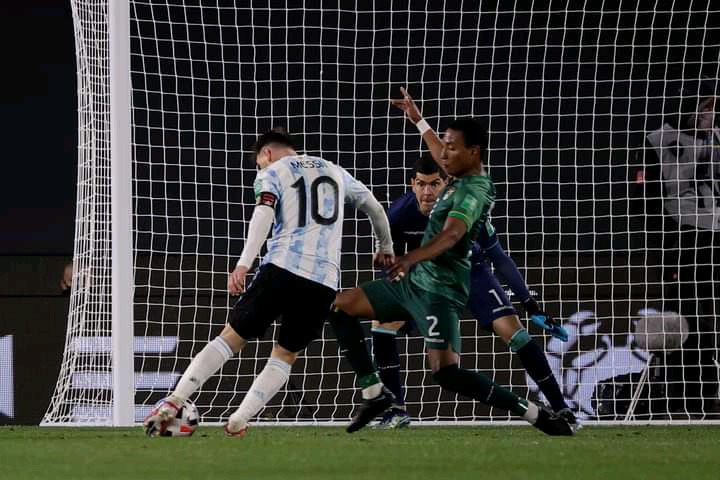 Leo opened the scoring in 14th minutes of the game to tied with Brazil legend Pele, who has previously holds the record for the most international goals (77) by South American. He went on to scored two more goals to break the record, which now put him in 79 goals for Argentina National team. 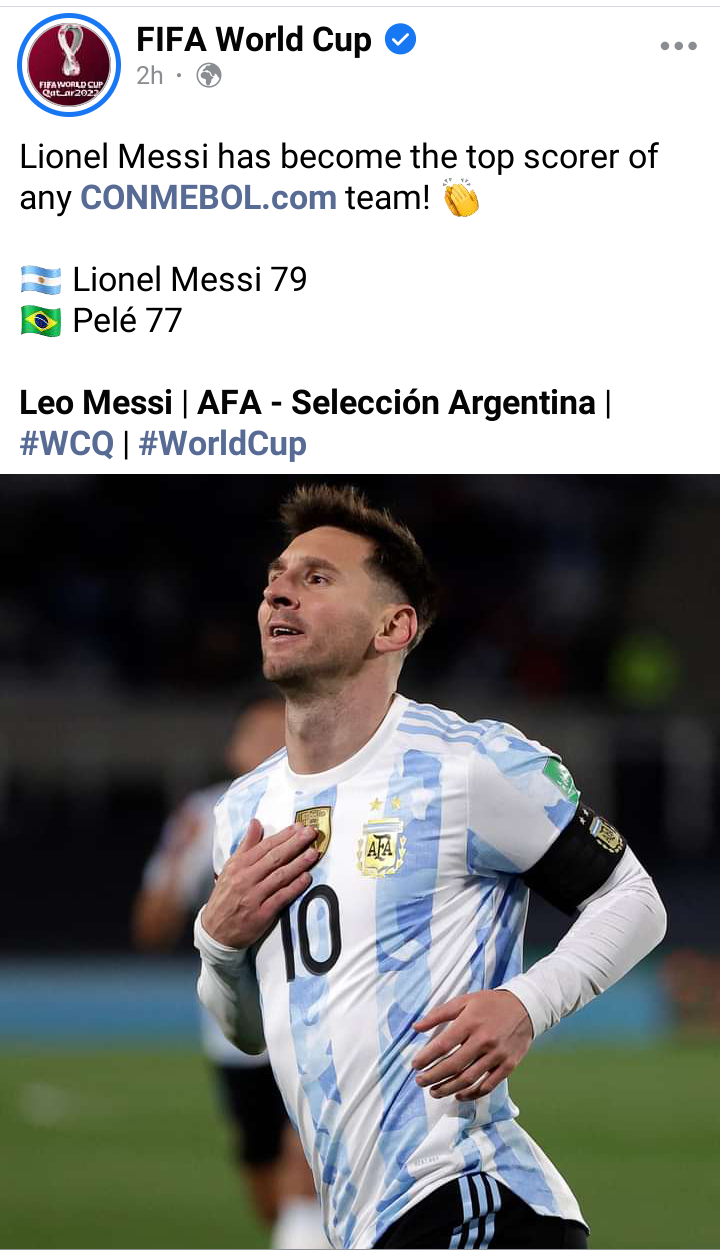 FIFA has taken to their official Facebook page to acknowledge his achievements. It's indeed a remarkable feat for the former Barcelona captain. Many fans across the globe also expresses their delight over this milestone, from arguably the greatest footballer of all time. 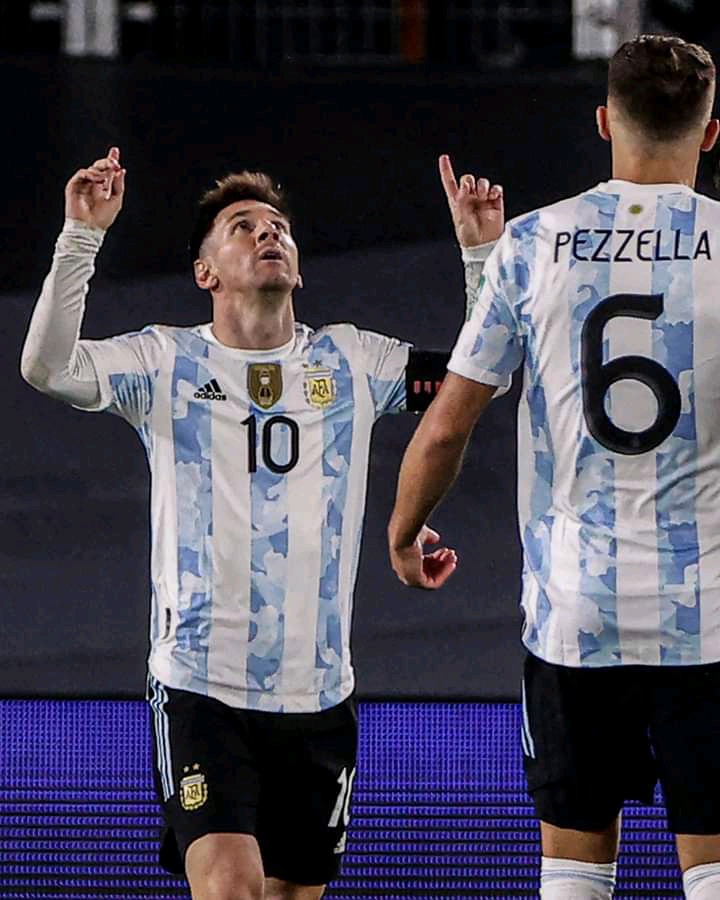 The former Barcelona captain goes emotional yet again, just like his expression when he achieved Copa America trophy last time. It's obvious that this personal record means so much to him too. Despite his age, he is still producing fantastic figures. He's widely tip to lead Paris Saint-Germain to European glory this season.

He is in line to win the next Ballon d'or award, which would make it 7th times in his career.